Sold in Japan only, Emperor-J surely represents impeccable craftsmanship, also puts herself on the front line of rare Japan vintage. Epiphone Japan Orange Label dates around 1987-1997 when Terada music took care of guitar build, featuring lighter and smaller body. When the production of Terada stopped in 1997 it was handed over by Korean and Chinese companies, and matching Japan quality was challengeable.

As a full hollow body, Emperor-J plays warm and bright, thanks to the larger bout and PAF pcikups. For a jazz practitioner she should be a very tempting instrument. To speak of the guitar condition, staying in gracefully fine condition over 20 years leaves a bit of traces on aging, such as moderate oxidation on metal parts and pickguard half broken, apart from which, no major cracks or chips seen the woods, neck being straight, and the sturdy hardshell case embraces all of this mesmerizing vintage.
Lastly, as a guide to decode the serial number, the 5 digit numbers can be interpreted as YCPPP, where Y=year. C=model code. PPP=production number. Model Codes (C) are 1 = NVJ, 2 = EMPEROR(-J), 3 = RIVIERA, 4 = SHERATON, 5 = CASINO, 6 = Limited Edition, 7 = EB-2, 8 = ES-930J, 9 = EMPEROR-J. 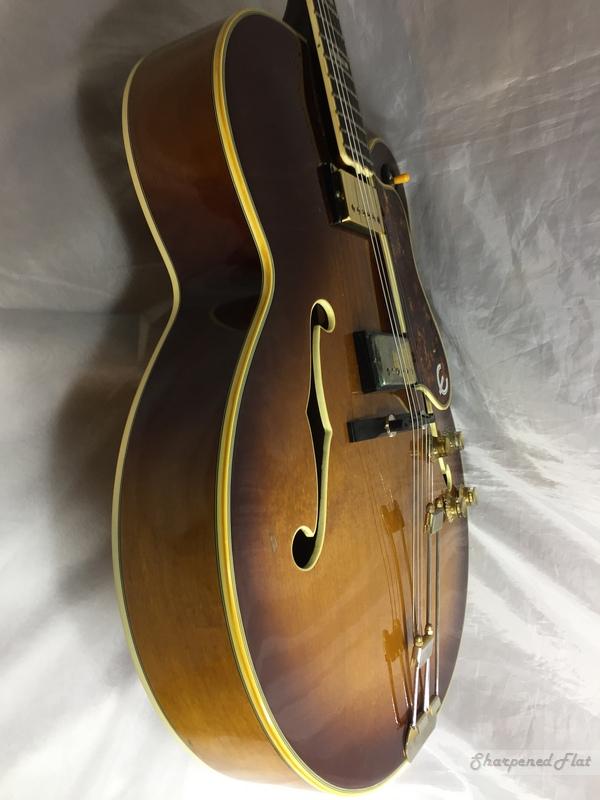 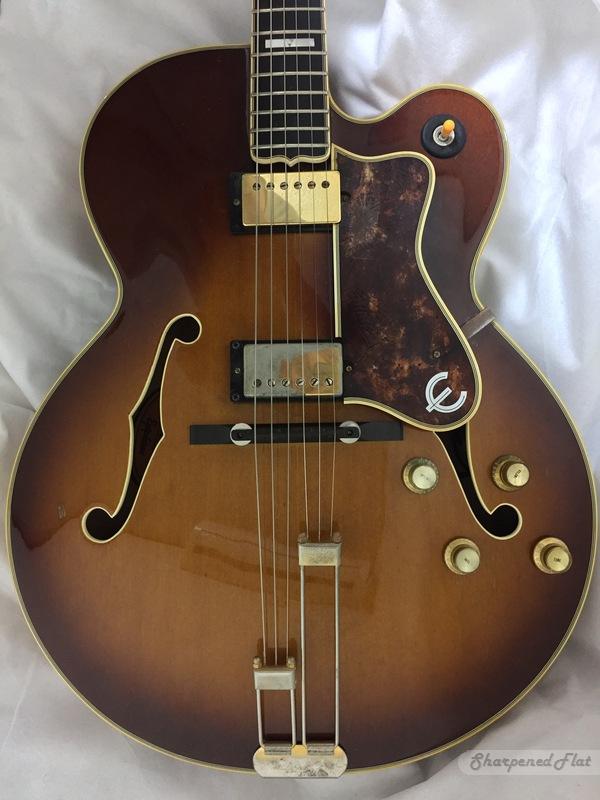 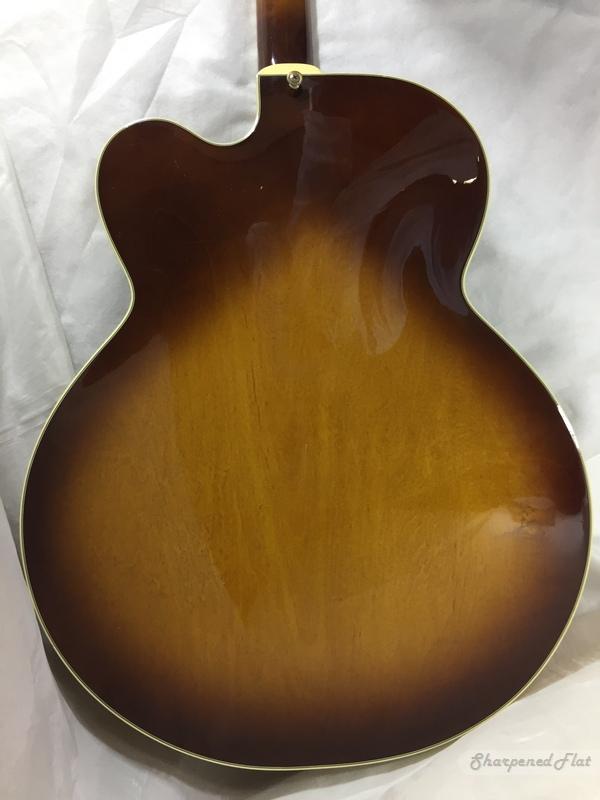 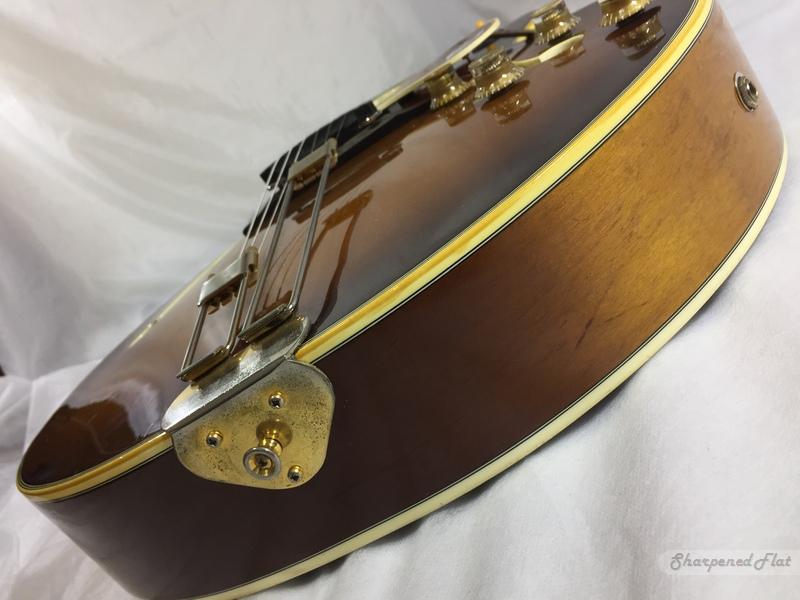 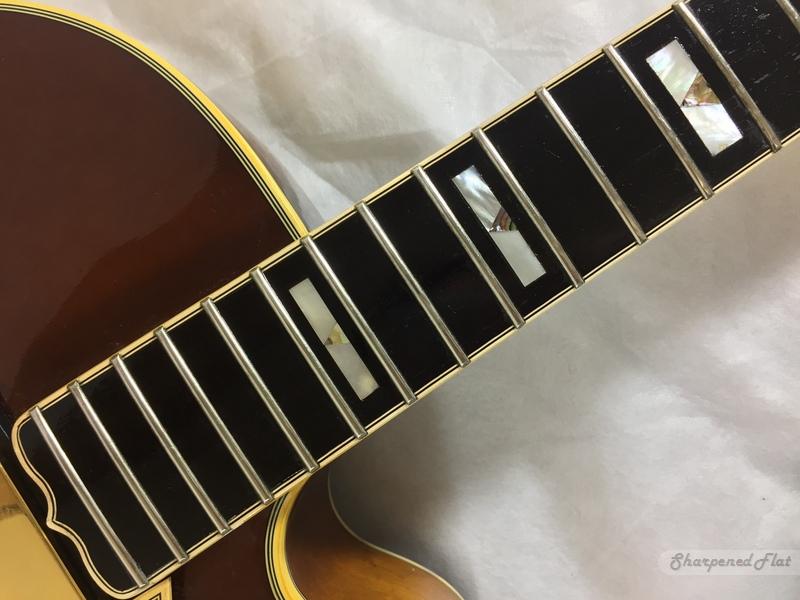 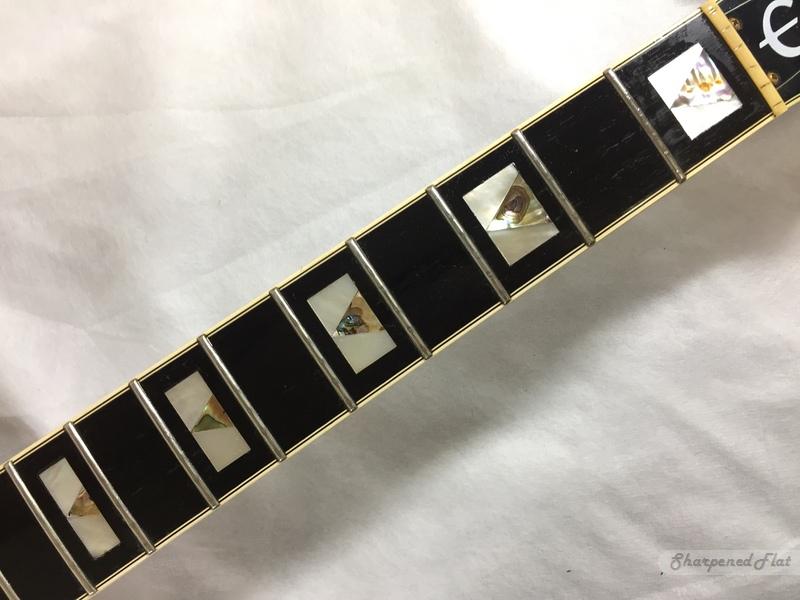 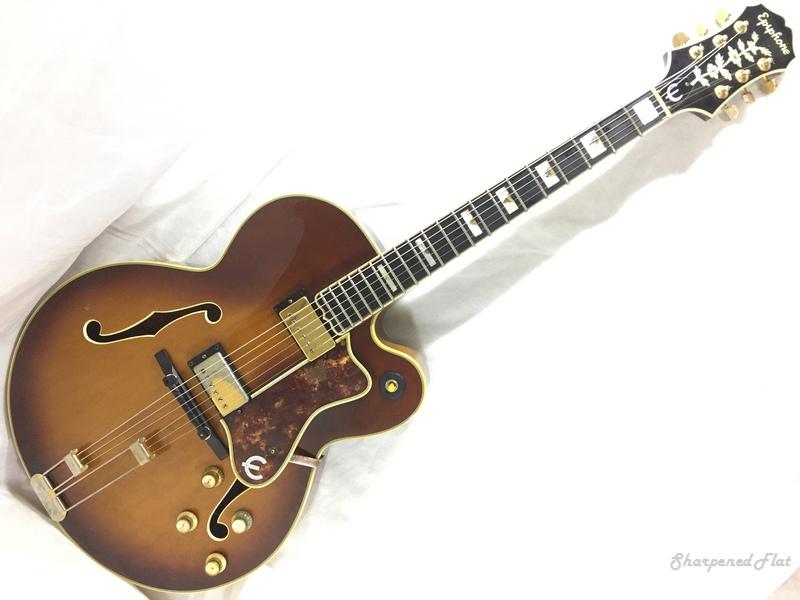 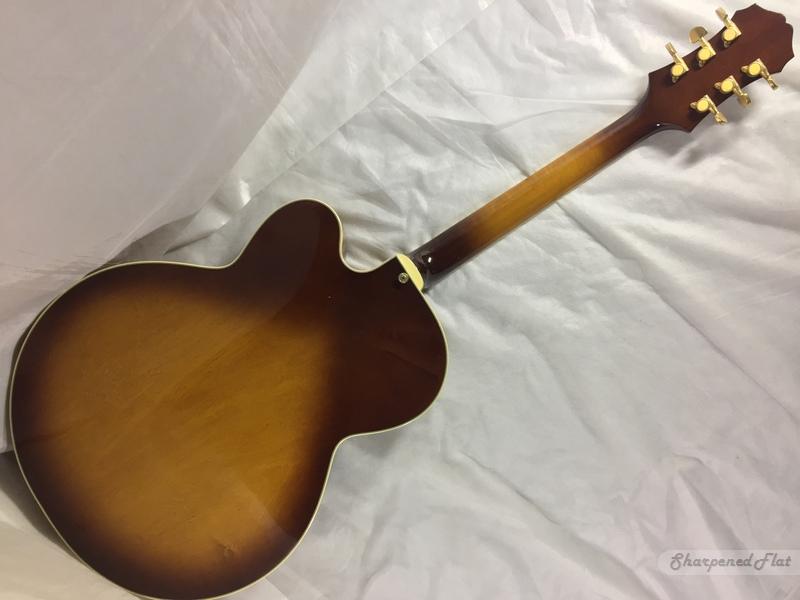 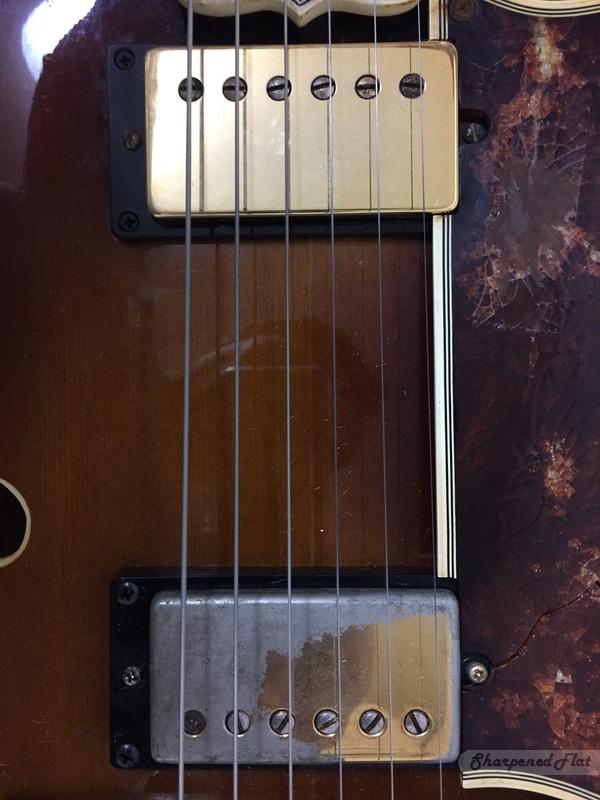 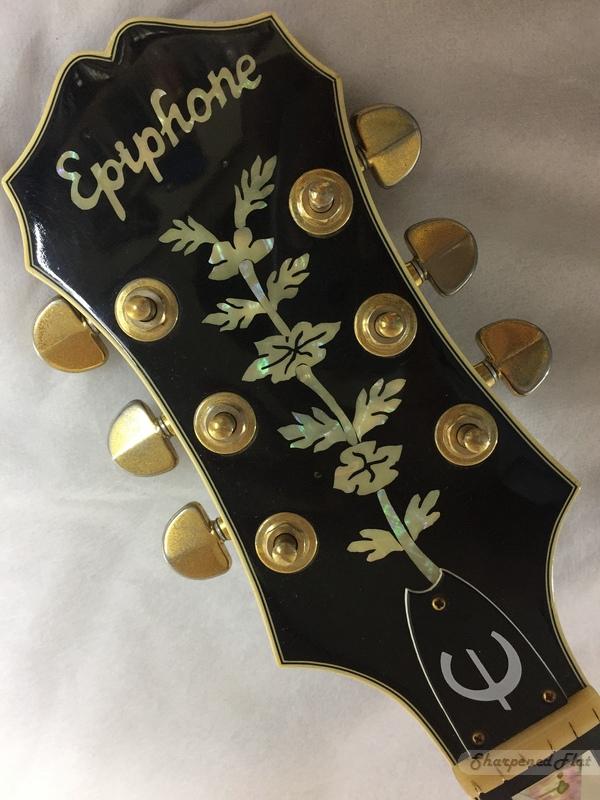 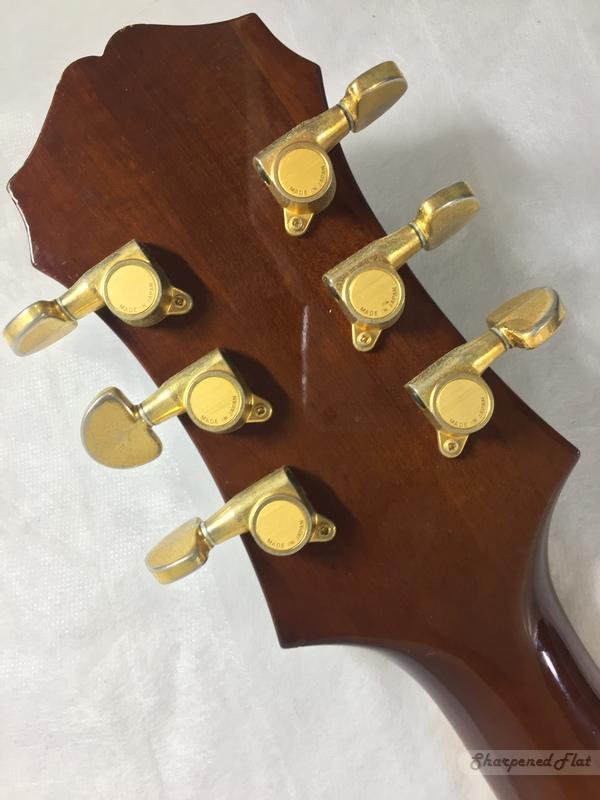 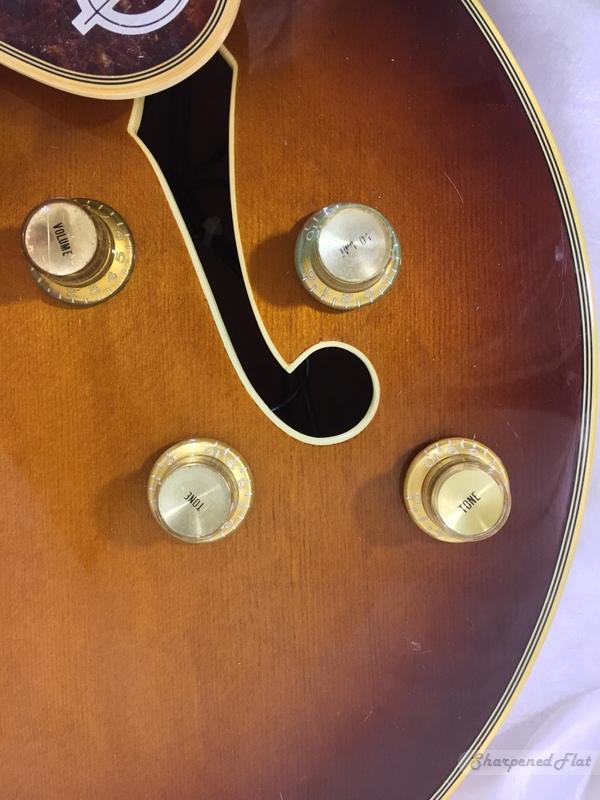 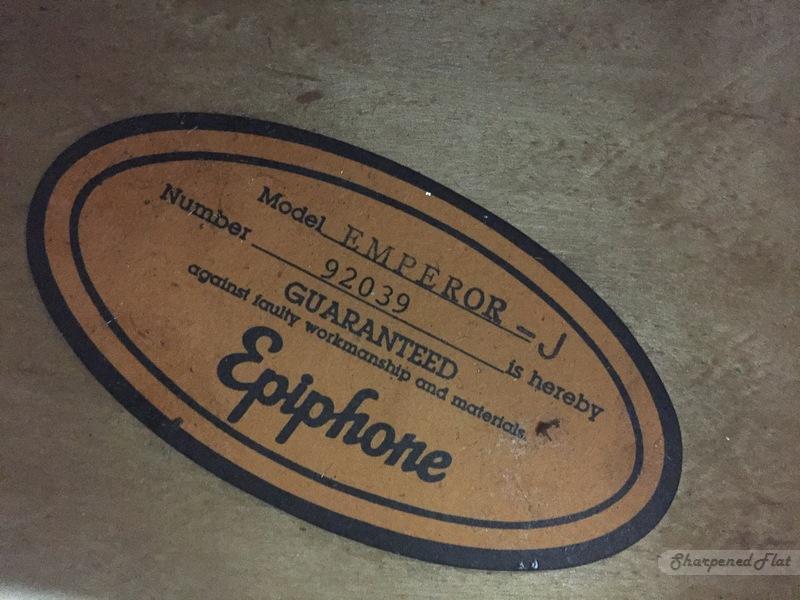 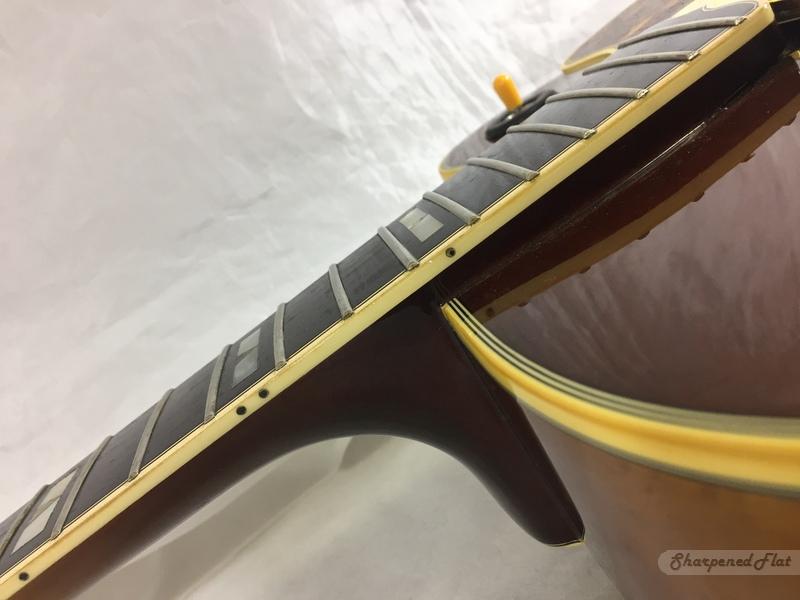 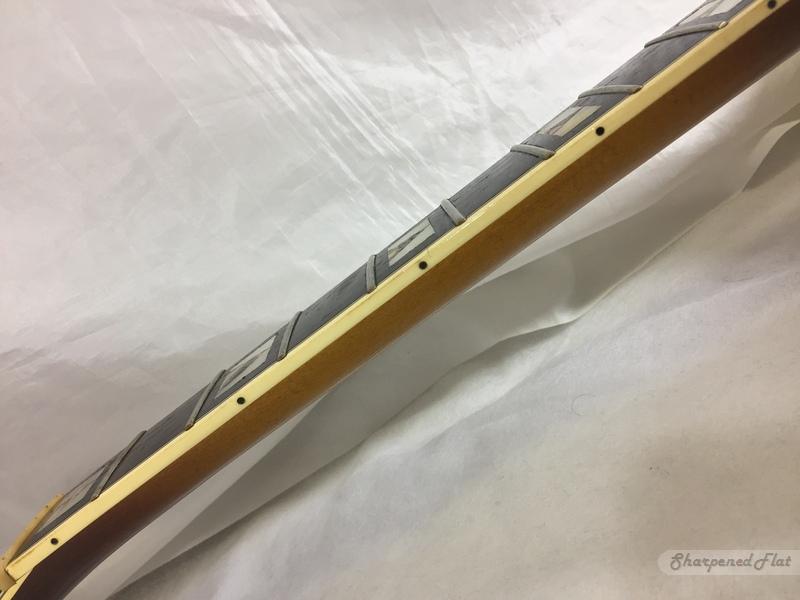 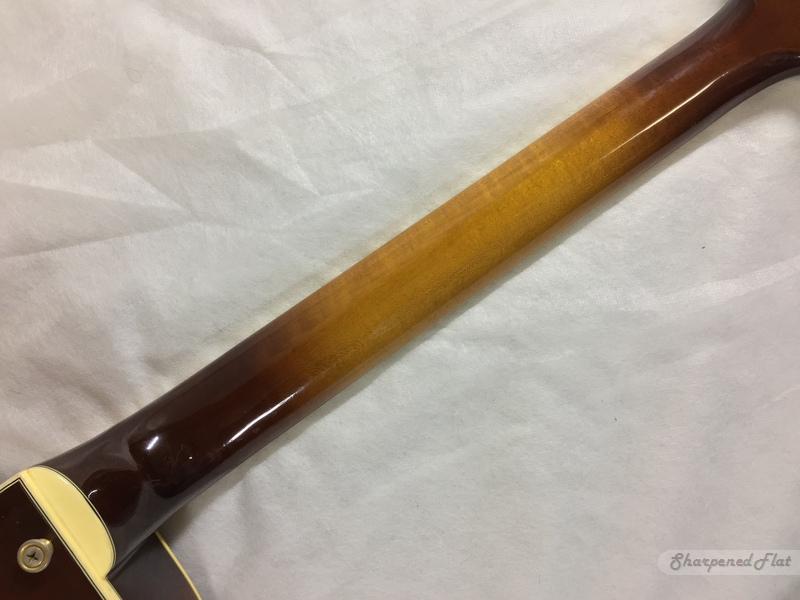 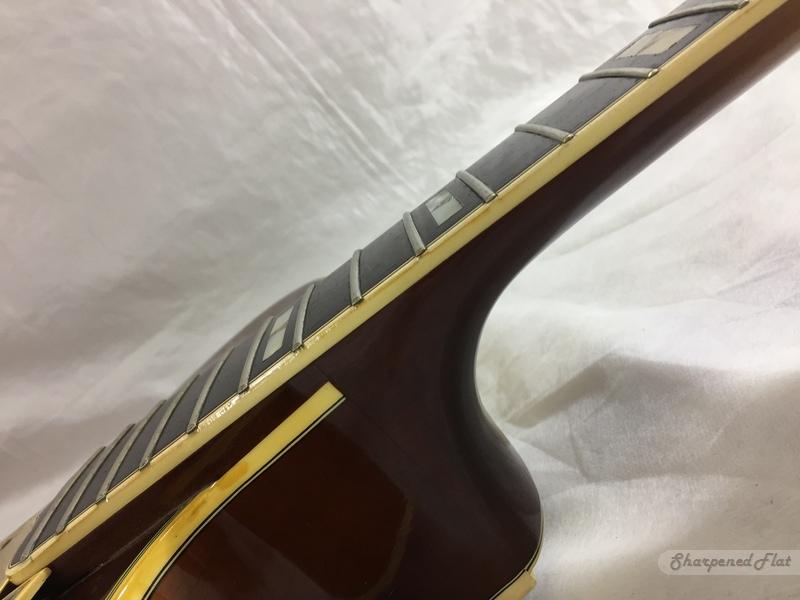 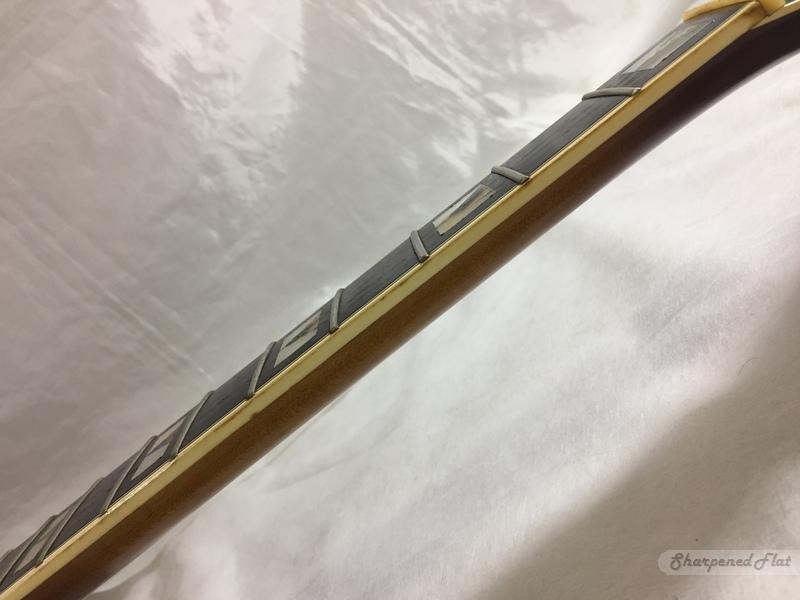 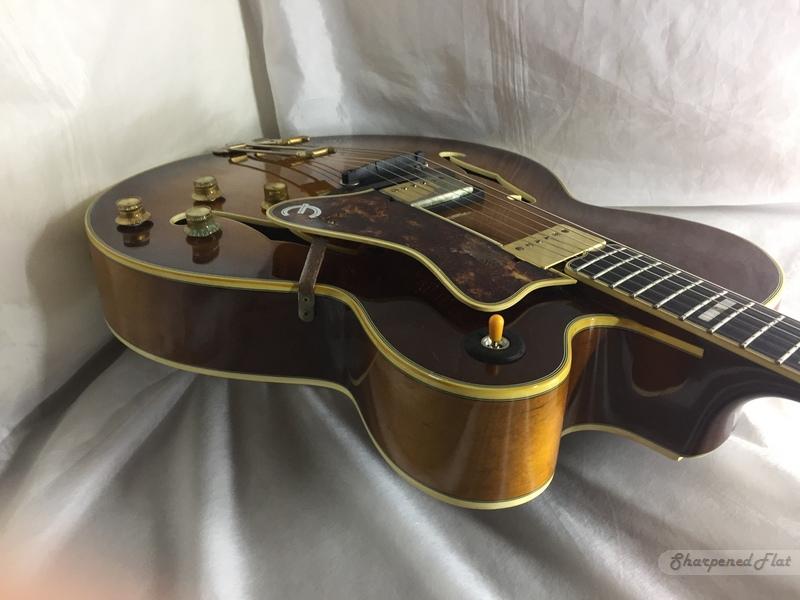 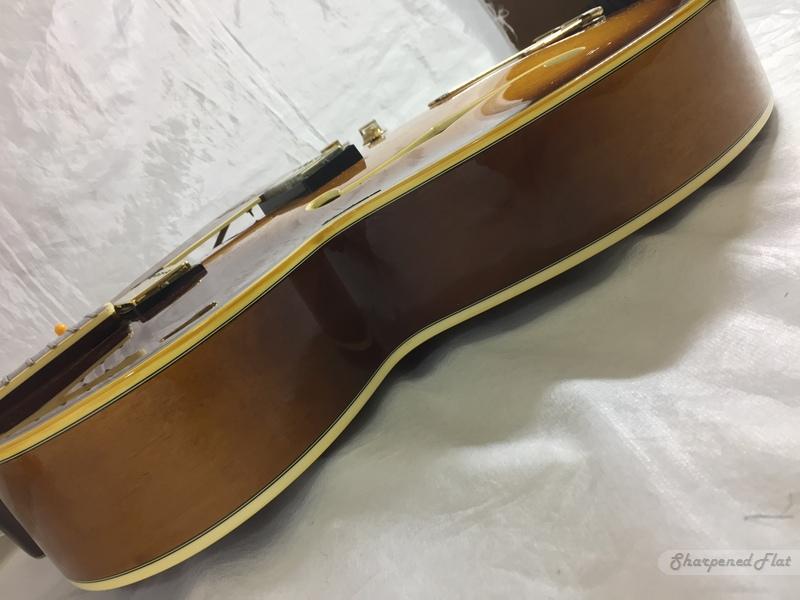 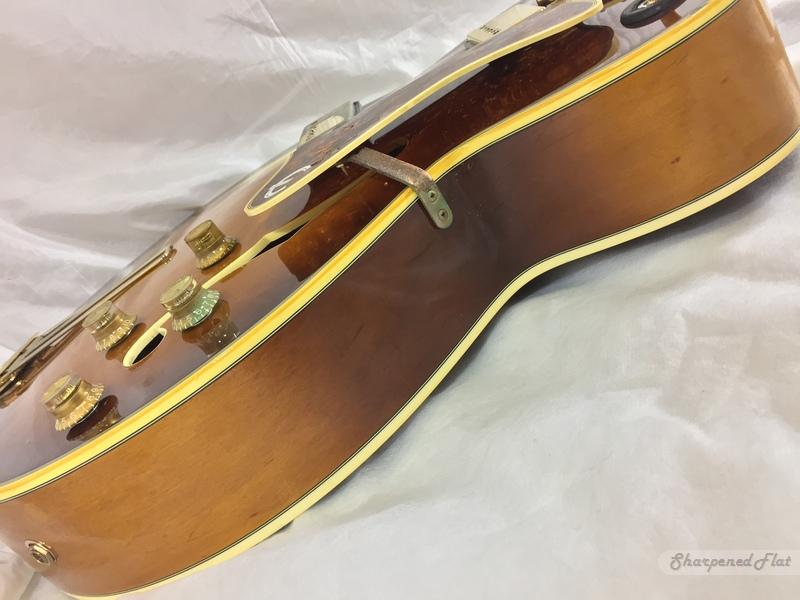 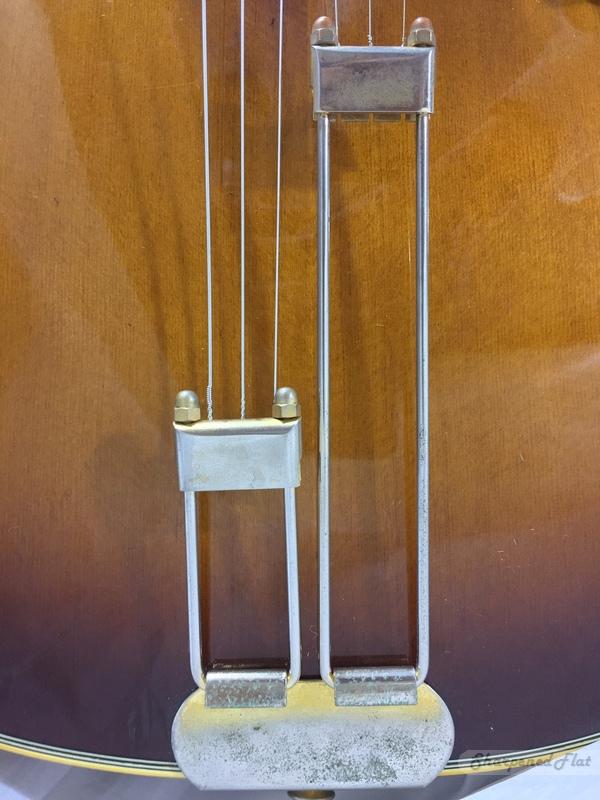 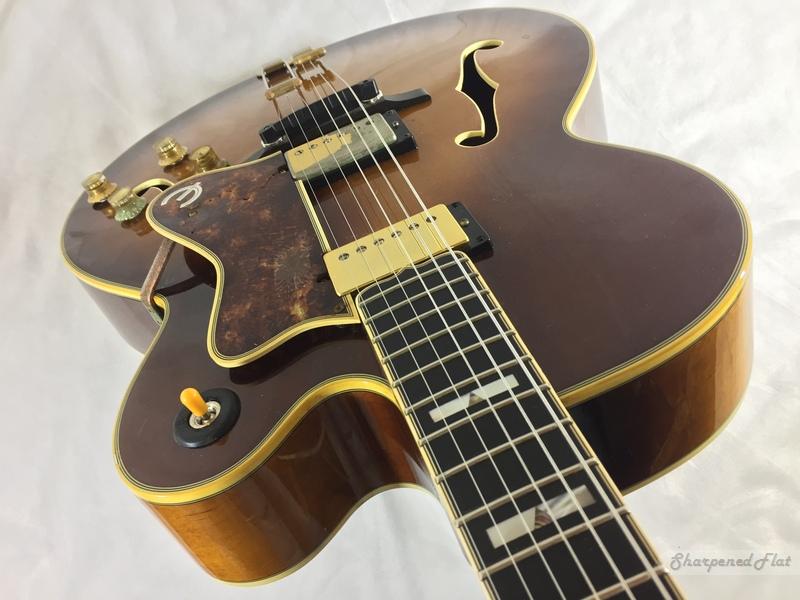 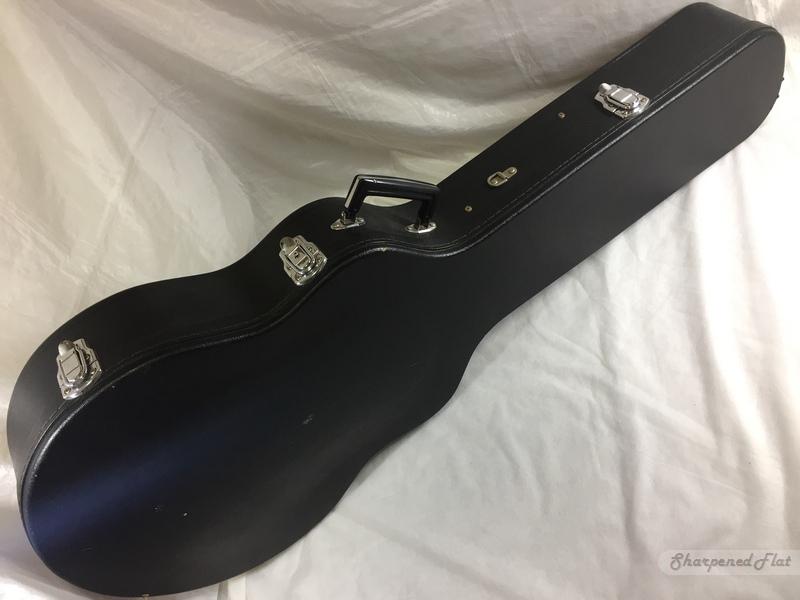 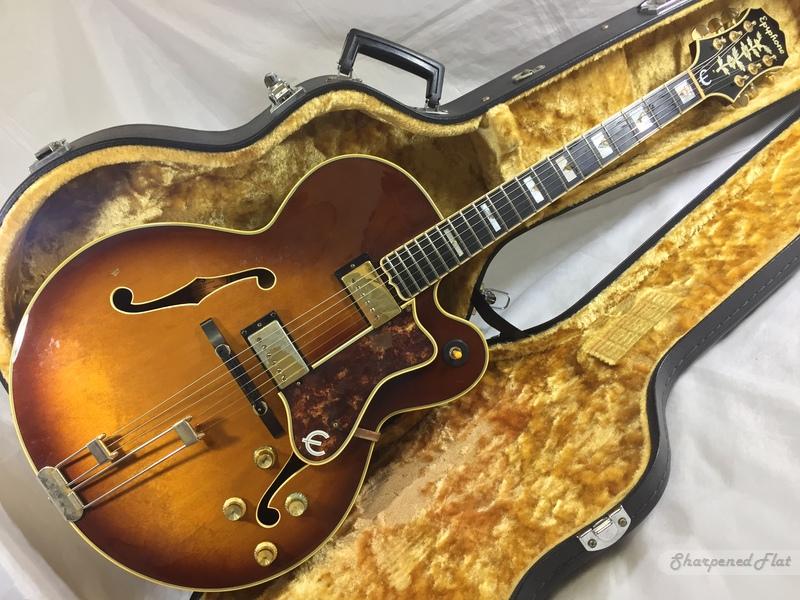 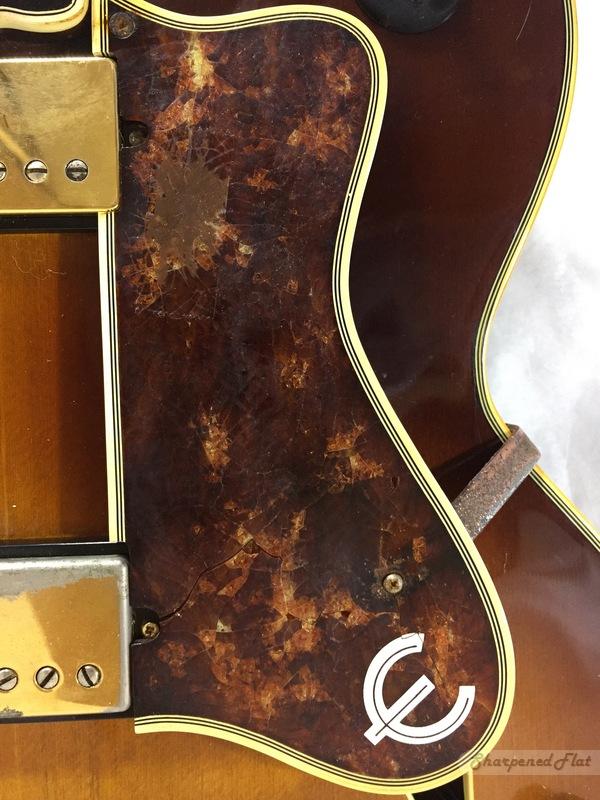 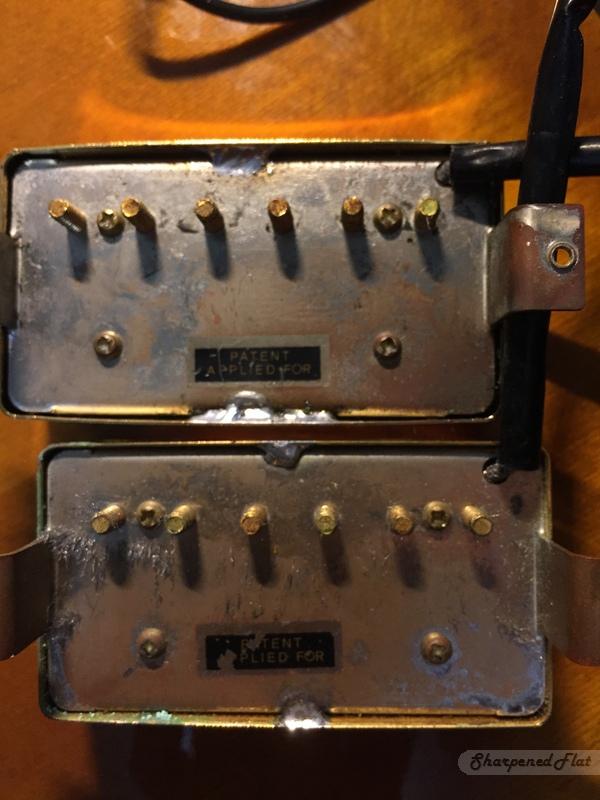