This 1972 Greco hollow body looks and feels exactly like ES175, which is what then the young, ambitious but less known Japanese company must have aimed for when exporting the guitar abroad.

She plays very warm and mature. It sounds as if each of the aged maple timber particles absorbs my touch and responds with full resonance. 3 piece maple neck holds still sturdy and straight after almost half a century has passed since inception. Speaking of other conditions, no major crack or dent found on the guitar body except thin lacquer crack on the rear neck, slightly visible gap on right side upper neck, and cosmetic oxidation on the inner cutaway. The detailed images are all photo-taken. This genuine vintage ships to you with a Yamaha hardshell case.
To explain nomenclature of N-50, the same guitar has been called multiple different names including 50N(1971) / N-50(1972-73) / N-55(1975) / N-60 (after 1976) where the number indicates the price by thousand times, i.e. N-50 being 50,000 yen. Also to touch a tricky detail, N-50 differs from N-55 and N-60 in the position of pickguard nut. Comparison photo also attached below. Hope it helps you distinguish the correct model. 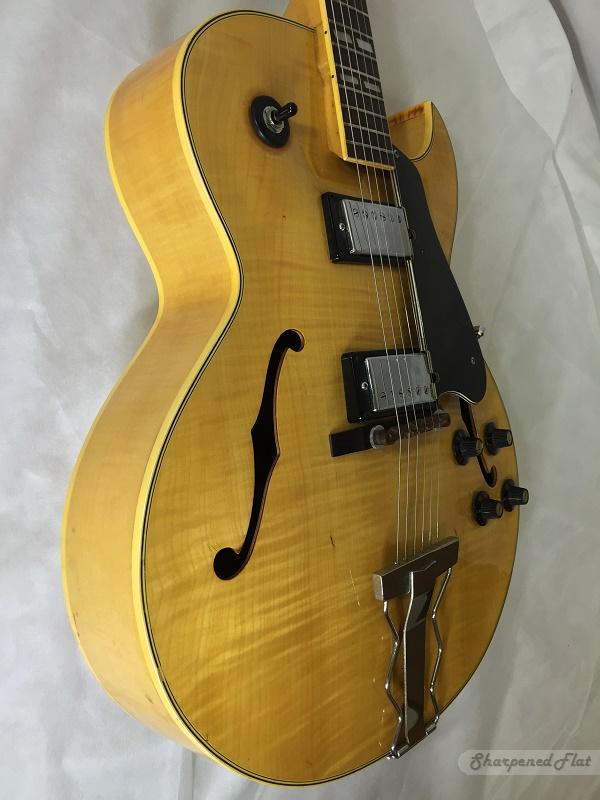 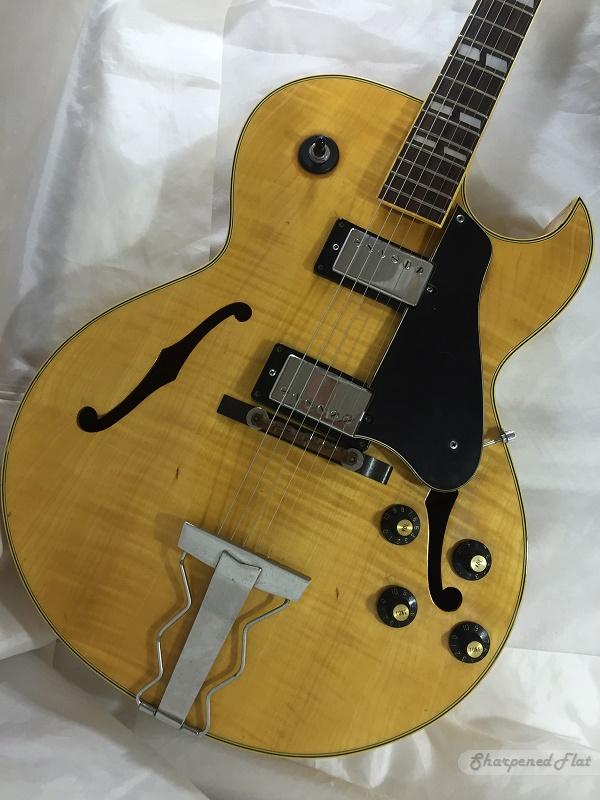 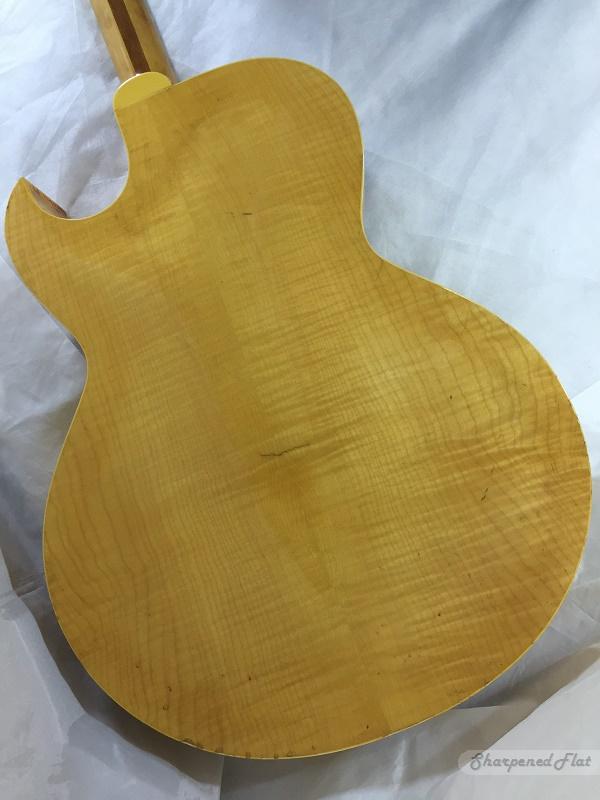 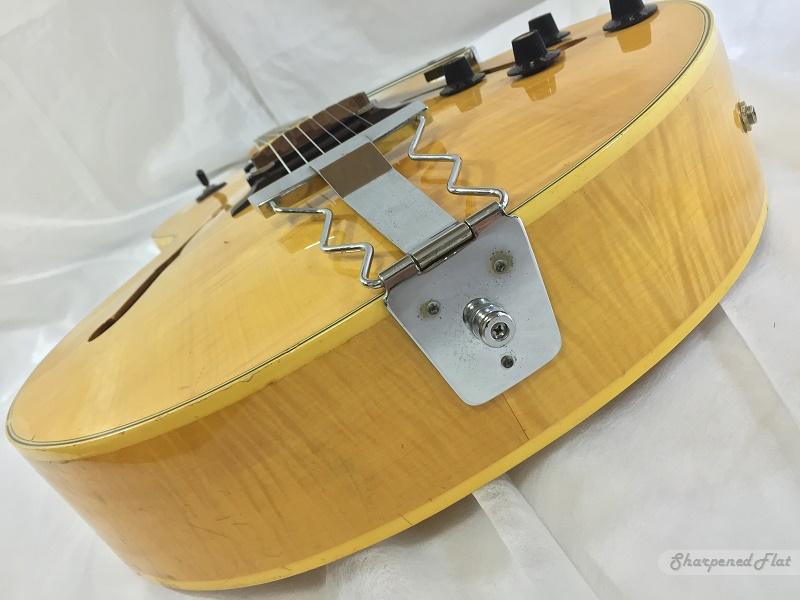 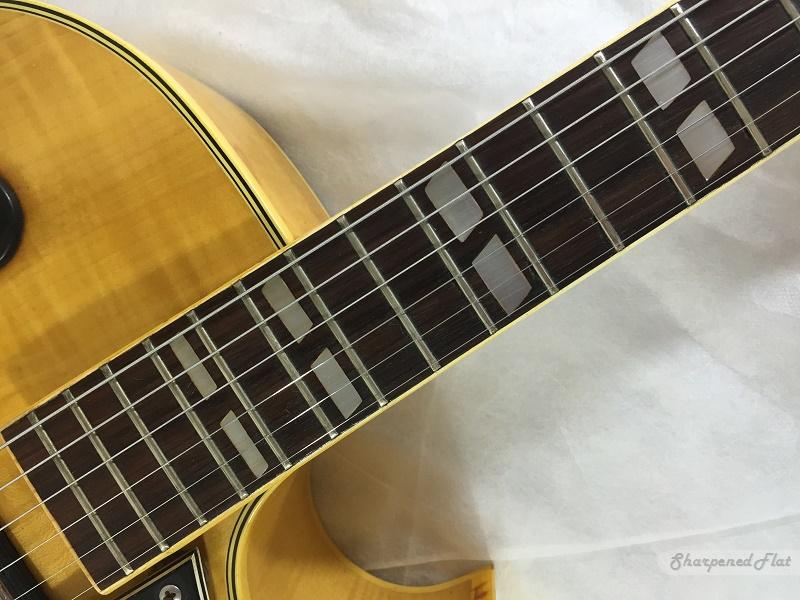 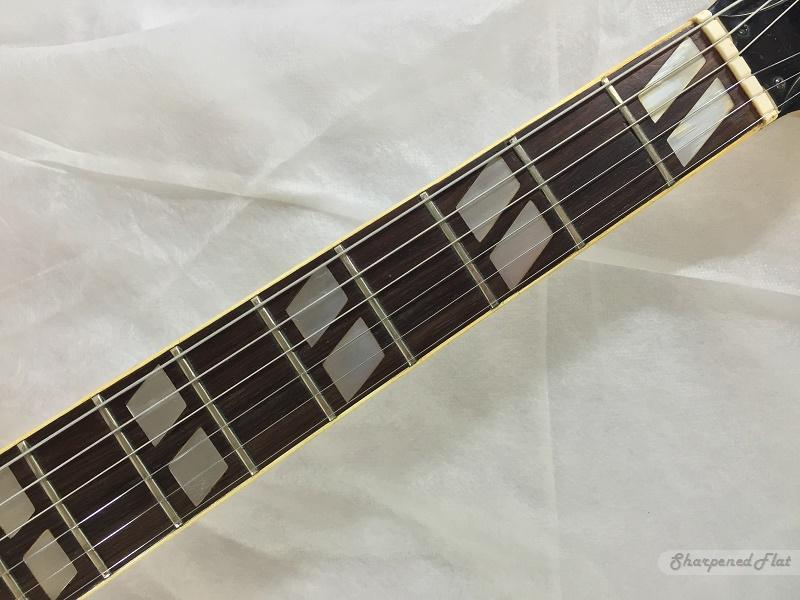 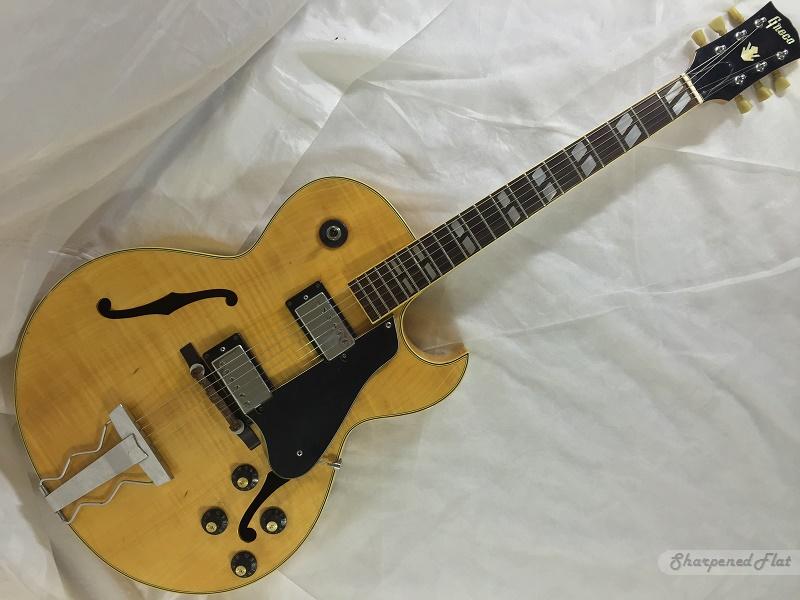 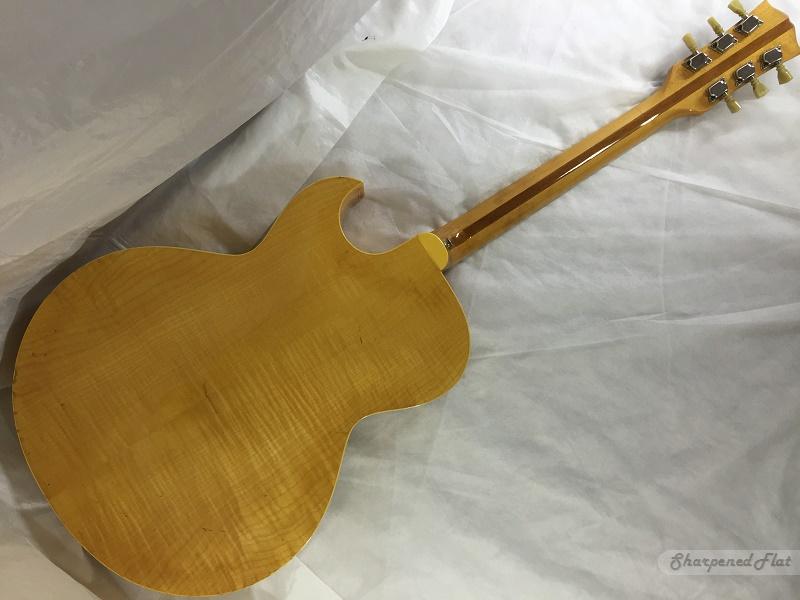 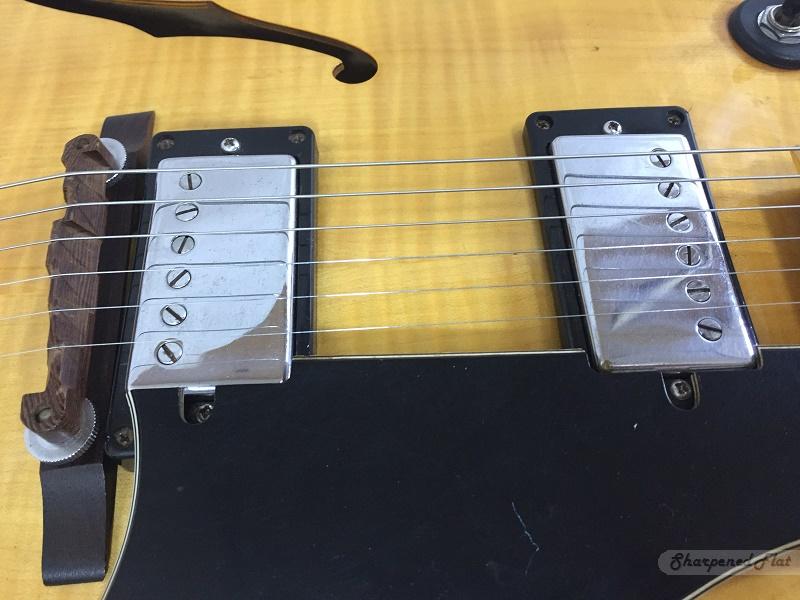 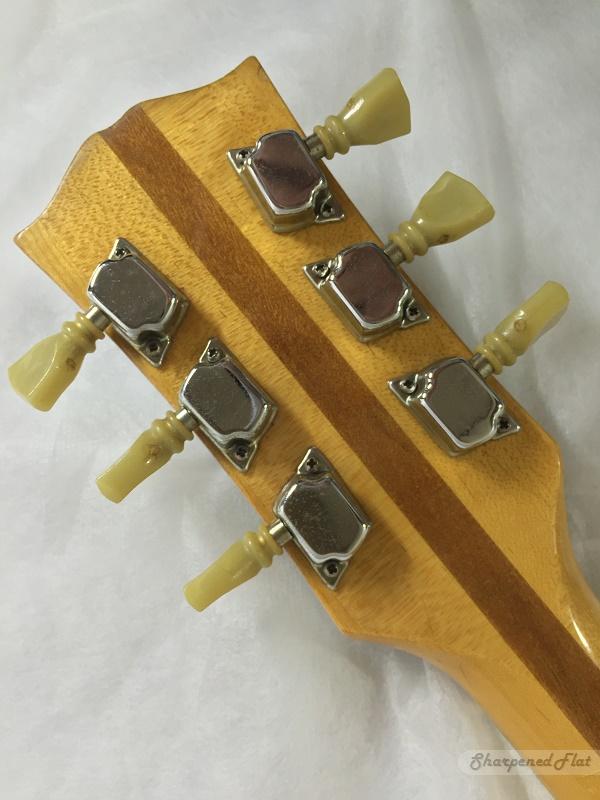 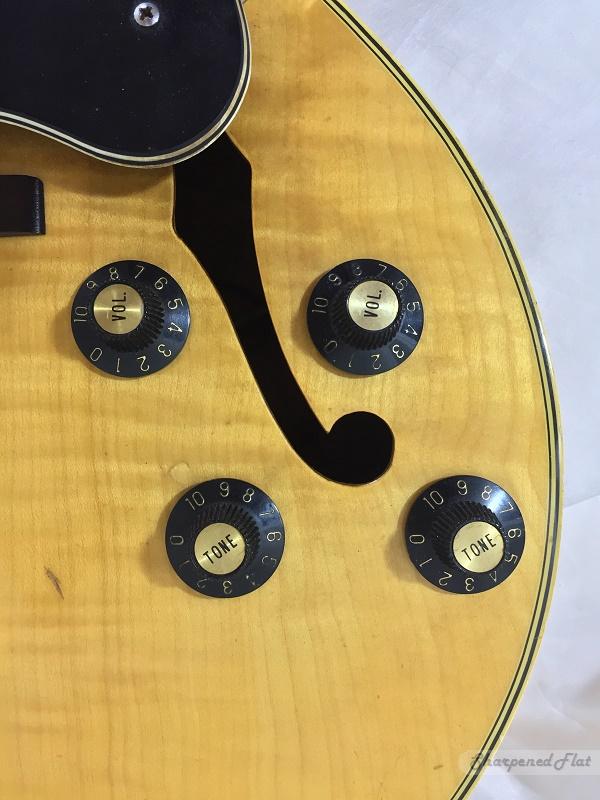 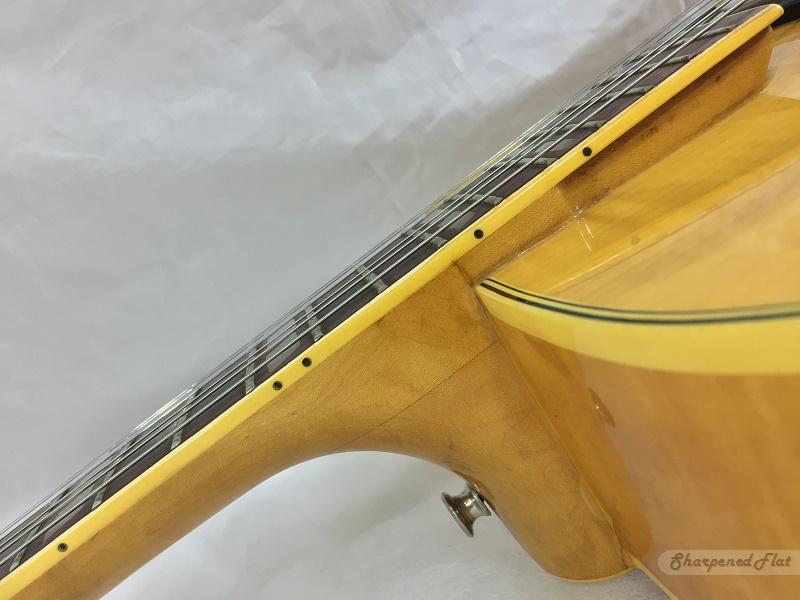 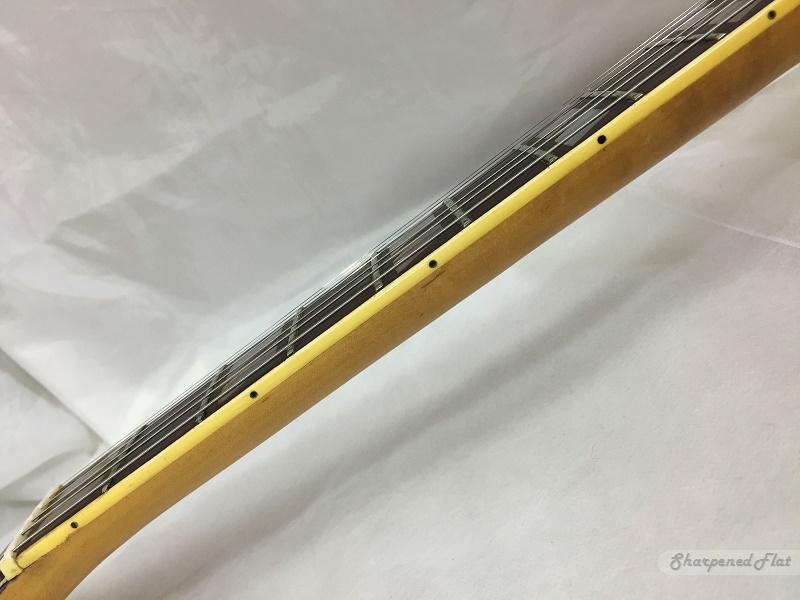 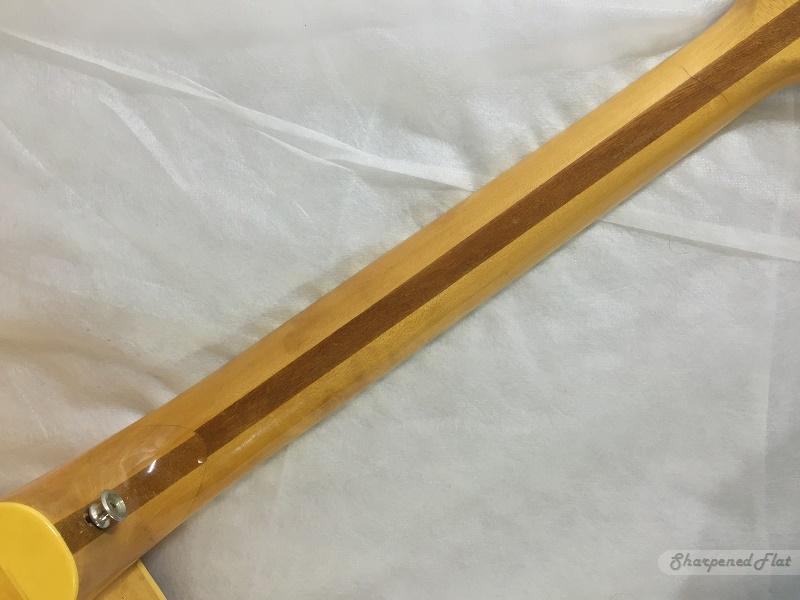 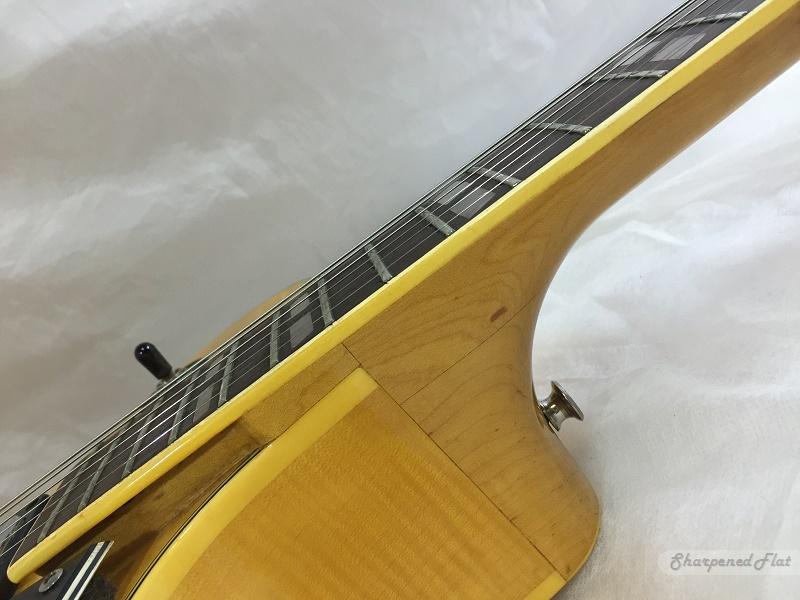 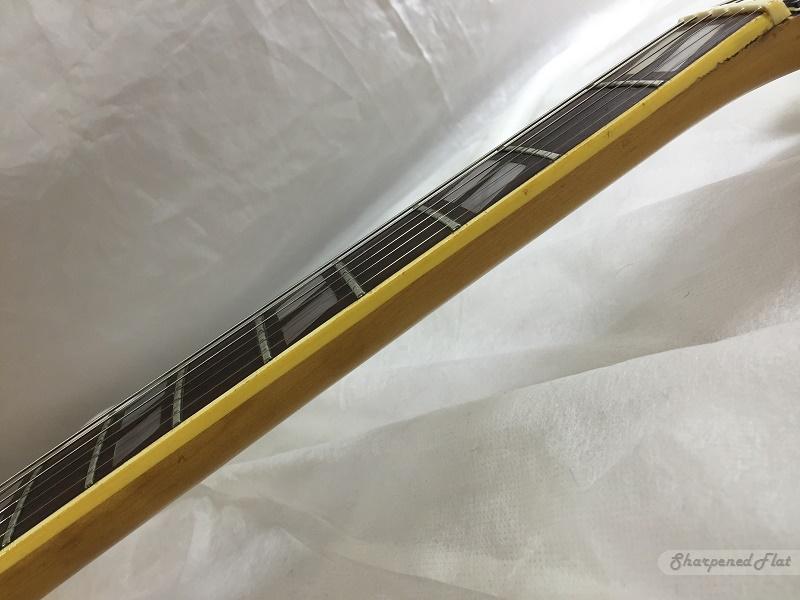 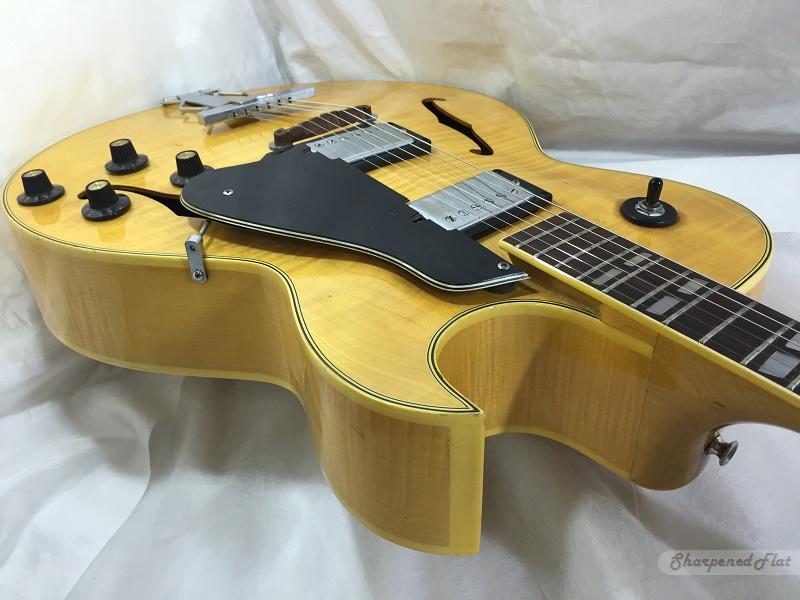 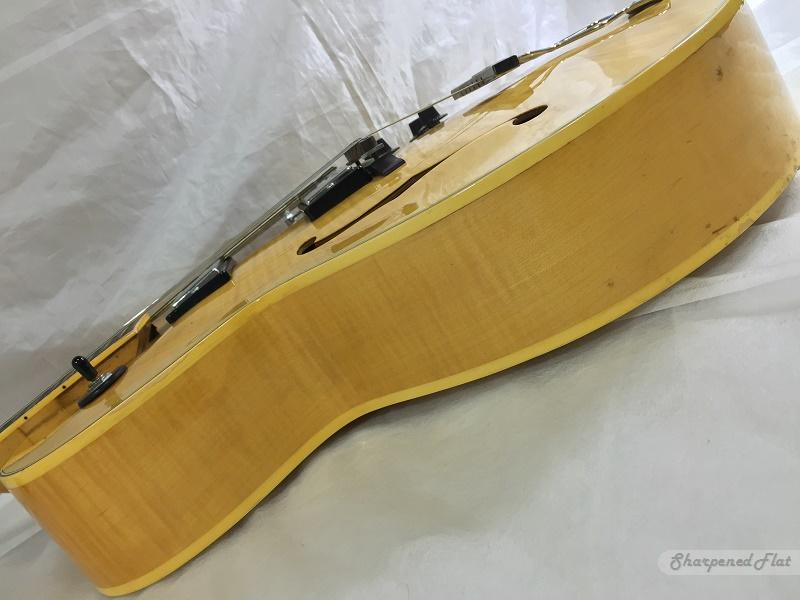 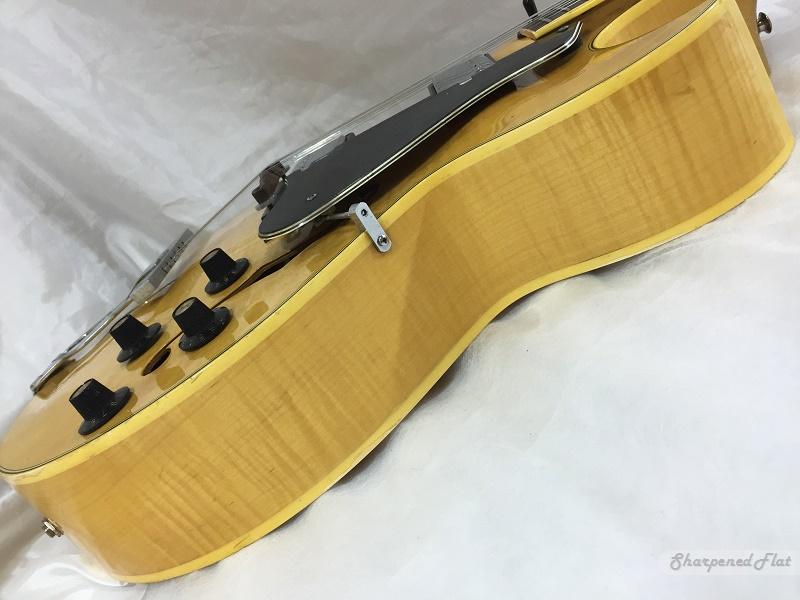 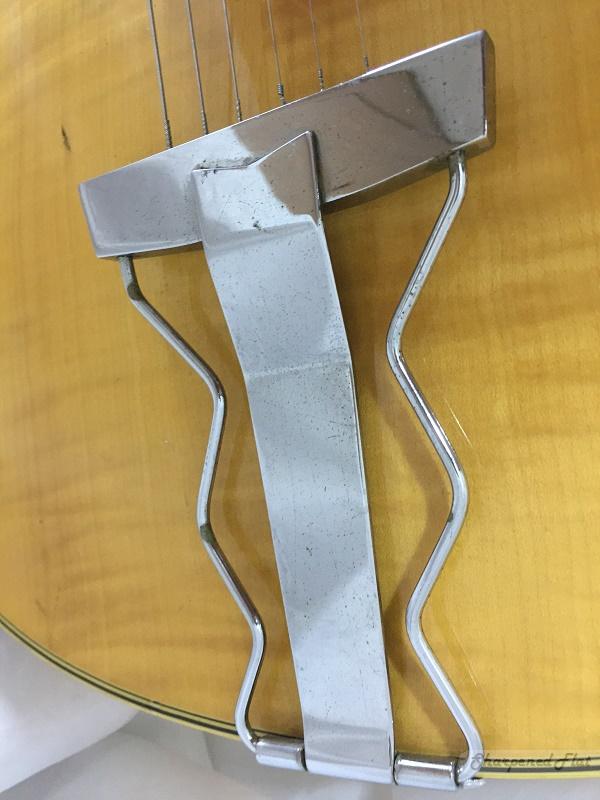 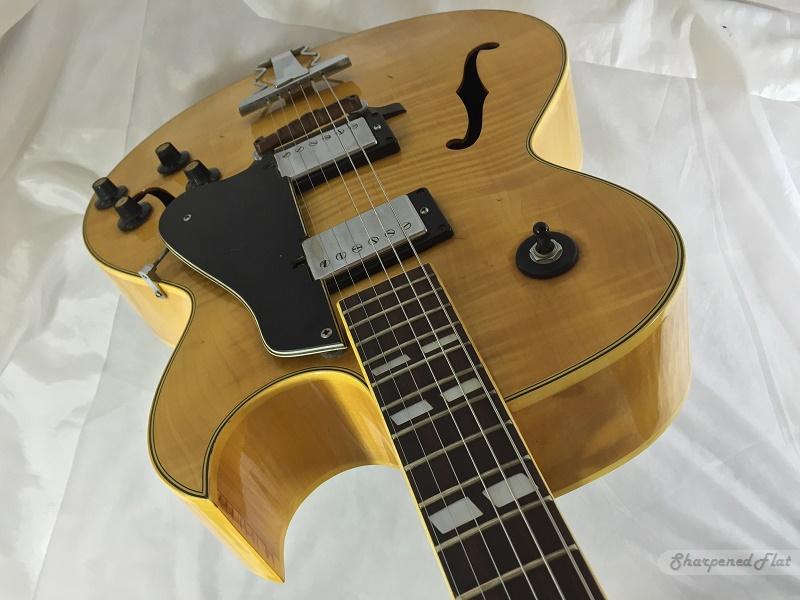 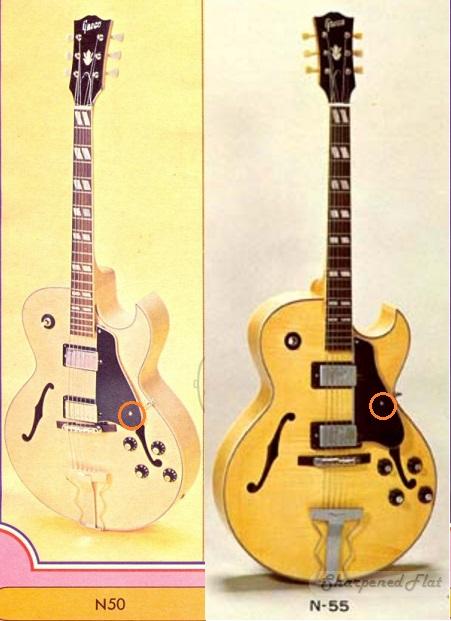 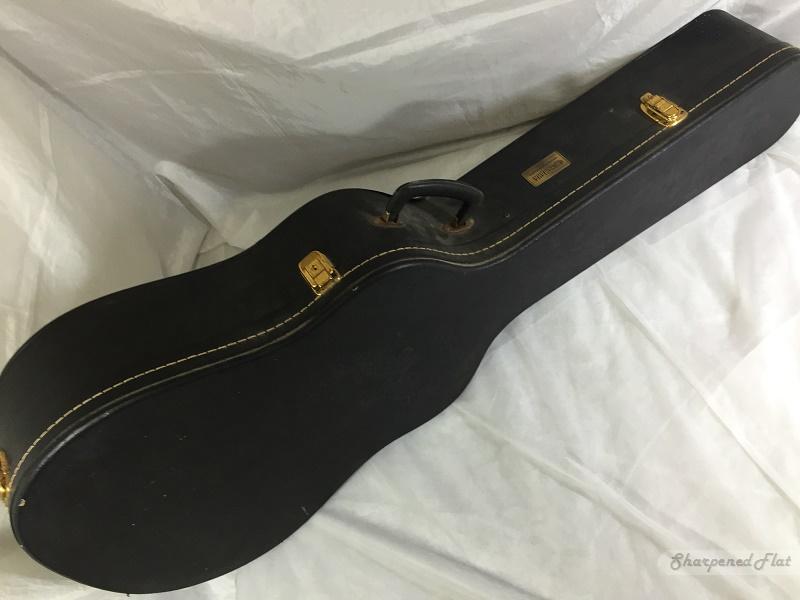 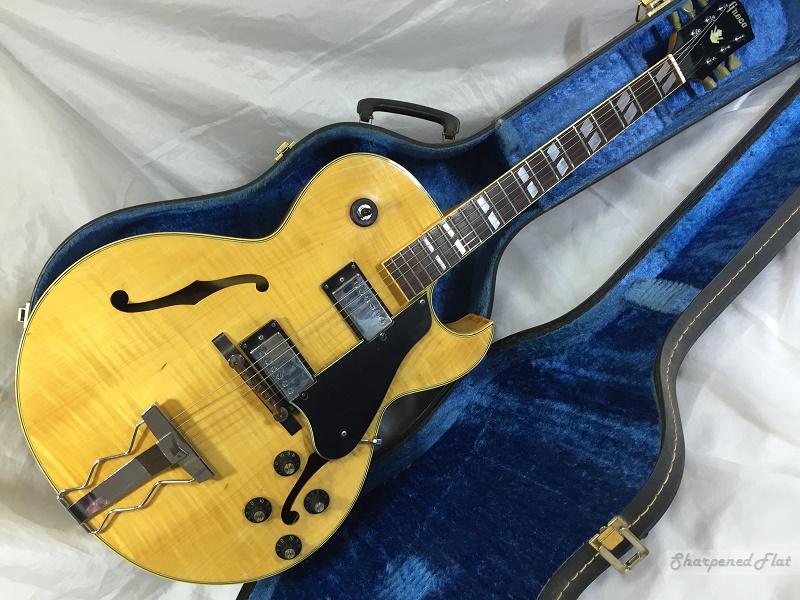 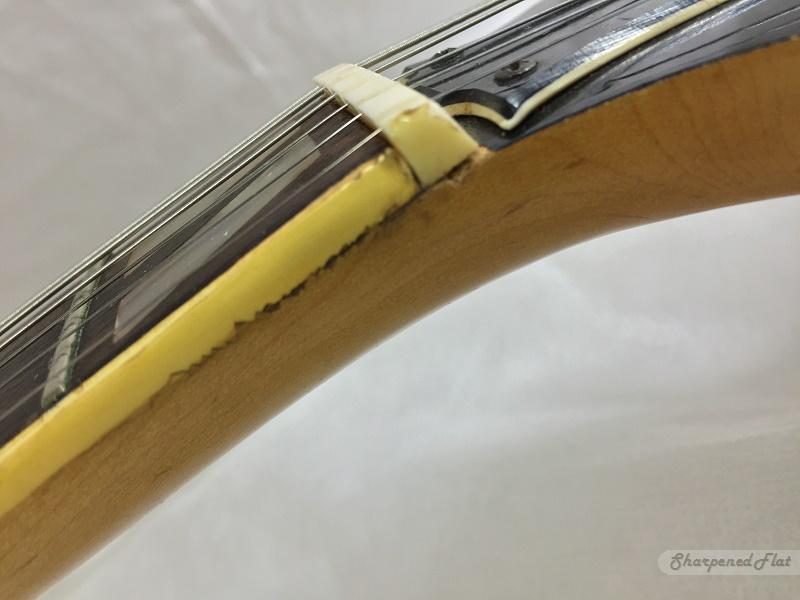 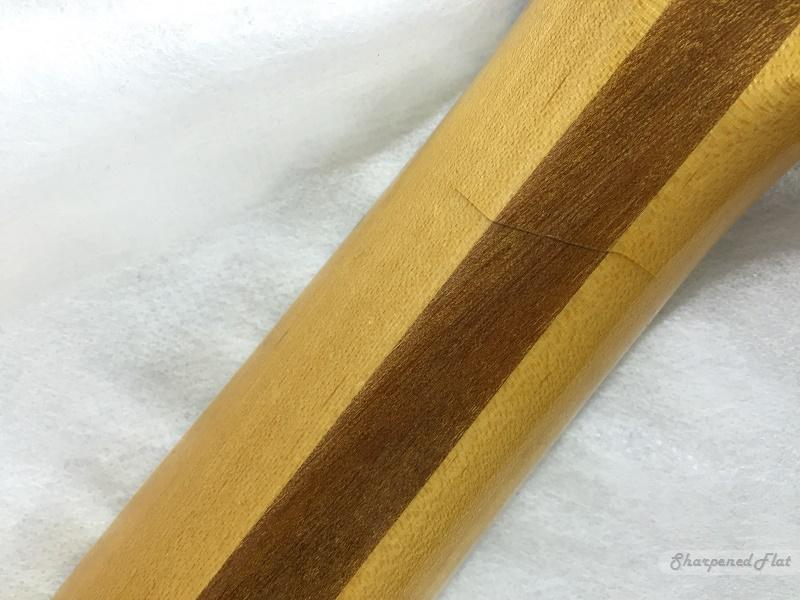 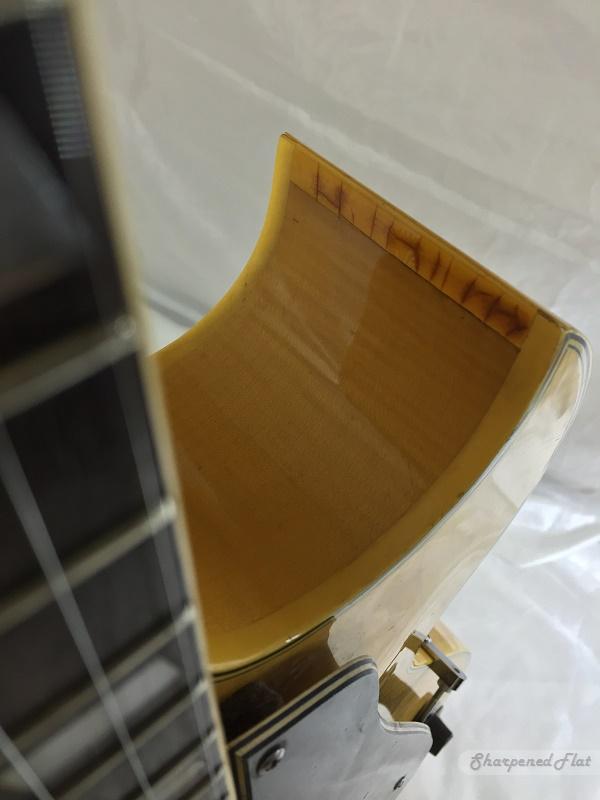