Speaking of playability, once I lay my fingers on the fertboard Tokai does magic, having them dance over the frets so nice and smooth. I had a similar experience when playing a Ibanez GB series but this guitar is just 1 year old, staying hardly touched, and thus shows no signs of fret wear, buzz, curvature. Action and intonation stays in tact as set up in the factory. Laminated finish is so shiny that I had difficulty in taking the photo under the light... but if you are picky enough you will find lacquer cracks around the bottom right corner of the back. 2 of magnified photos taken so please judge, but also note these are not visible unless looking very close. It took a minute for me a minute to discover this thin crack.
Also for those who are confused about the tricky model names of Tokai guitars, the numbers following the model names indicate the price after thousand such as JPY xxx,000. Whenever there is major readjustment of JPY rates Tokai renames the model. For example, ES-145 used to be ES-130, even previously ES-120. The very model you see now is ES-158 but the up-to-dated Tokai webpage showcases it as ES-162. Again this model used to be called ES-135 once a upon a time in Japan... 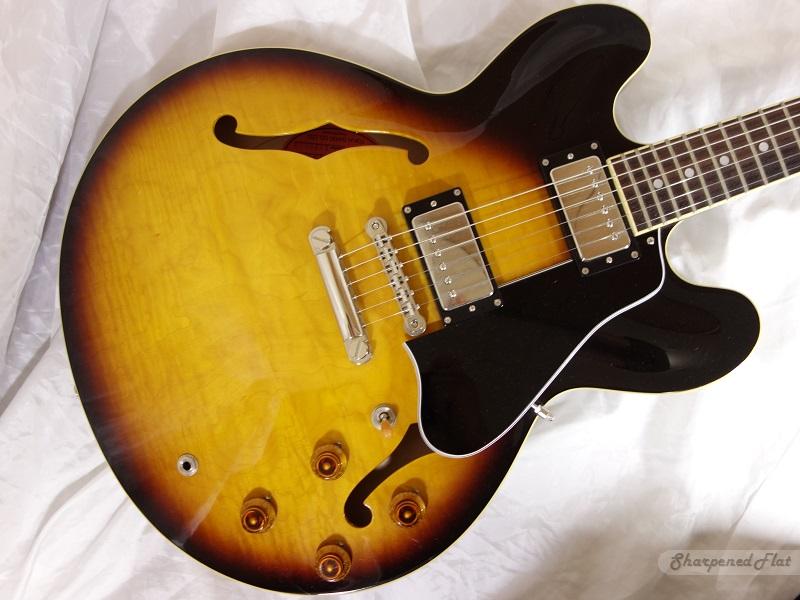 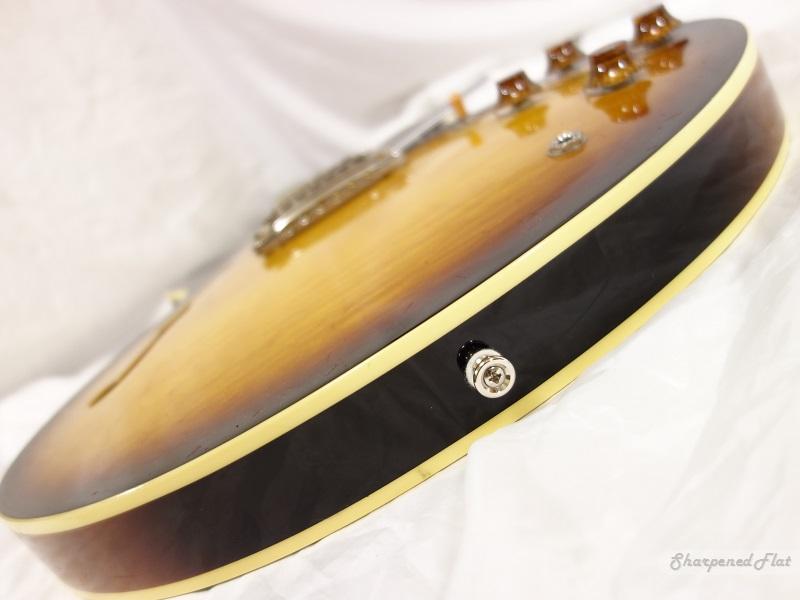 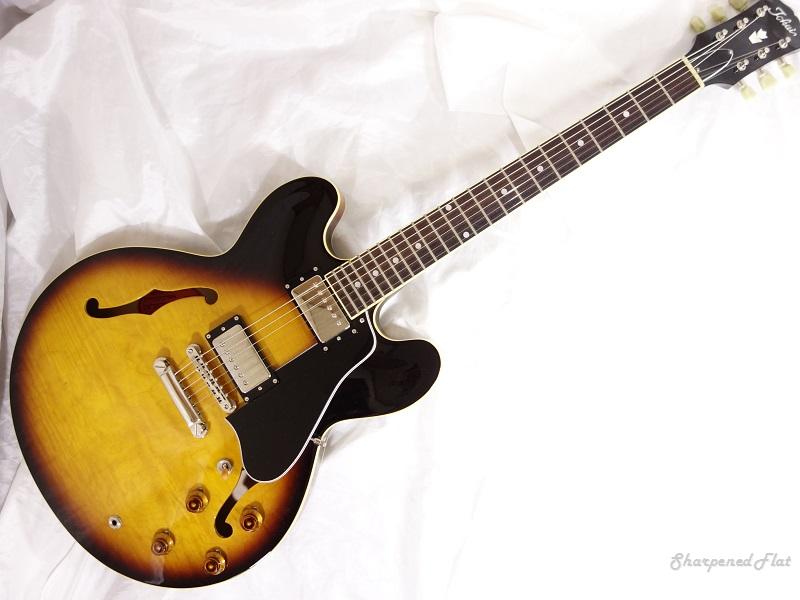 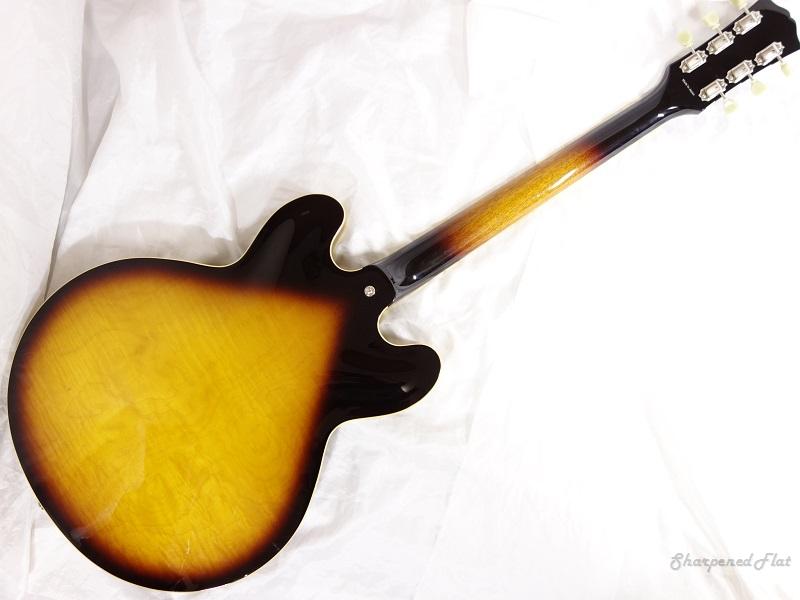 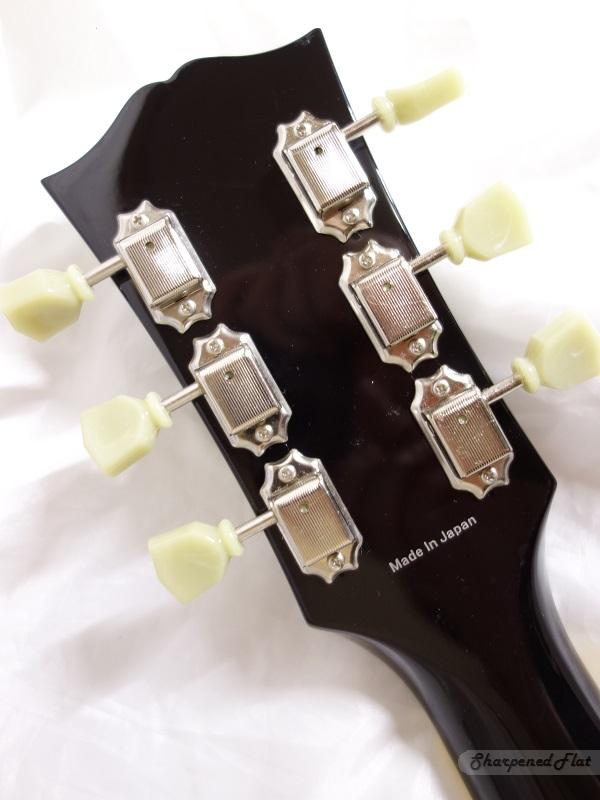 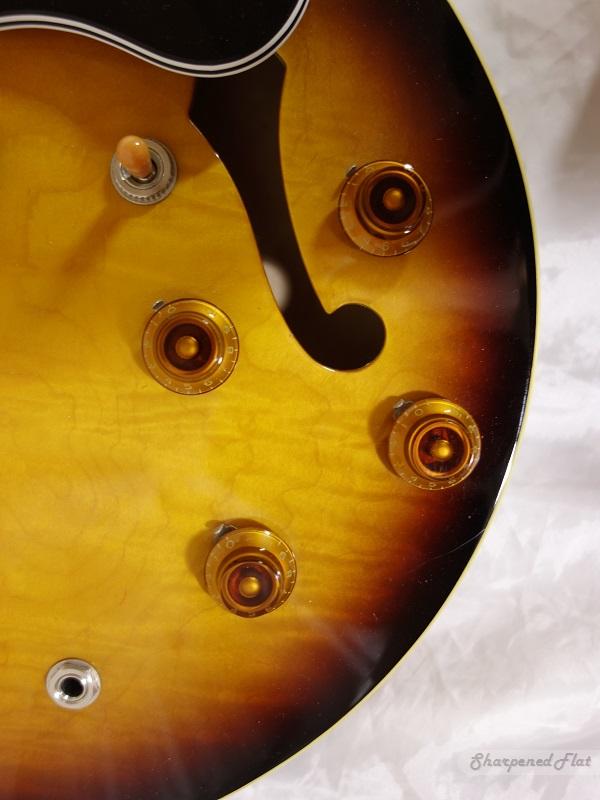 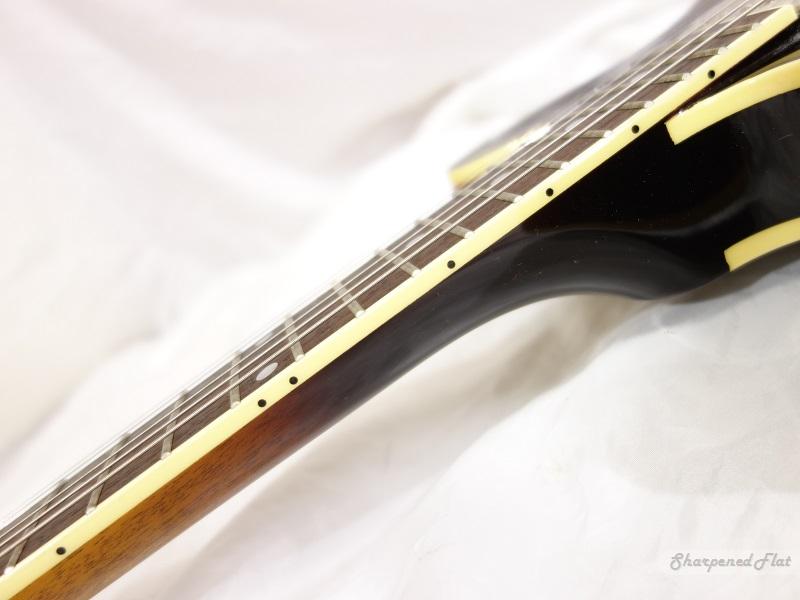 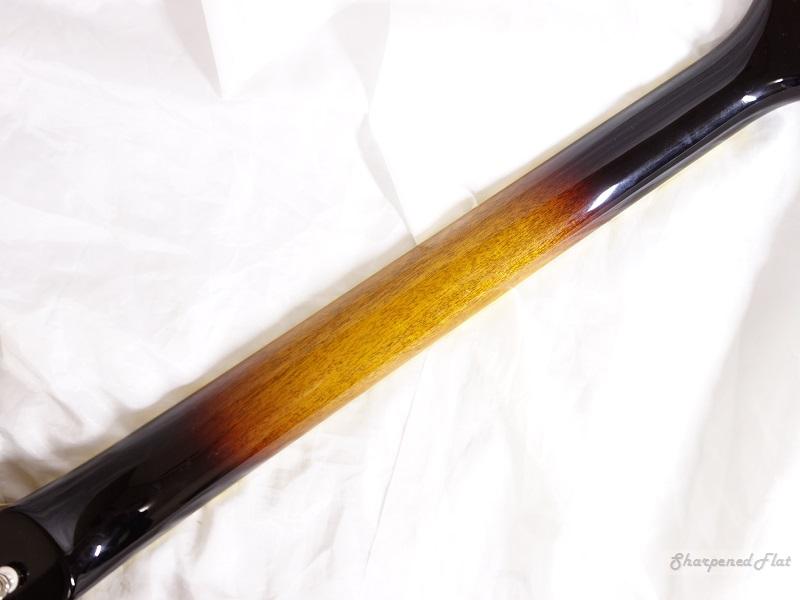 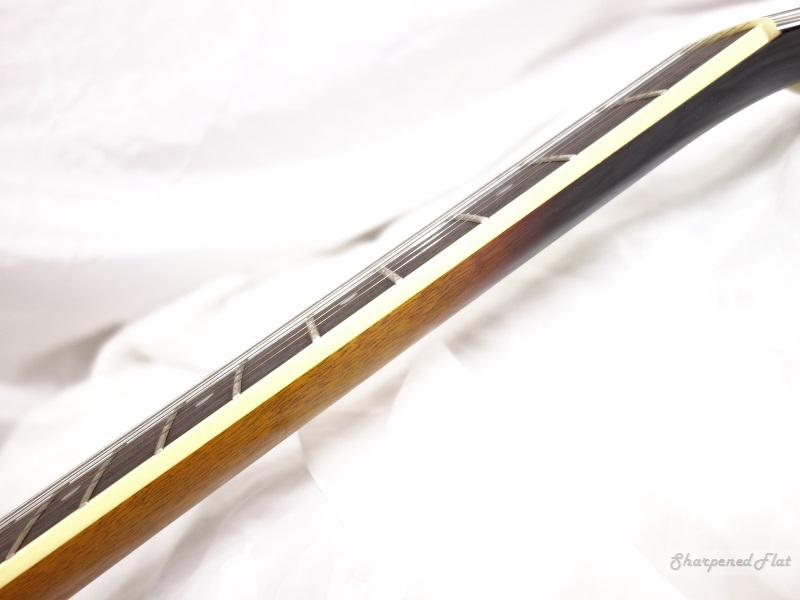 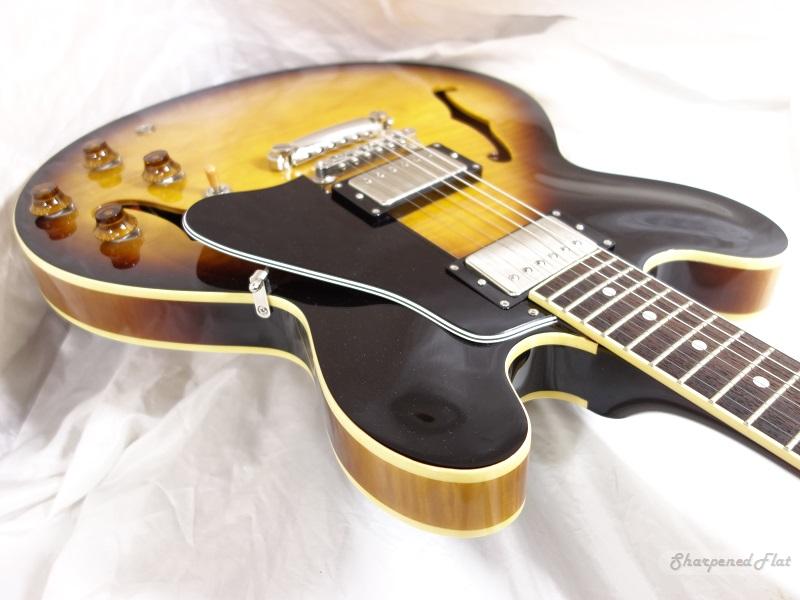 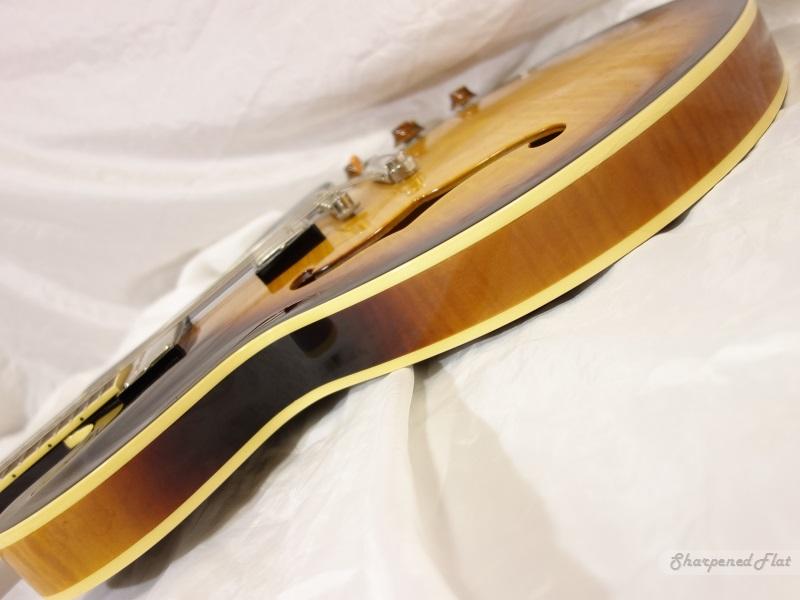 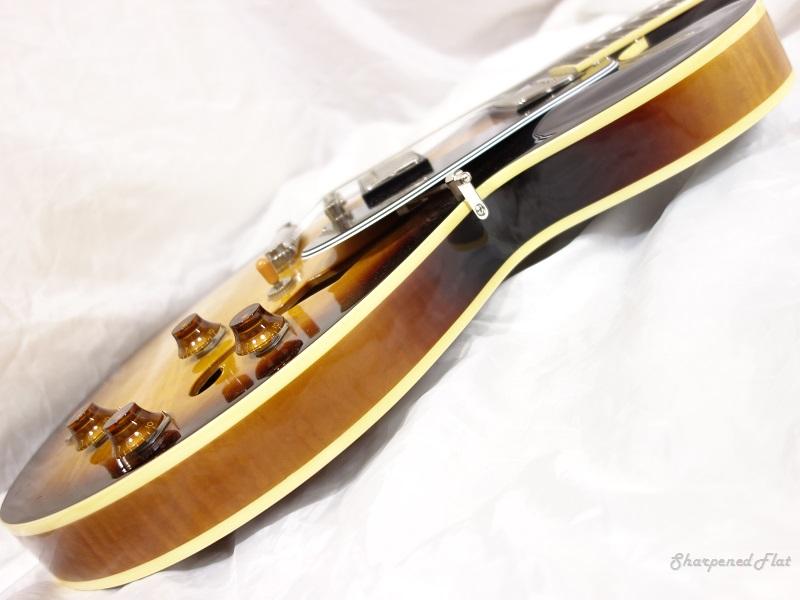 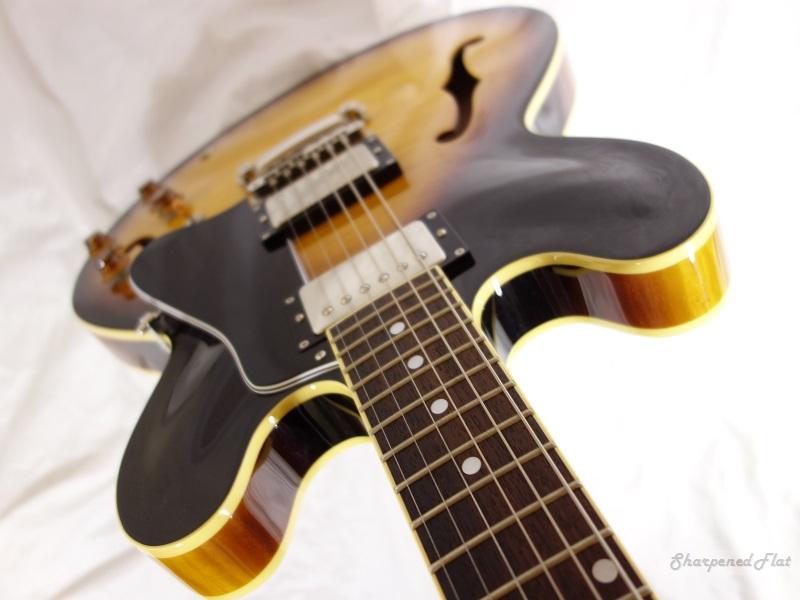 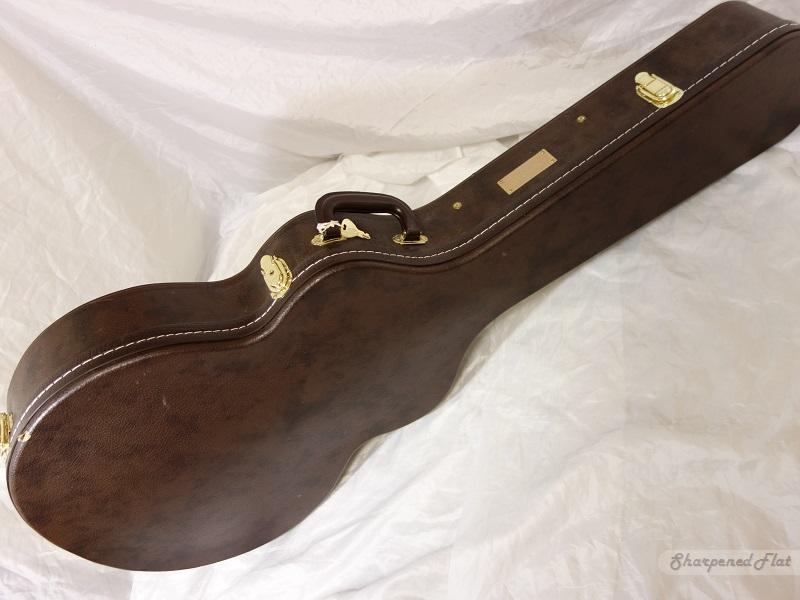 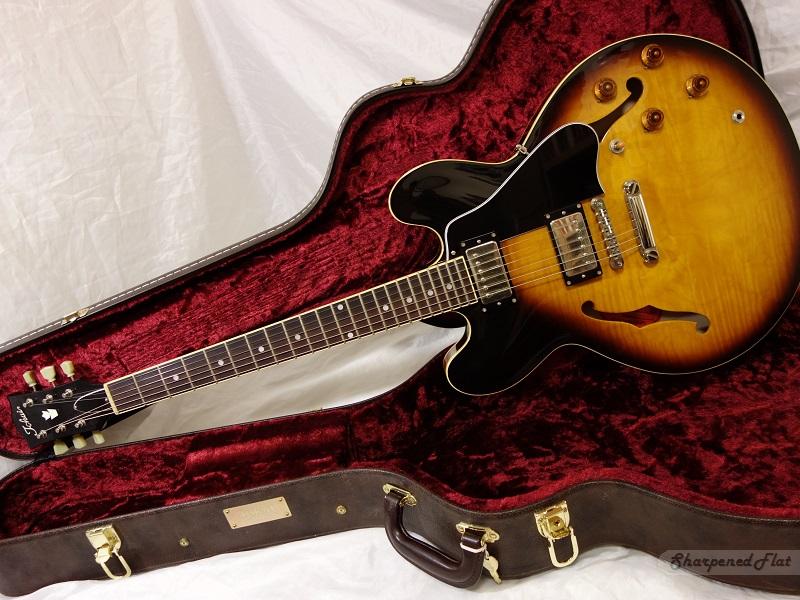 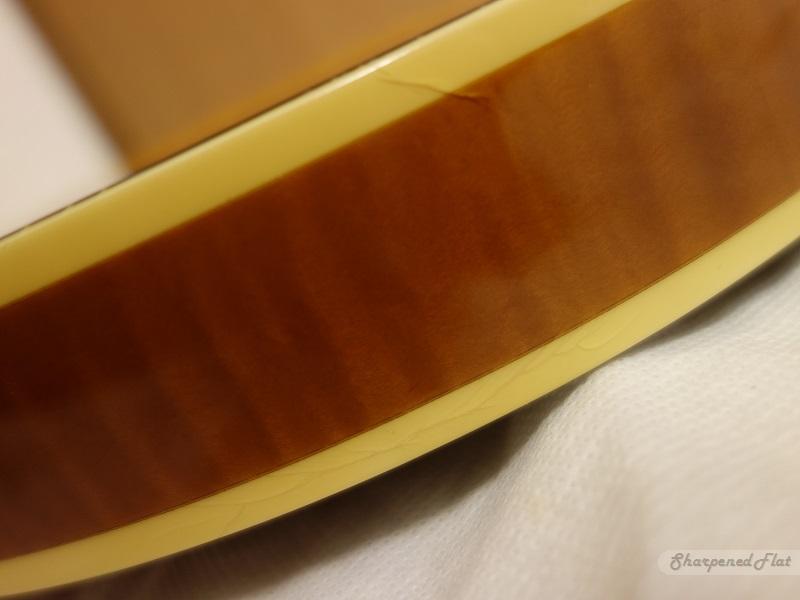 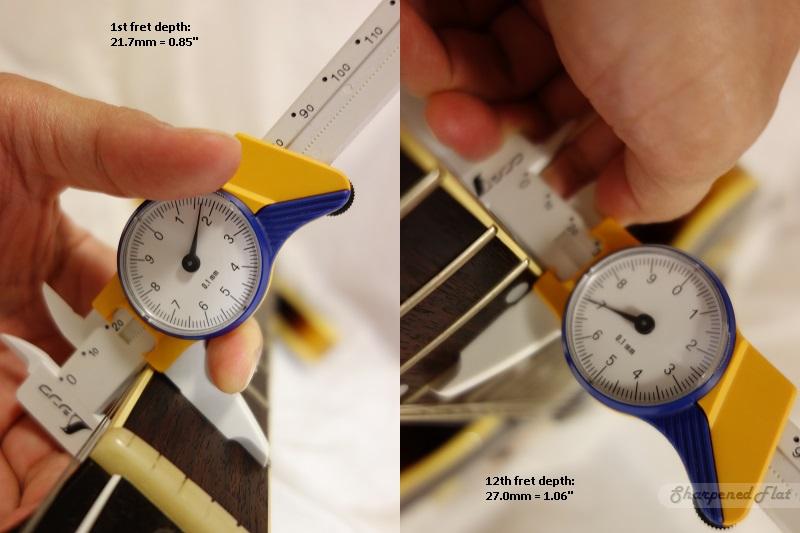 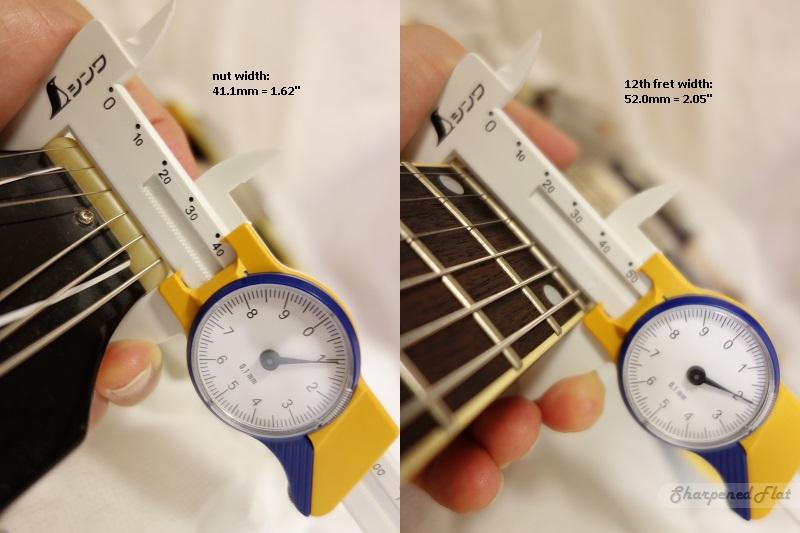