Near the top range among Yamaha 335 semi hollow bodies (Retail price: JPY 160,000 . SA-2500 was the only guitar whose price was set more expensive than SA-2000S among Yamaha semi hollows. Its price was JPY 10,000 higher). The last letter 'S' in SA-2000S stands for Solid to highlight the type of build - the carved solid Spruce was used on body top, whereas SA-2000 had pressed multi ply of Birch timber.

Also notable is push-push tone selector which enables widened palette of humbucking and single coil both for neck and bridge pickup.

Manufacture year of this guitar is 1981. You may identify by looking at the bottom of the pickups, which have its production date inscribed as 56.3.11. Japan uses its own calendar named after their emperor. The then emperor was Showa and his calendar had started being used from 1925. Therefore year 56 equals to western calendar 1925 + 56 = 1981.

With regard the condition of this guitar, I would say it aged 30 years in elegant way. A few dings on the body and rear neck must have been unavoidable. Relatively low fret wear, leaving around 80% still available. Neck is slightly up-bow so I adjusted clock-wise.
This guitar comes along with the vintage hard shell case.

This guitar comes along with the vintage hard shell case. 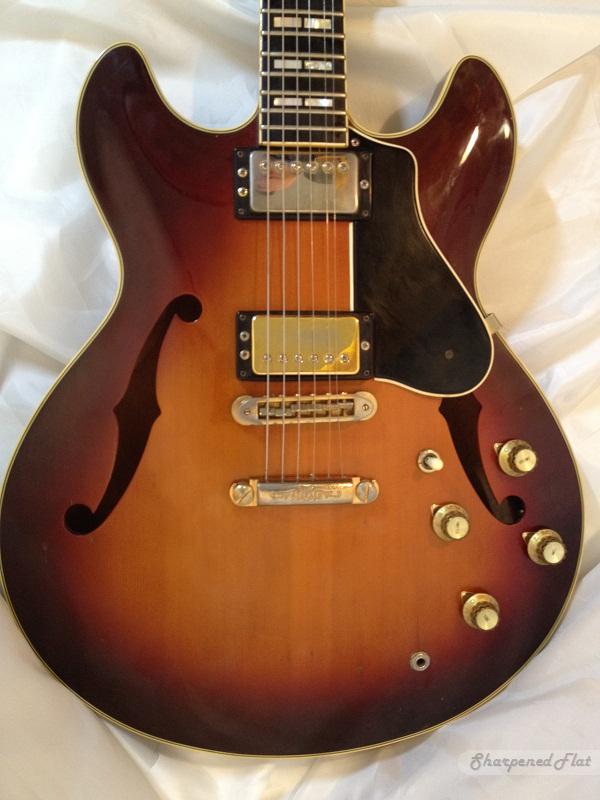 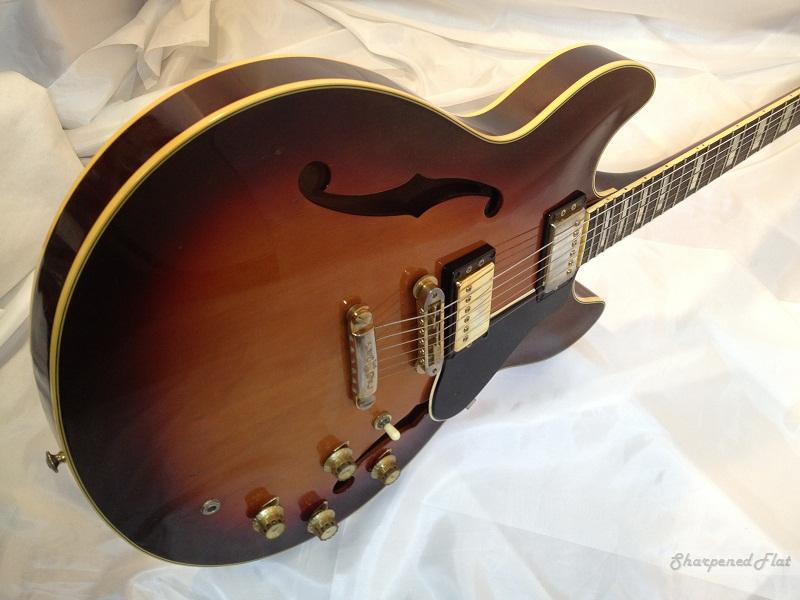 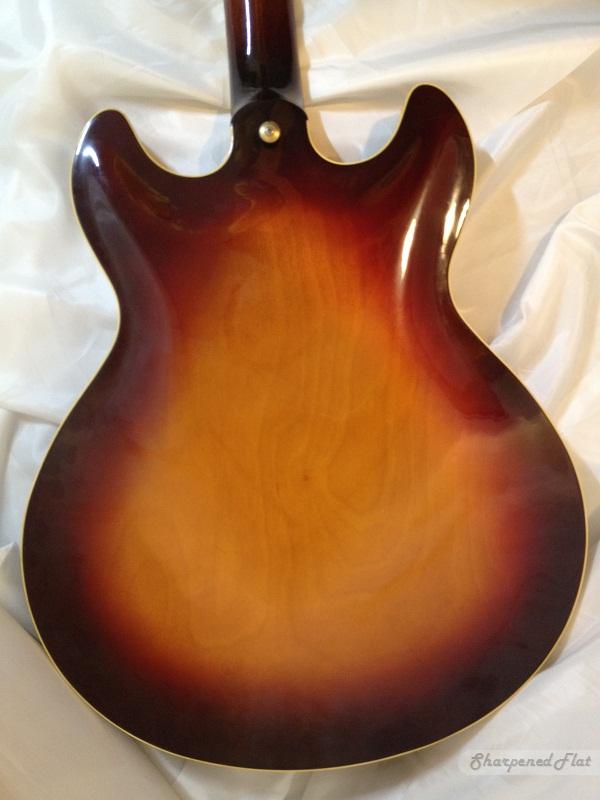 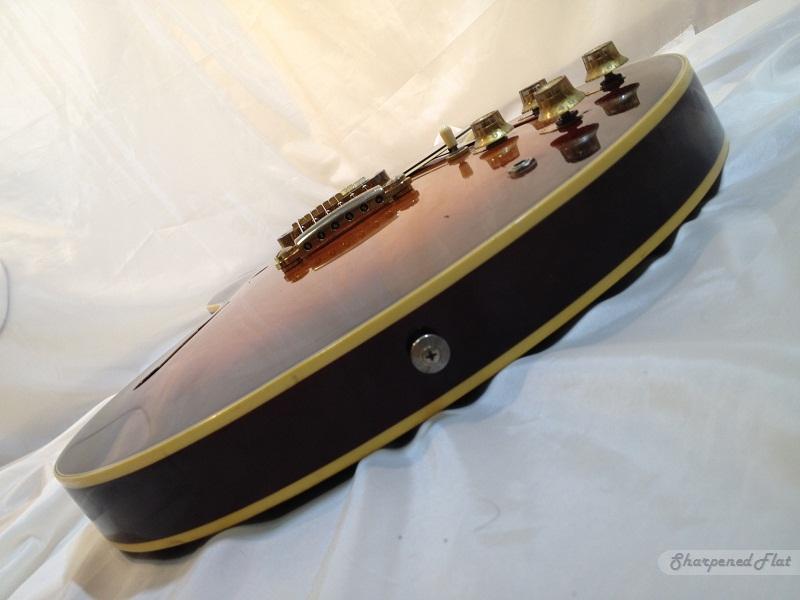 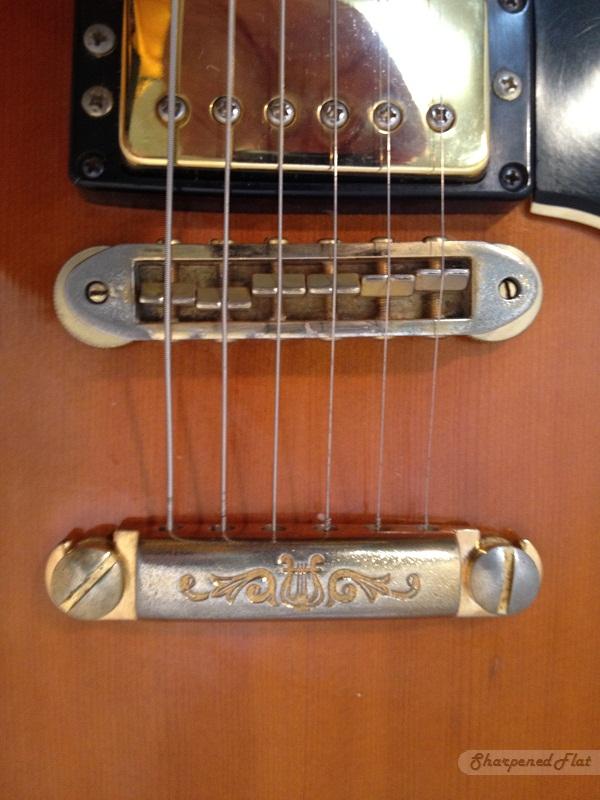 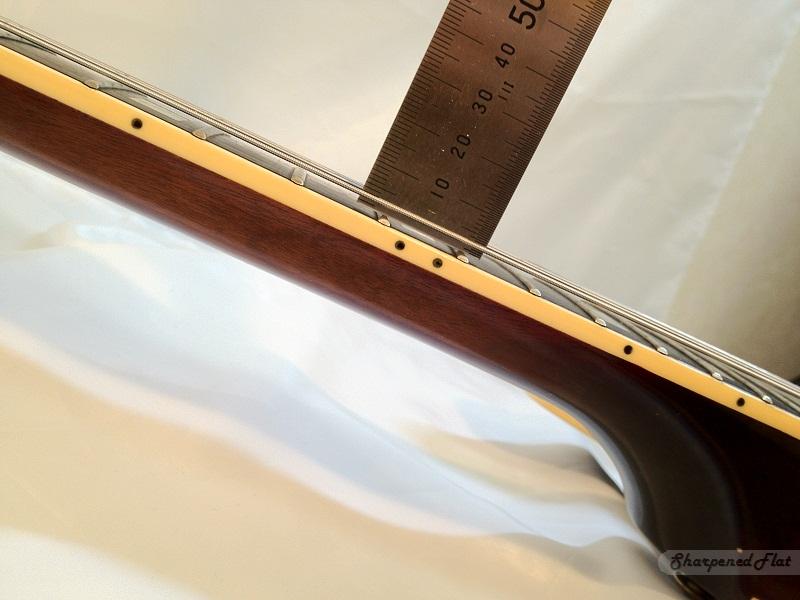 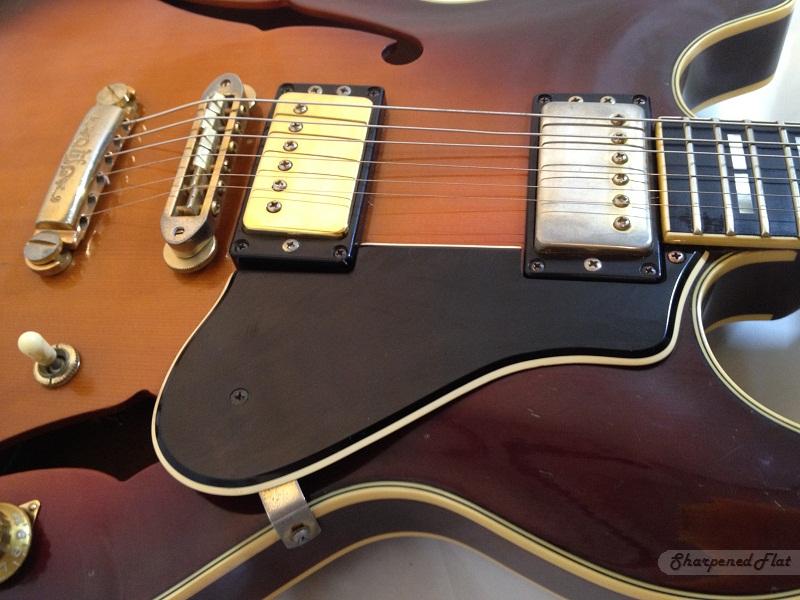 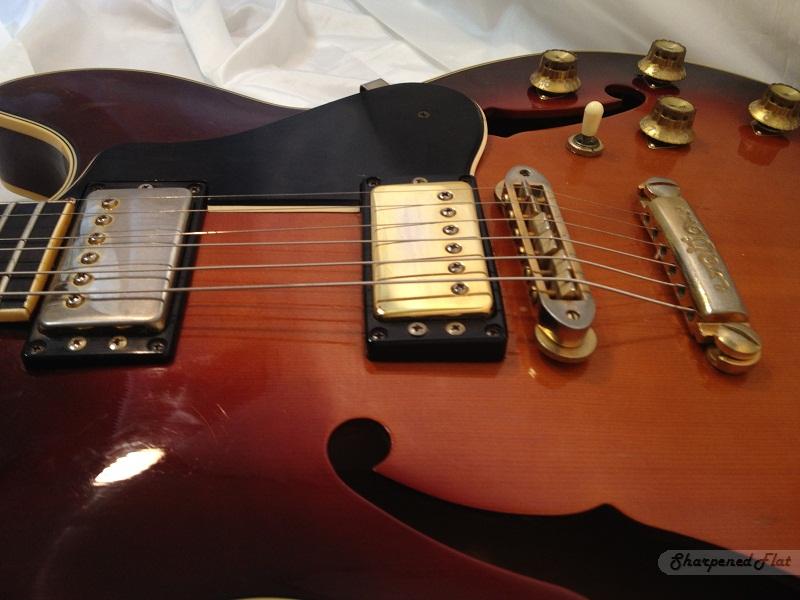 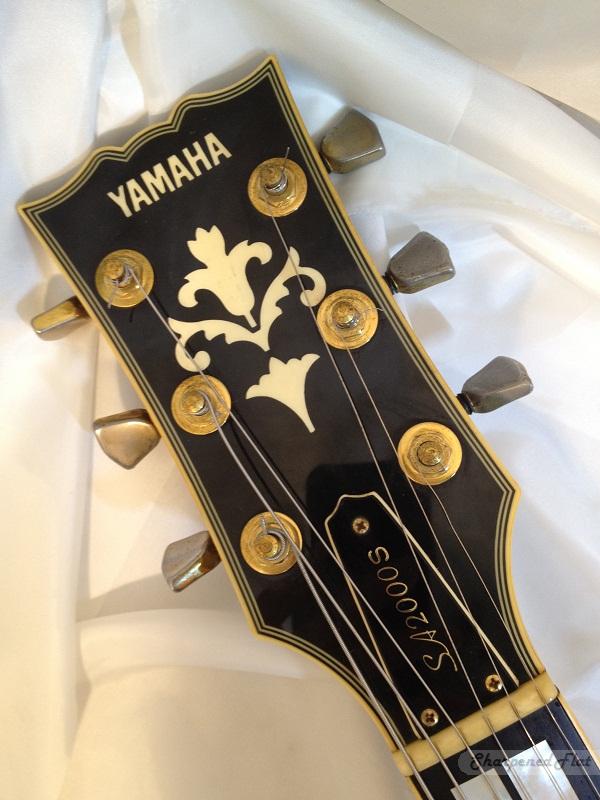 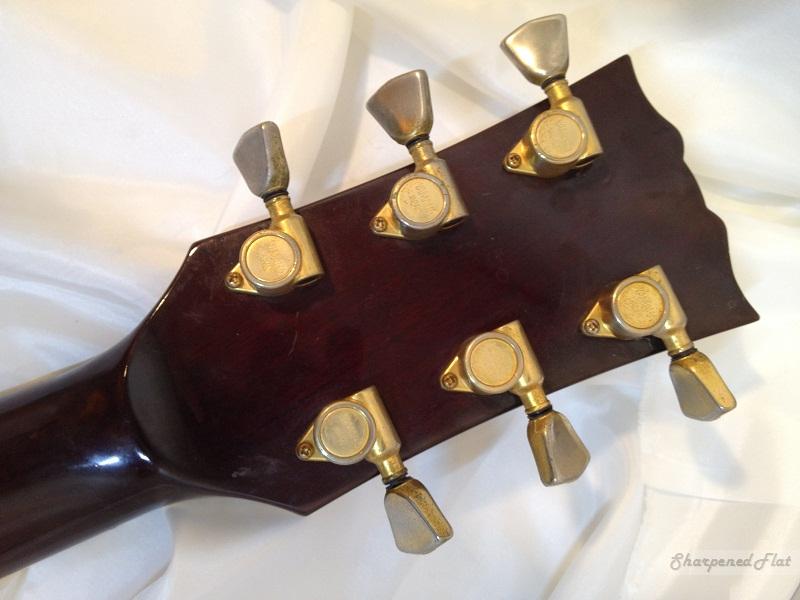 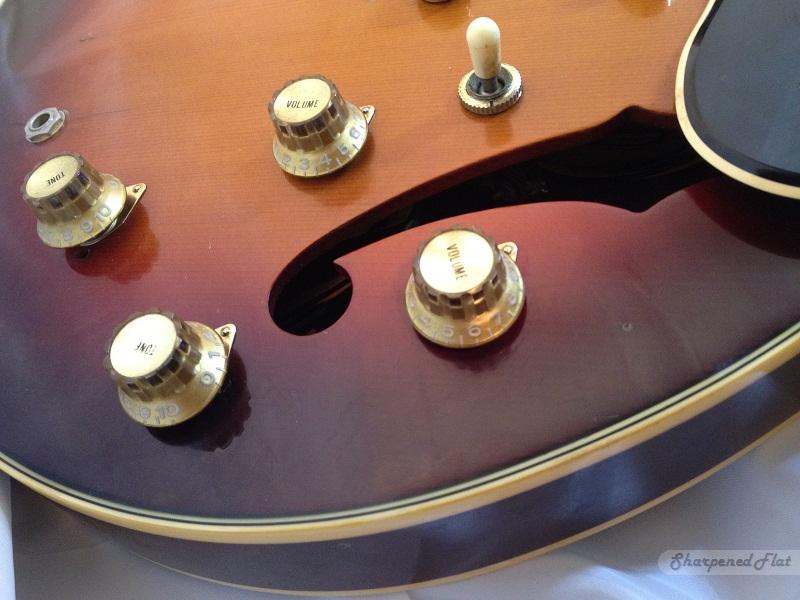 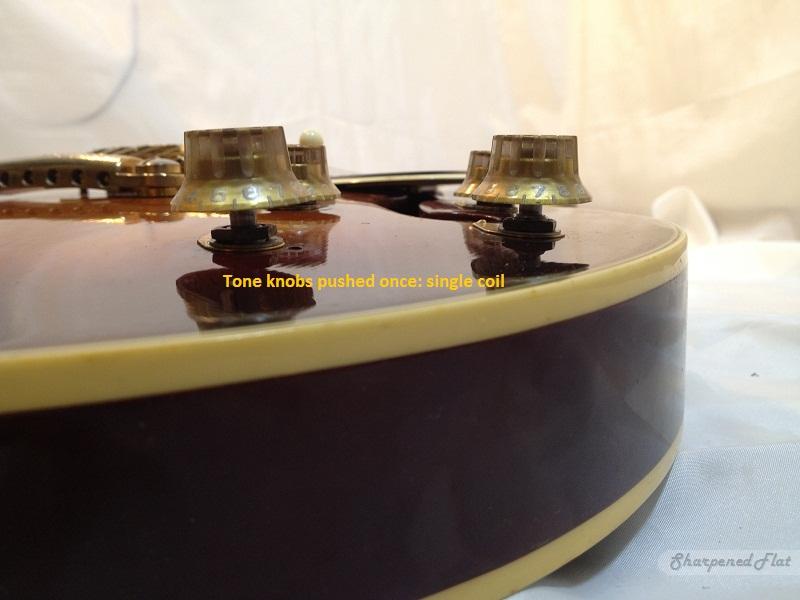 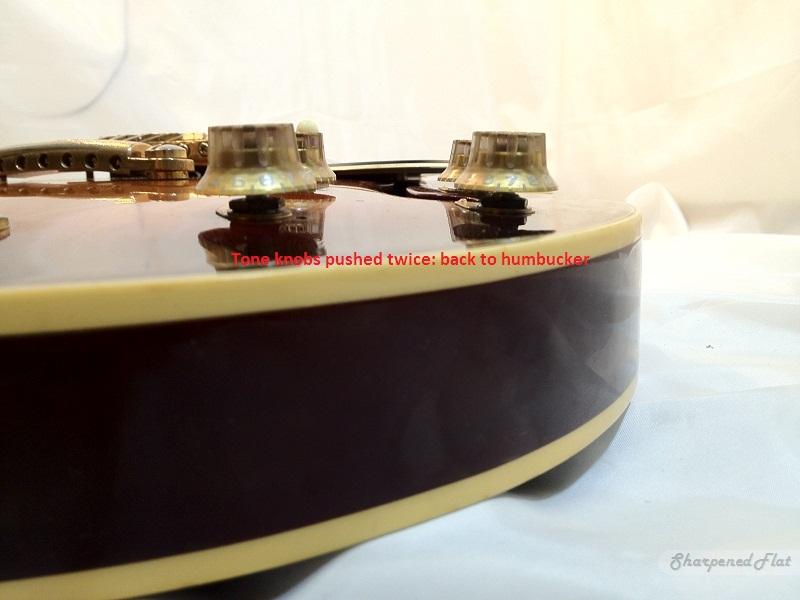 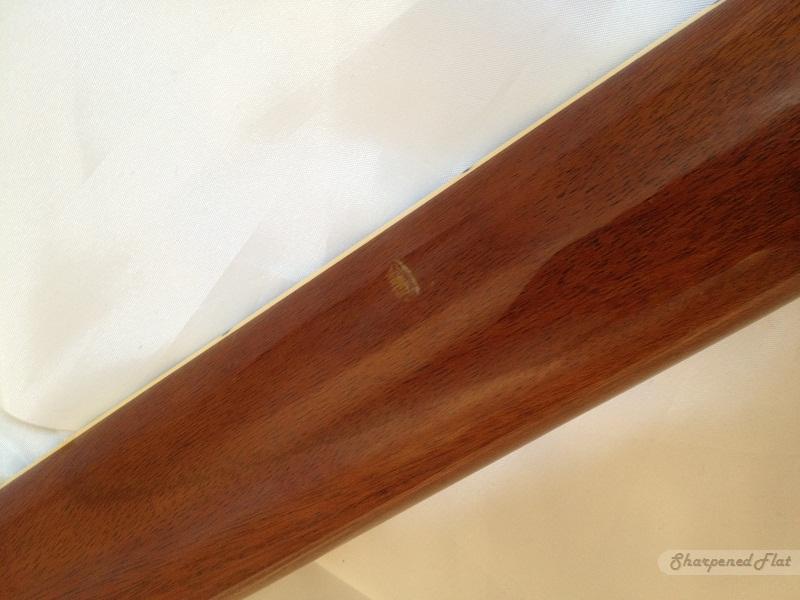 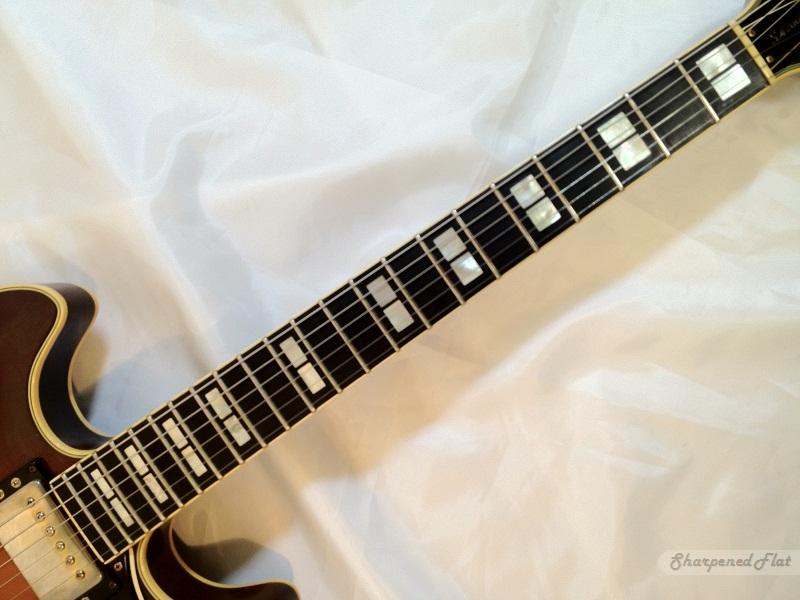 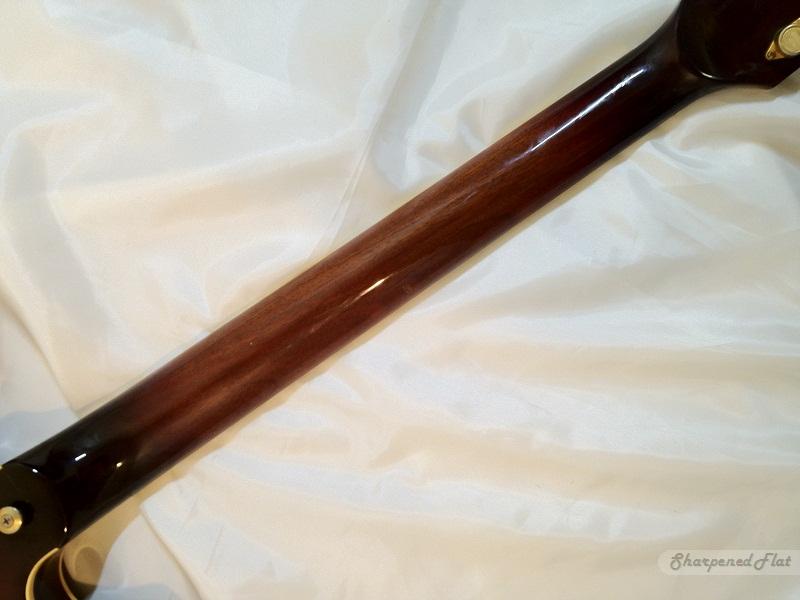 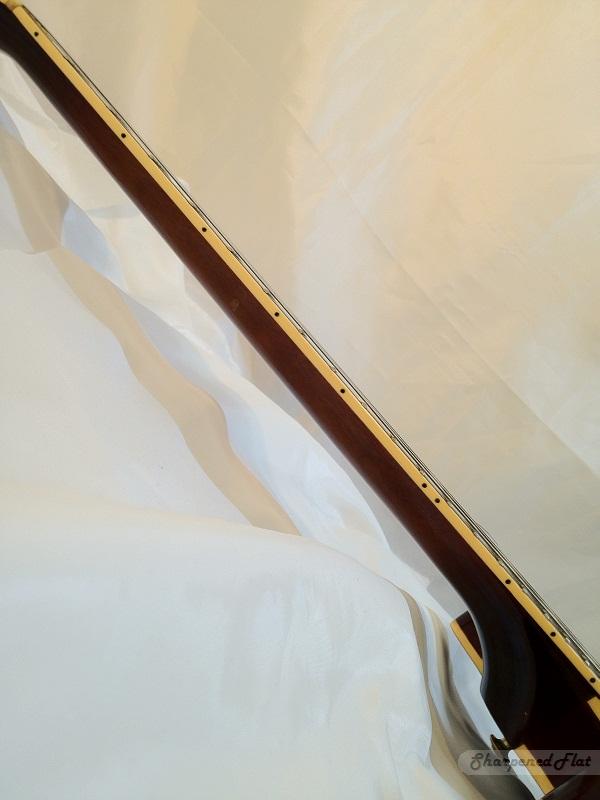 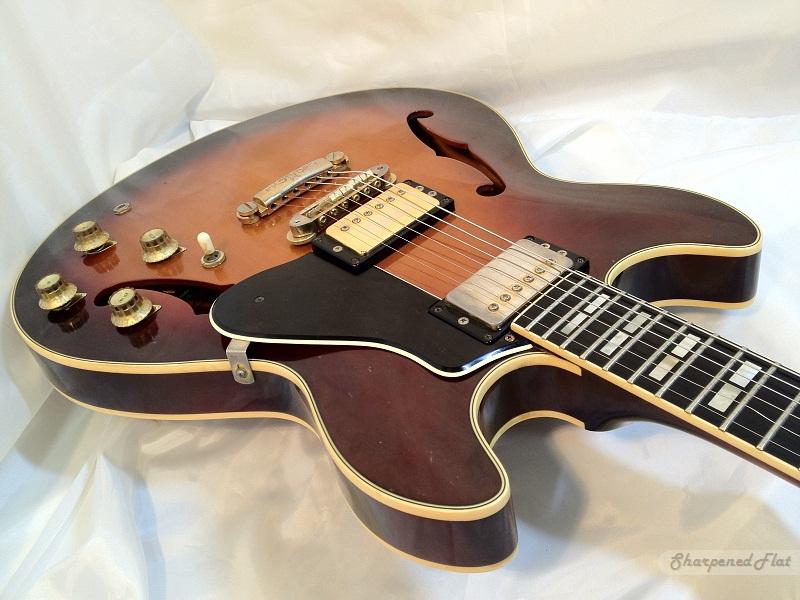 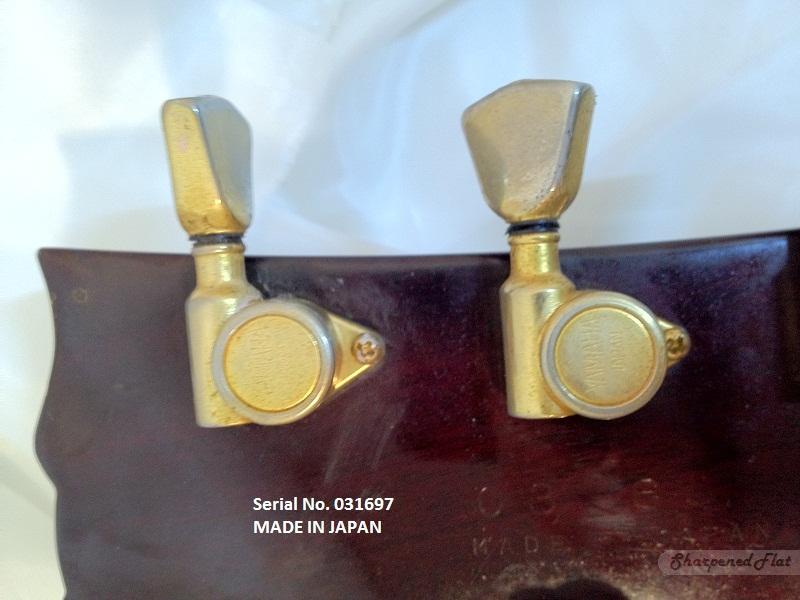 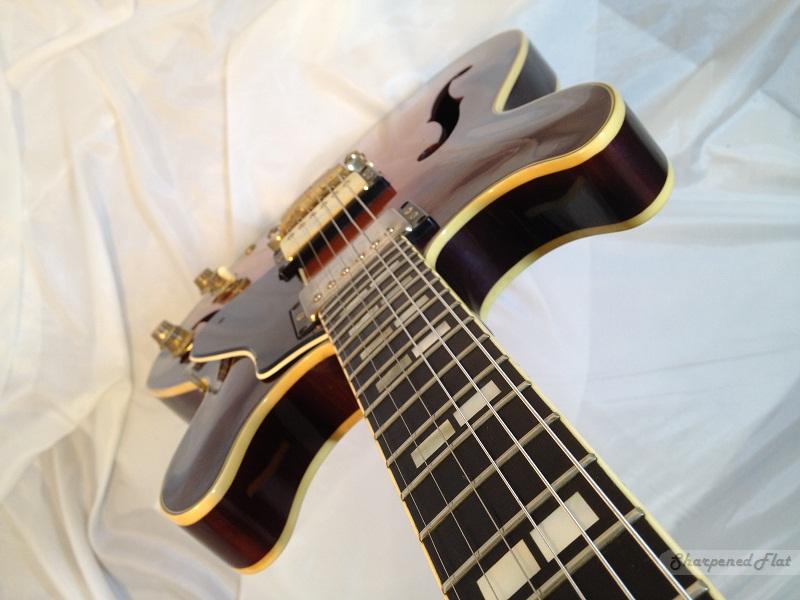 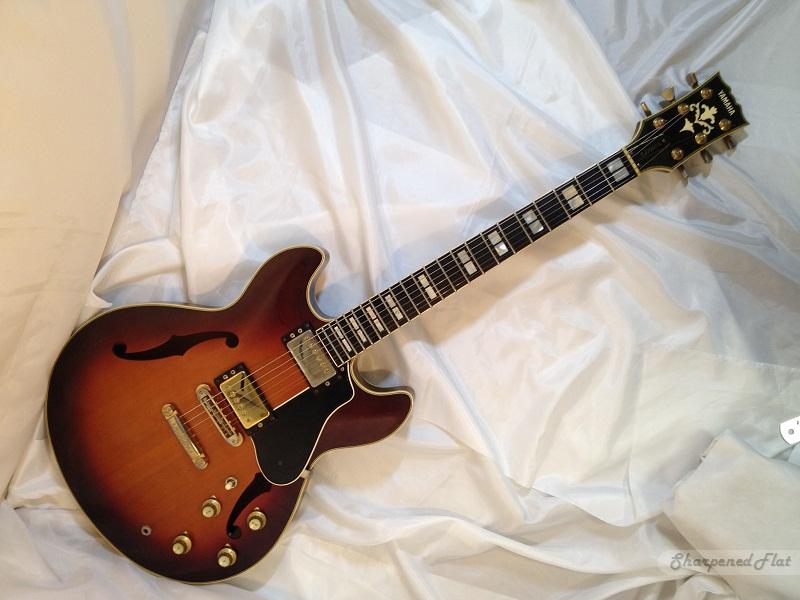 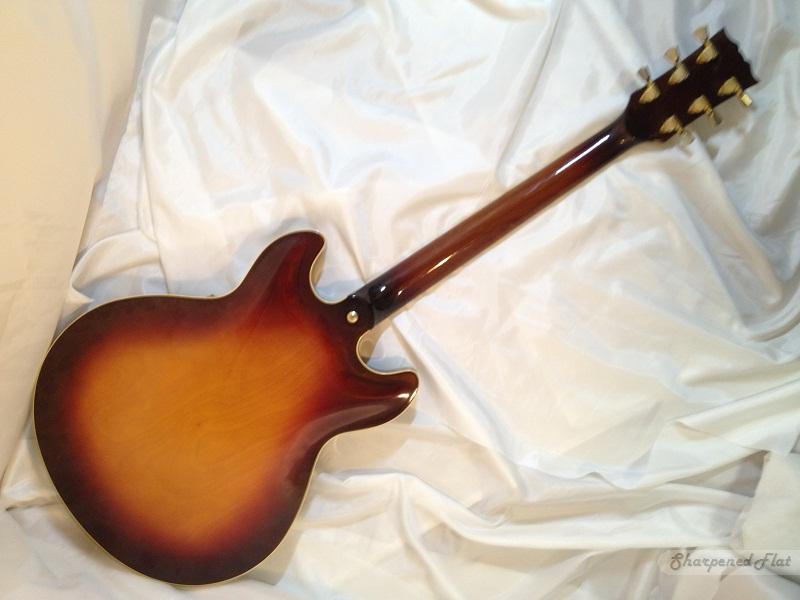 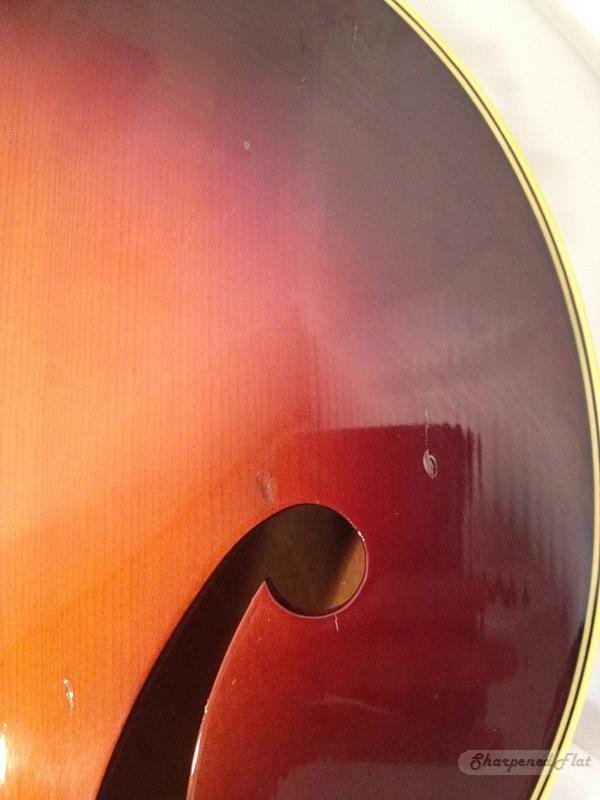 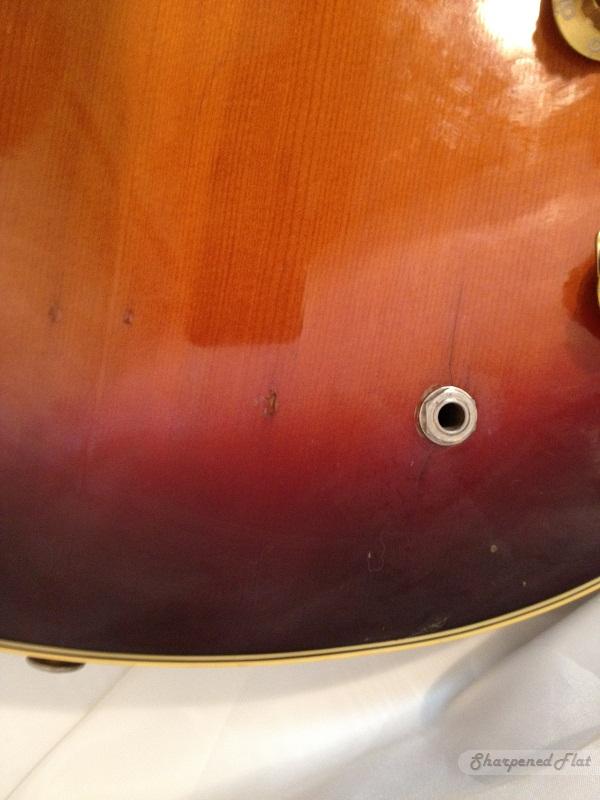 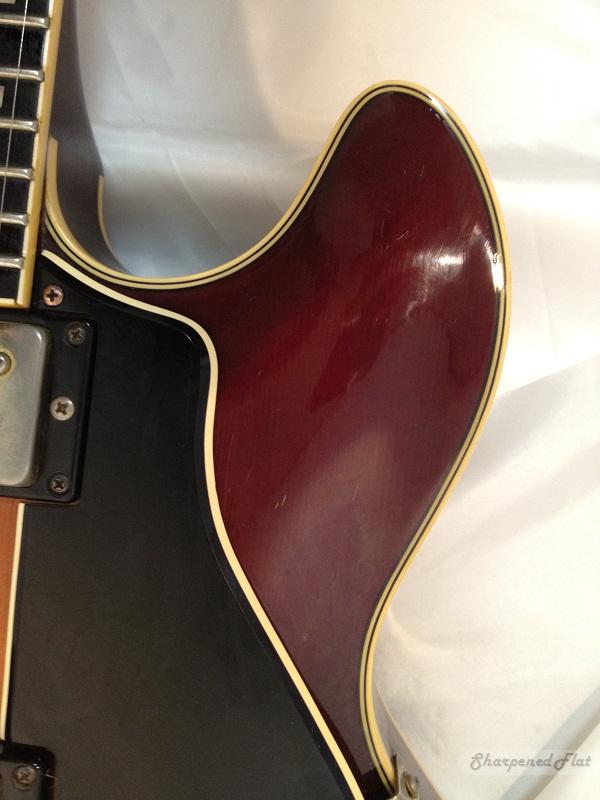 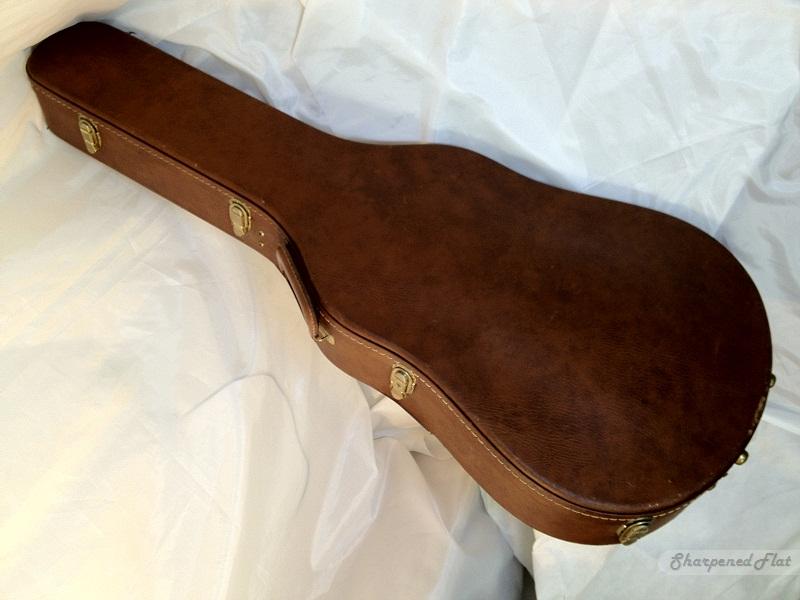 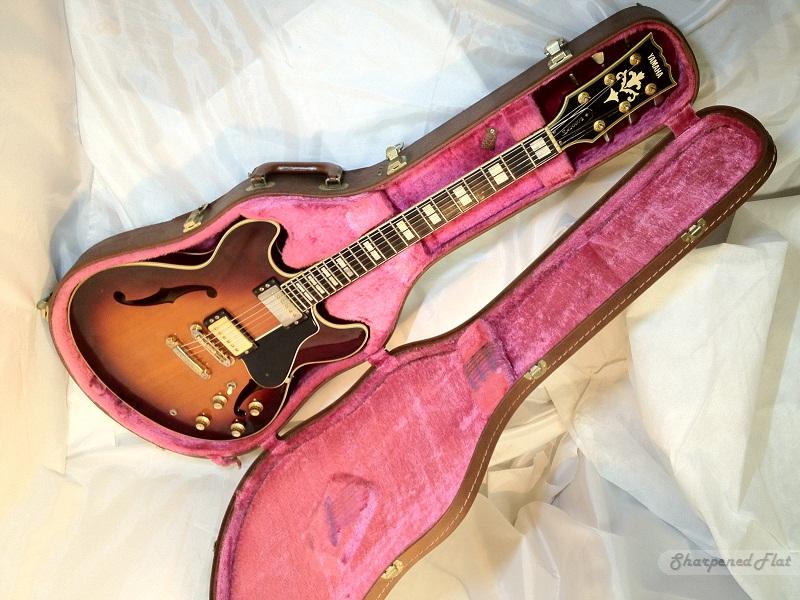