On sale is the first generation of Japanese hollow body guitars (T in SA-30T stands for Tremolo arm.) The birth of this guitar dates back to 1967 where the dawn of successful Japanese 335 copies had just begun. Greco, Ibanez and those small but ambitious Japanese guitar makers had finished analyzing the prototype of Gibson 335 series and were just about to export their carbon-copy lawsuit guitars whereas Yamaha, maybe due to its brand already well-known around the globe, I believe was not able to join the much temping 335 copy business. Instead Yamaha's genuine design was applied to the hockey stick-like headstock and a balancer introduced on behalf of 2 x 2 volume and tone knobs. Their hollow body debut was with SA5 in 1966, then followed by SA30(T), SA50, SA15, SA20 and evolved to SA700, SA1000, SA2000, finally SA2500, which is another milestone of Yamaha semi hollows.

The serial number (21083) of this guitar indicates it's manufactured in 1968. About 45 years has passed without major crack or dent, what an amazing maintenance. For concerned buyers, I have to admit a 3mm hole punched on the right hand side of cutaway top. Tiny scratched shown on the body and headstock, and fretboard tarnished a bit, but all negligible considering half a century age of this guitar. Hooked up to the amp, it plays a warm and clean sound, making me feel like becoming a jazz musician.
To brief the specification - symmetrical double cutaway semi-hollow body, ivoroid body binding, two ivoroid-bound f-holes, set neck, 22-fret fingerboard with dot inlays, wood-based bridge, trapeze tailpiece, three knobs (volume, tone, mike balancer), three-way pickup switch, chrome hardware, Sunburst finish, 24.75 inch scale. I ship the guitar with a gig bag to save the shipping cost. 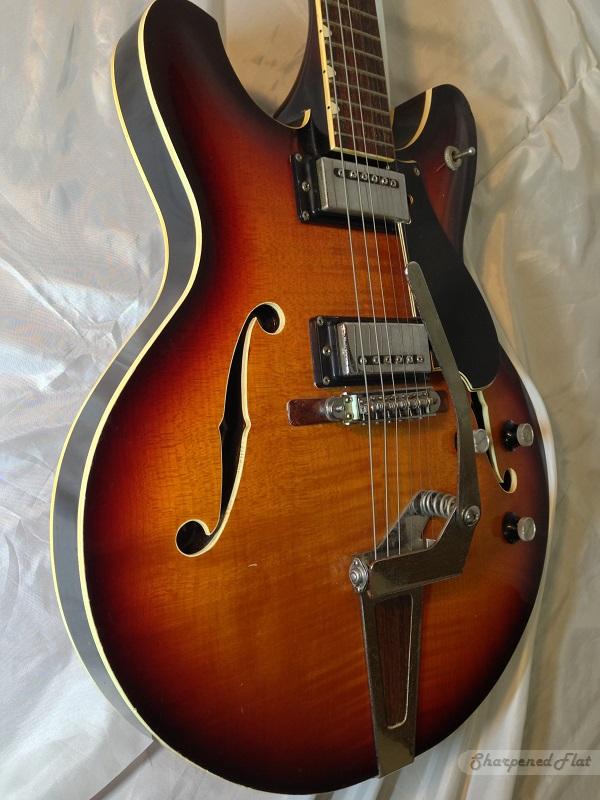 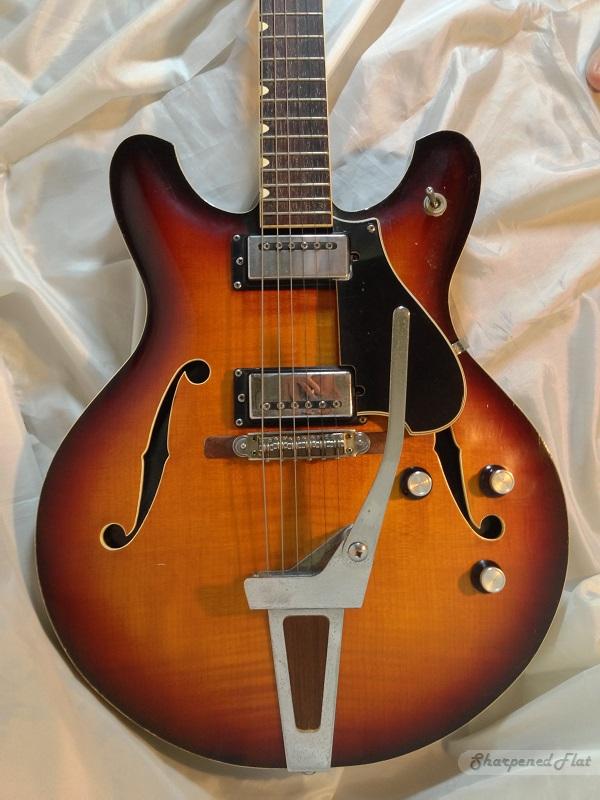 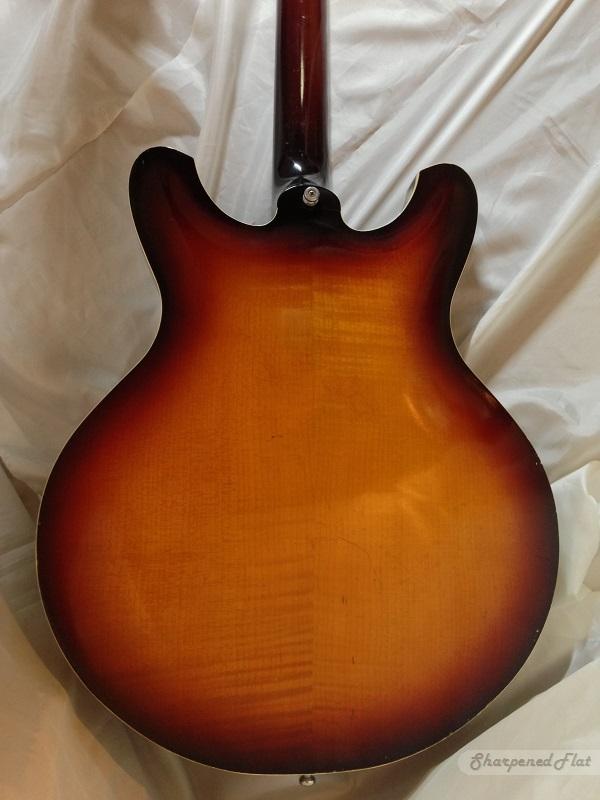 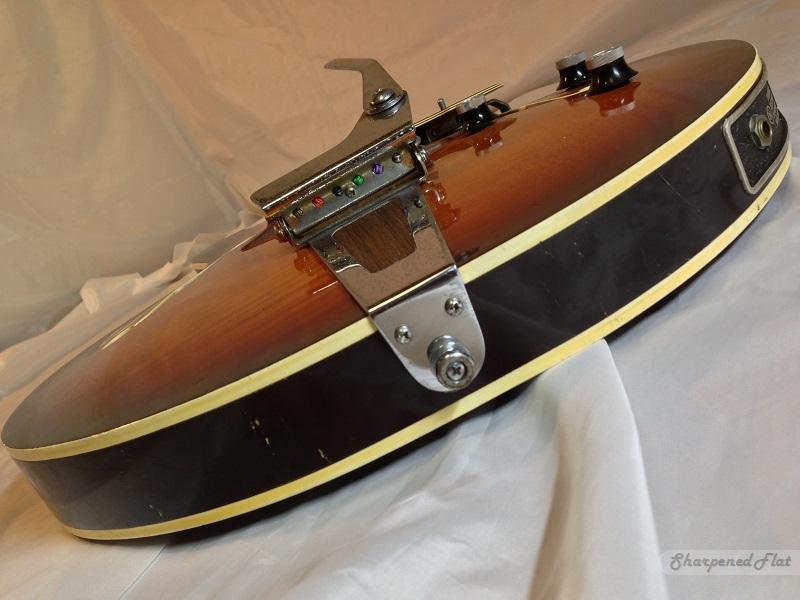 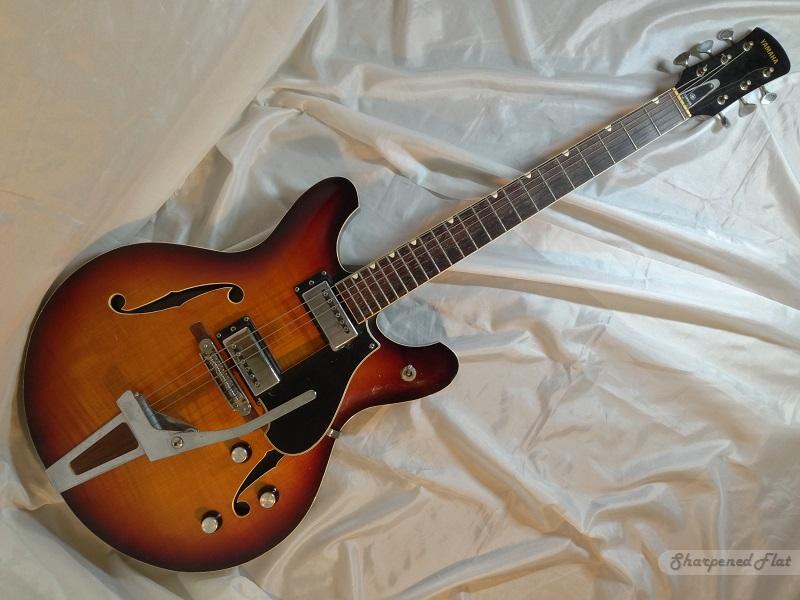 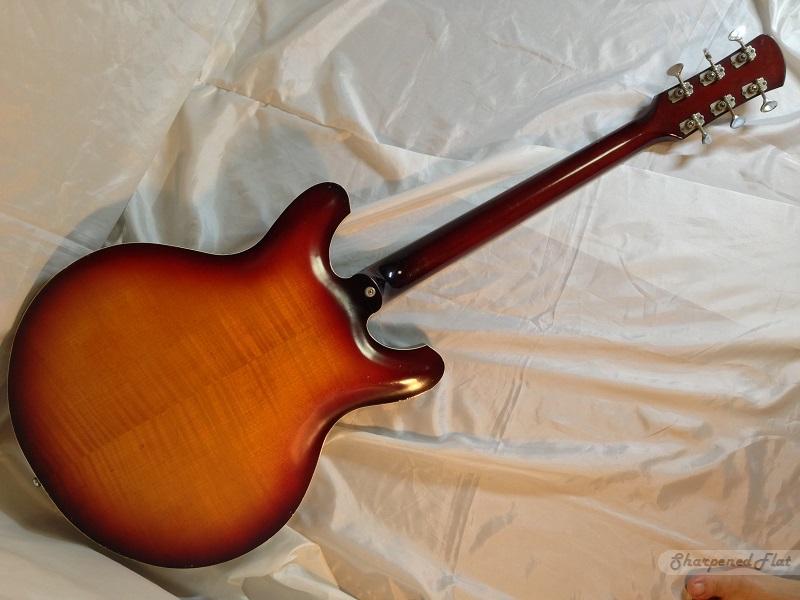 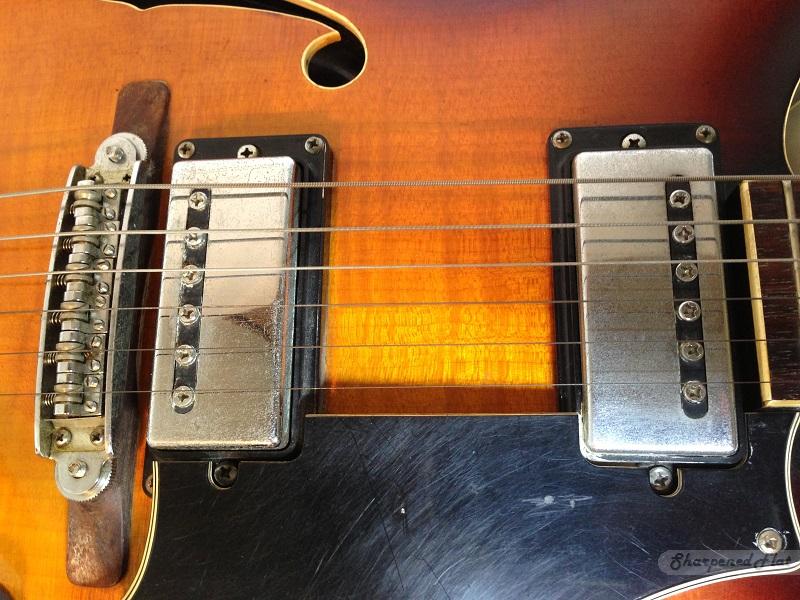 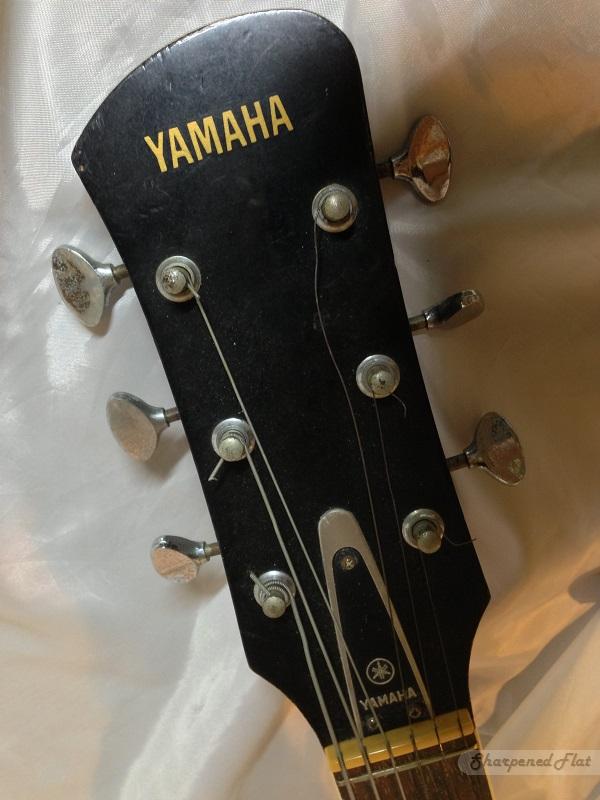 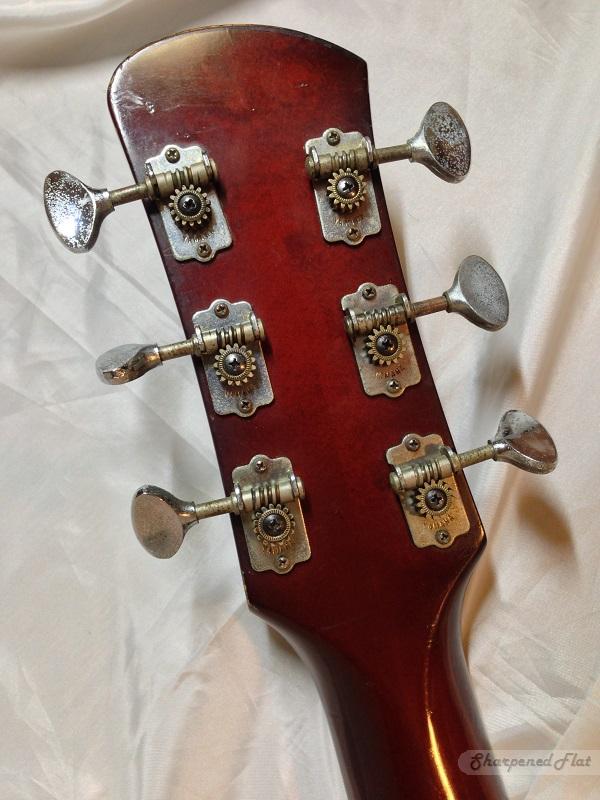 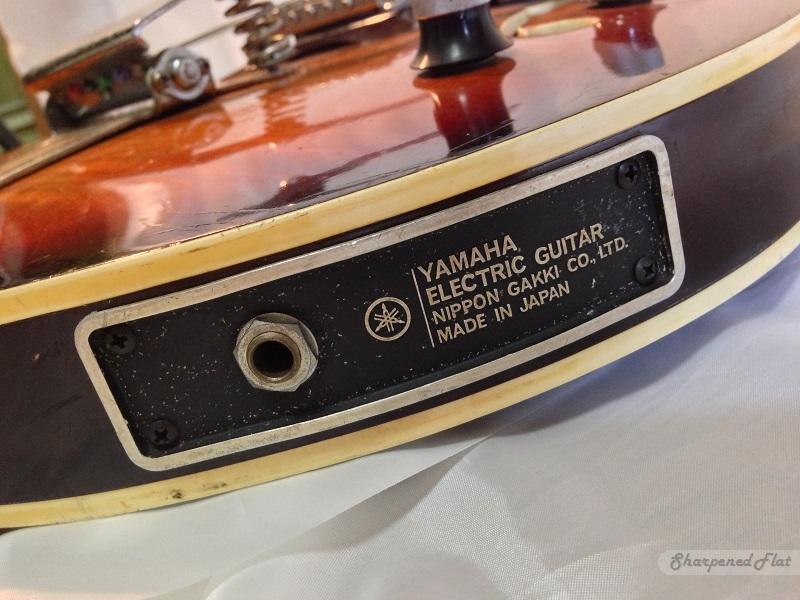 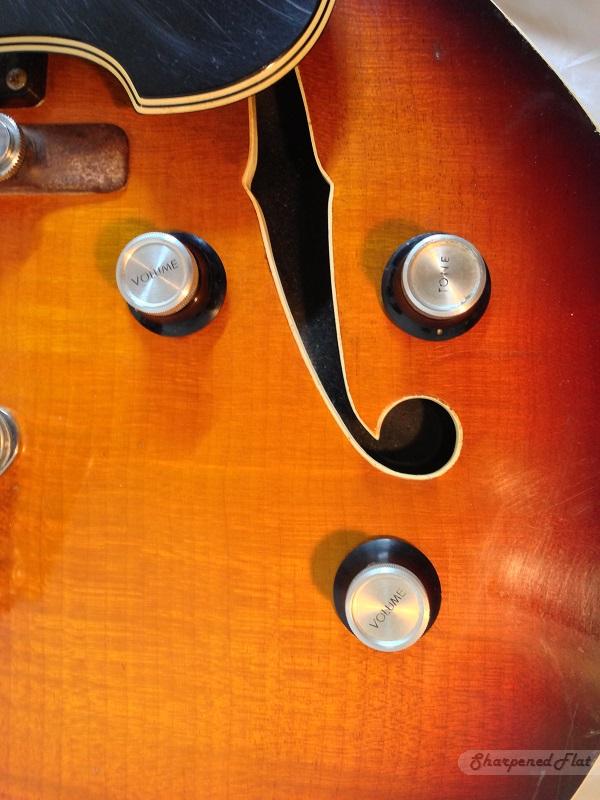 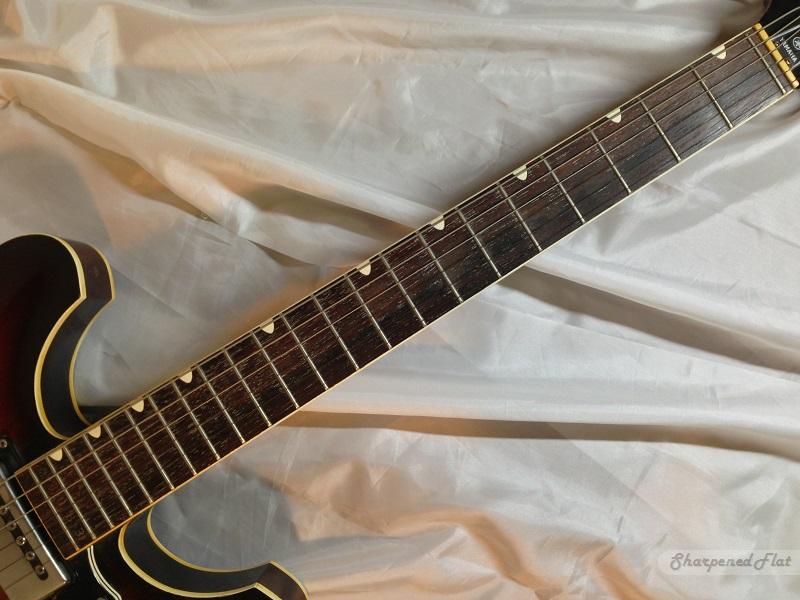 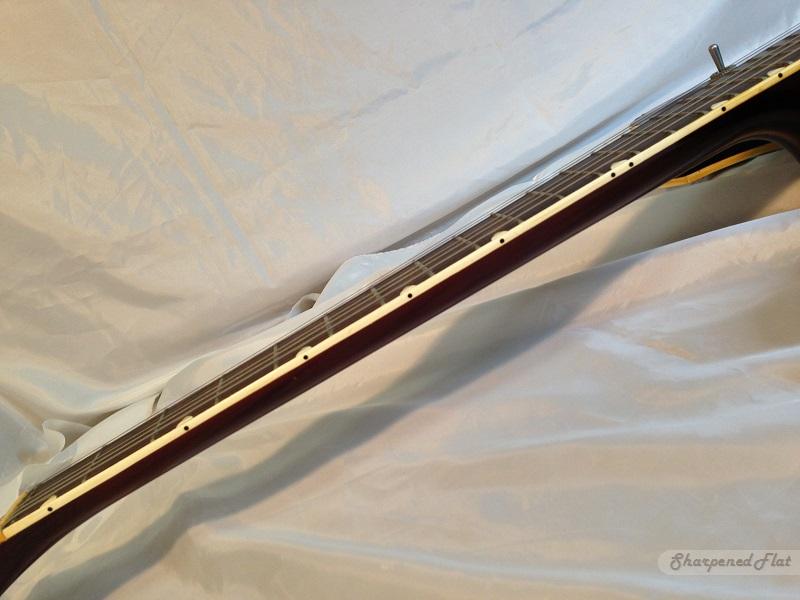 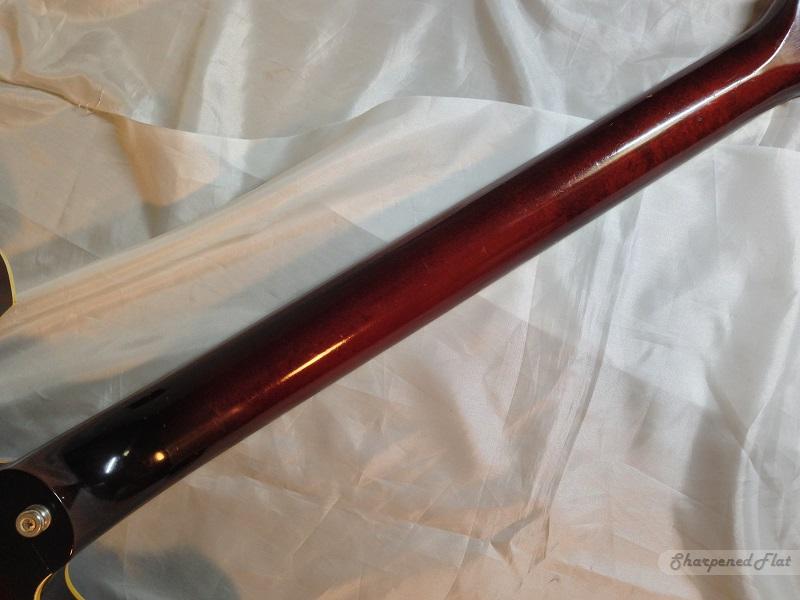 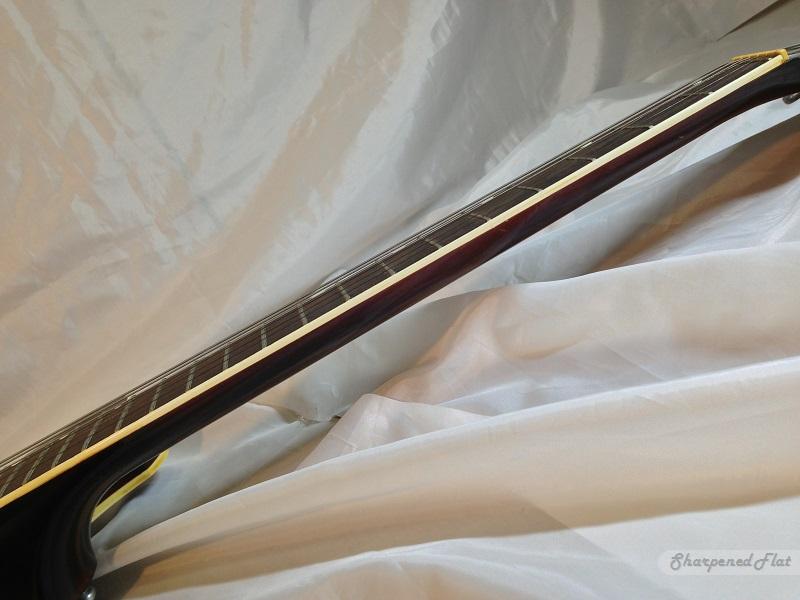 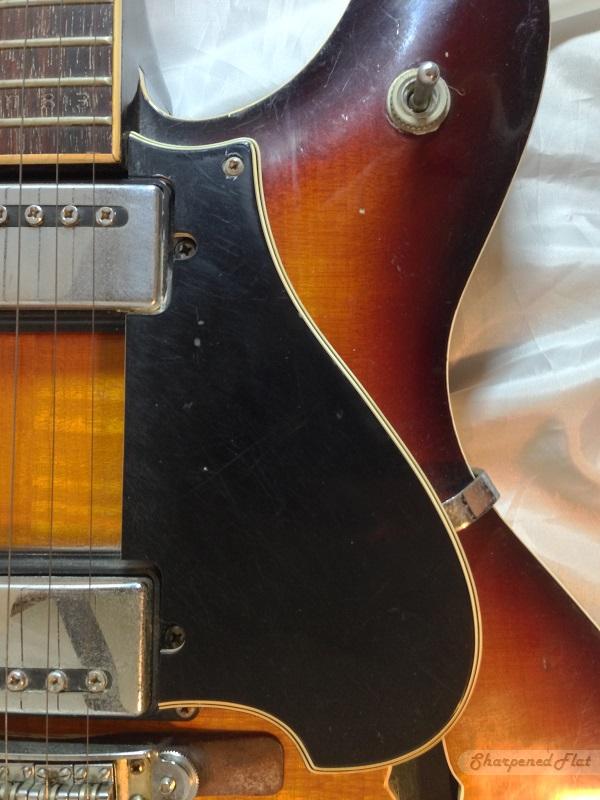 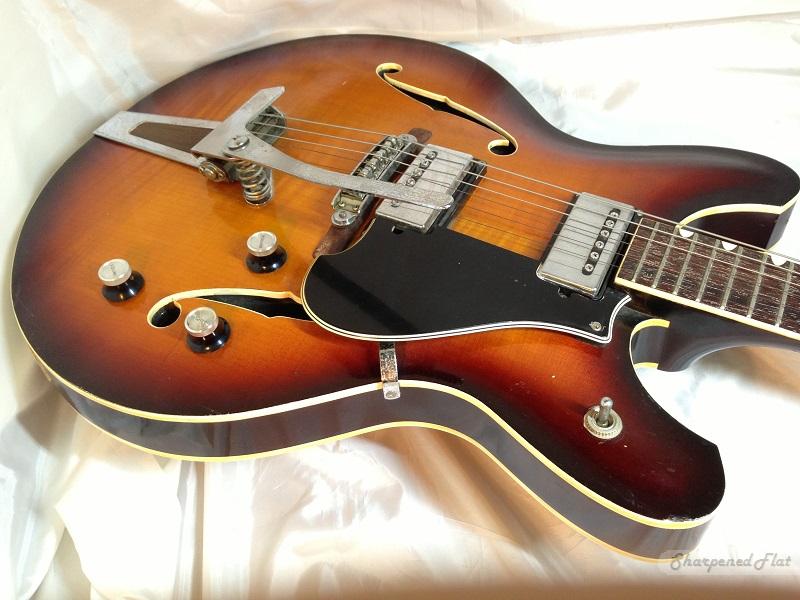 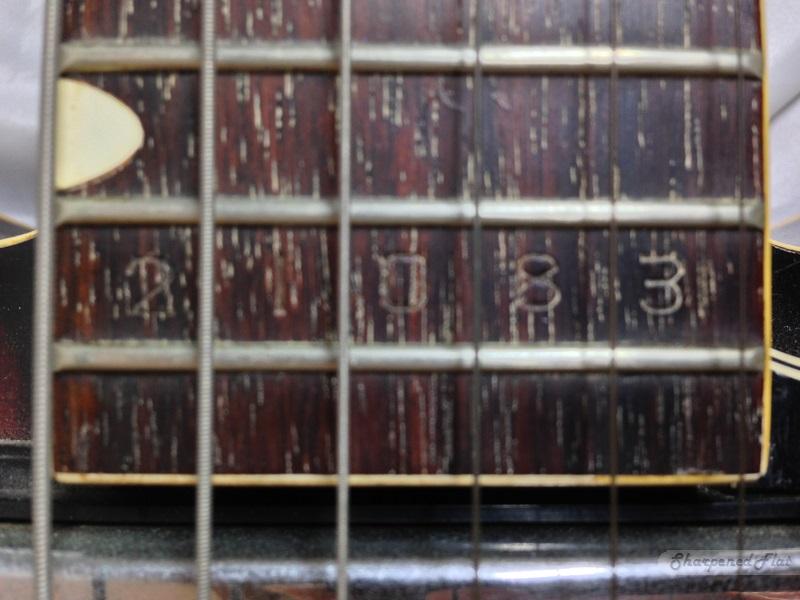 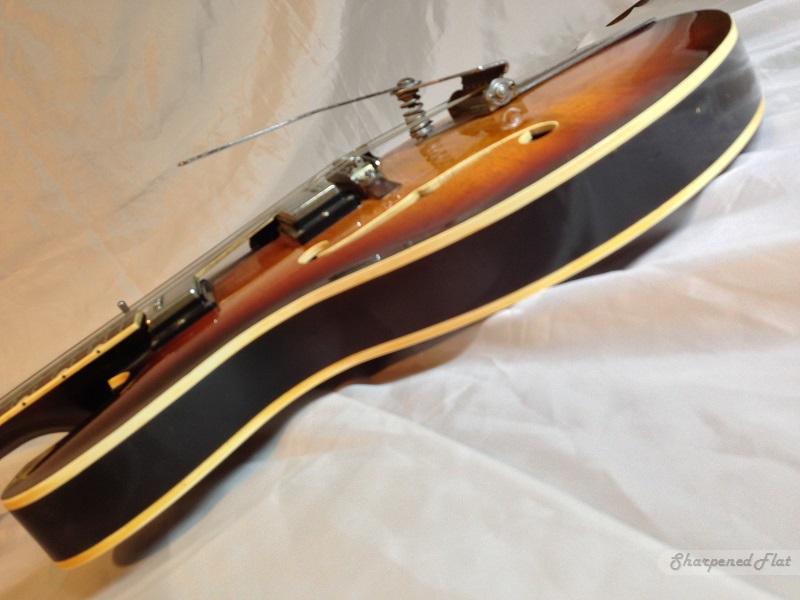 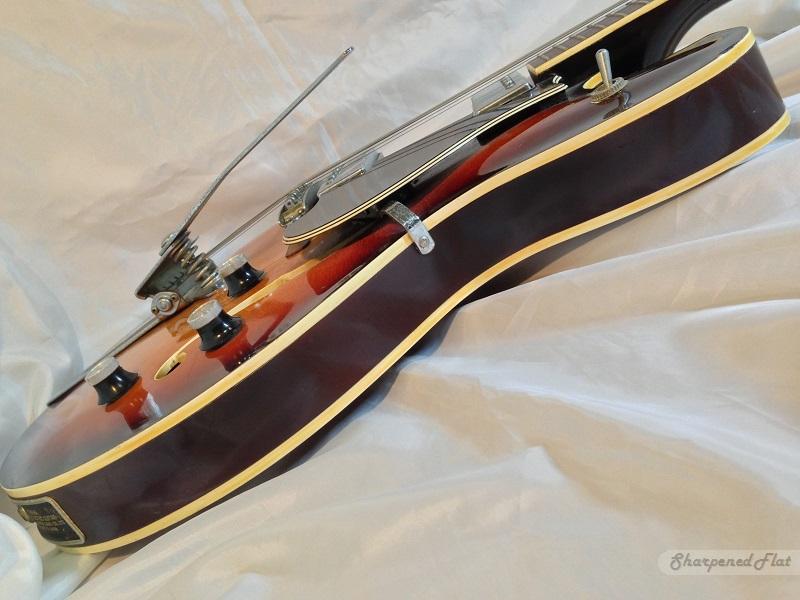 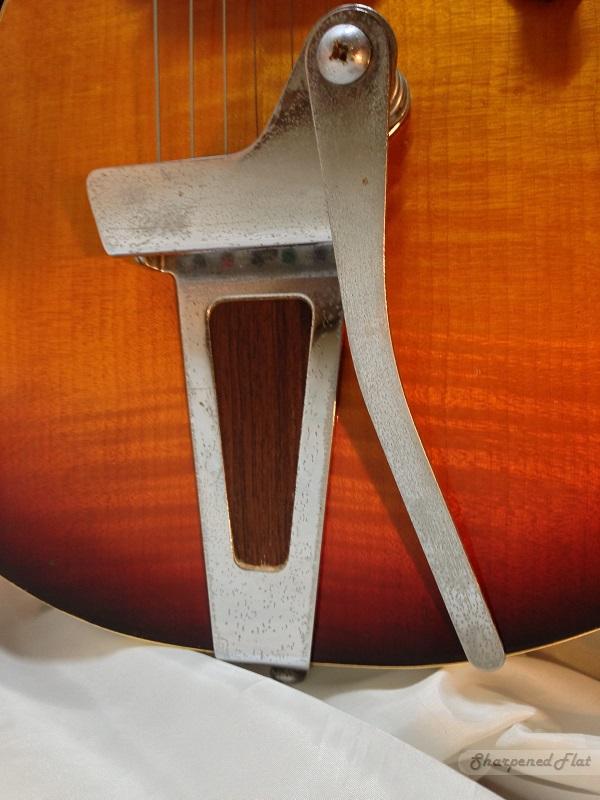 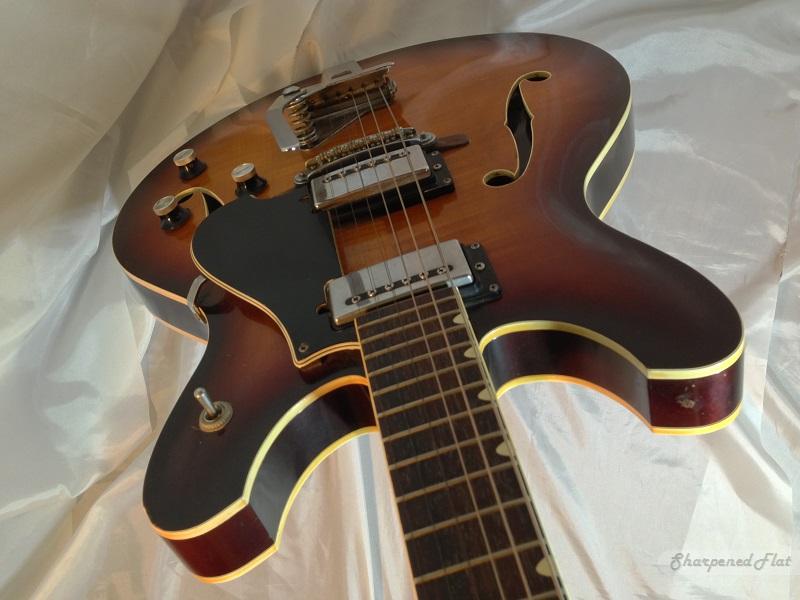 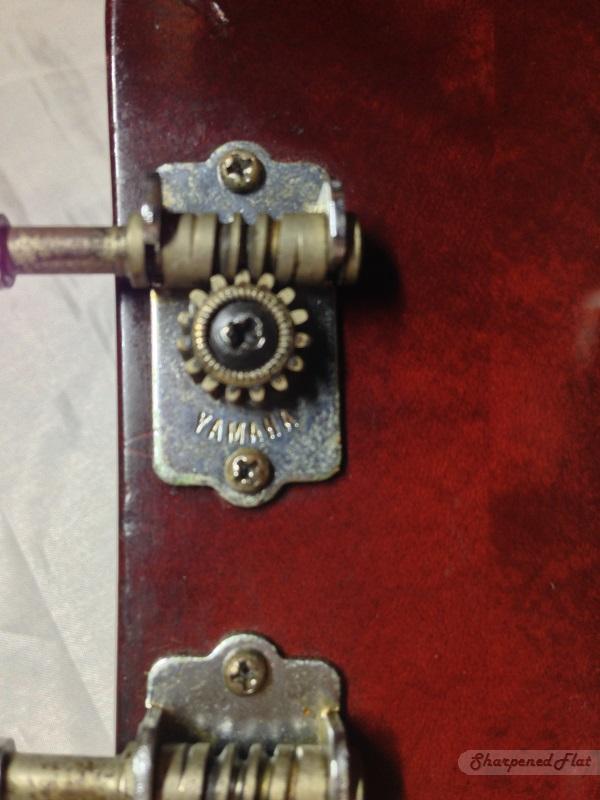