Tokai 335 series never fails in exciting me. Crafted in 2009, the near mint ES-158 delights you with its invincible quality and sound. Excellent fit and finish, the best timbers and materials, and astonishing resonance of PAF Vintage MkII pickups surely earned Tokai a supreme guitar brand.

Speaking of playability, once I lay my fingers on the fertboard Tokai does magic, having them dance over the frets so nice and smooth. I had a similar experience when playing Ibanez AS/GB/PM or Greco SA/FA series but this guitar is just 7 years old, staying little touched, and thus shows very minor signs of fret wear, buzz, and curvature. Action and intonation stays in tact as set up in the factory. Laminated lacquer finish, matched up with tobacco burst surely sets this guitar as a qualified jazzbox. In the photos below a thin, chalk-like scratch shown on the left bottom body and that is all I found as far as any cosmetics are concerned.
Lastly, a quick tip on interpreting the model name - the numbers following the model names indicate the price after thousand such as JPY xxx,000. Whenever there is major readjustment of JPY rates Tokai renames the model. For example, ES-145 used to be ES-130, even previously ES-120. The very model you see now is ES-150 but the up-to-dated Tokai webpage showcases it as ES-166. Again this model used to be called ES-135 once a upon a time in Japan... 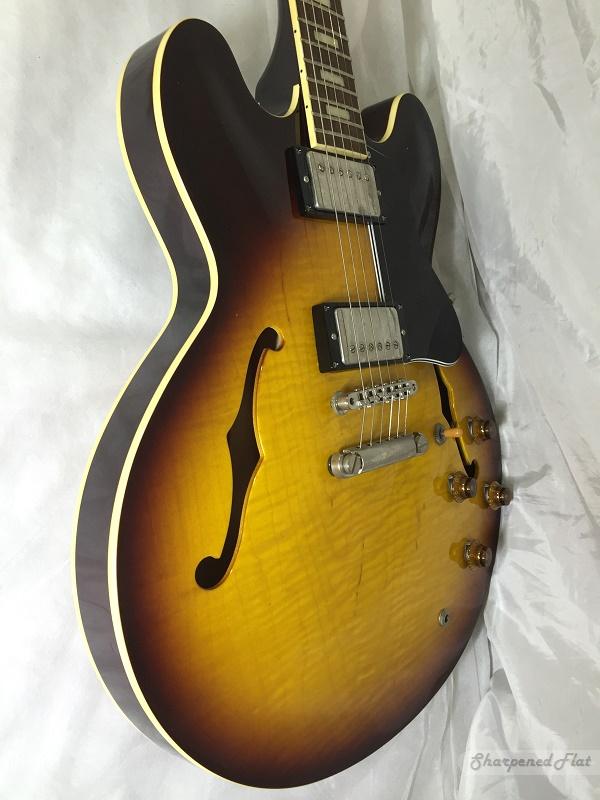 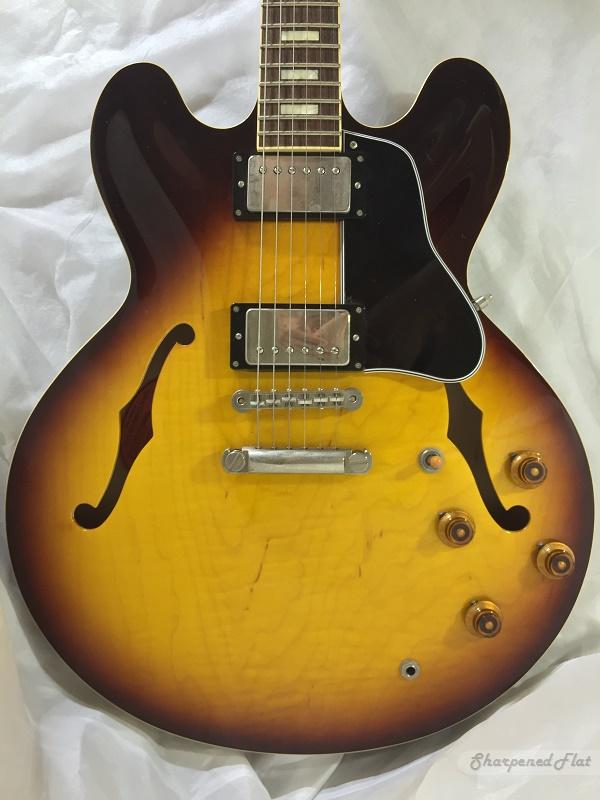 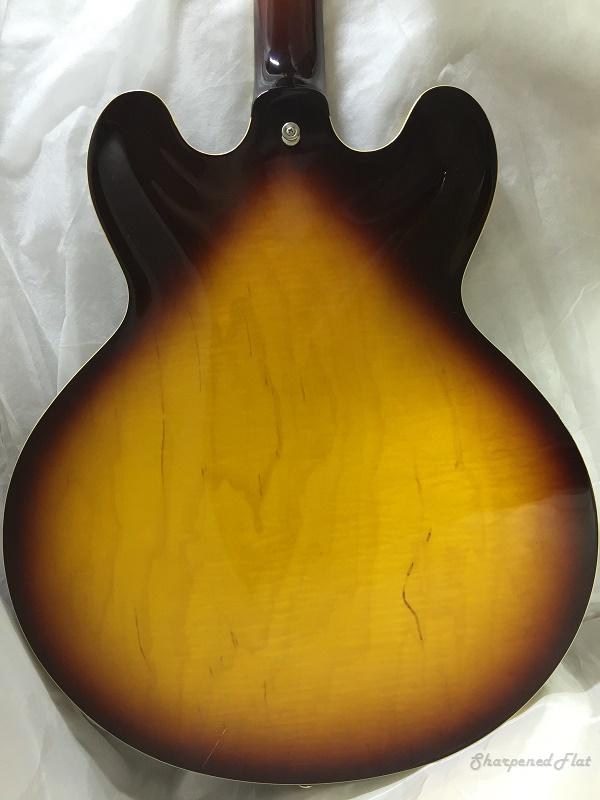 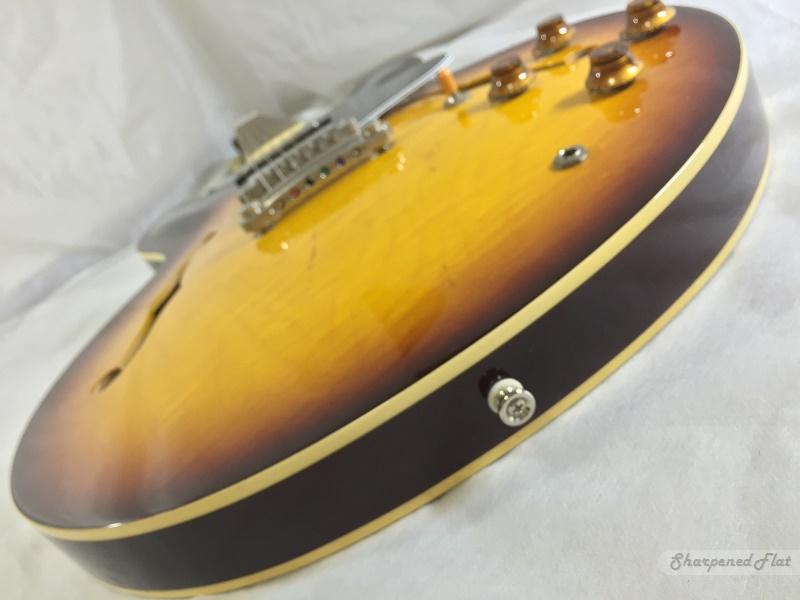 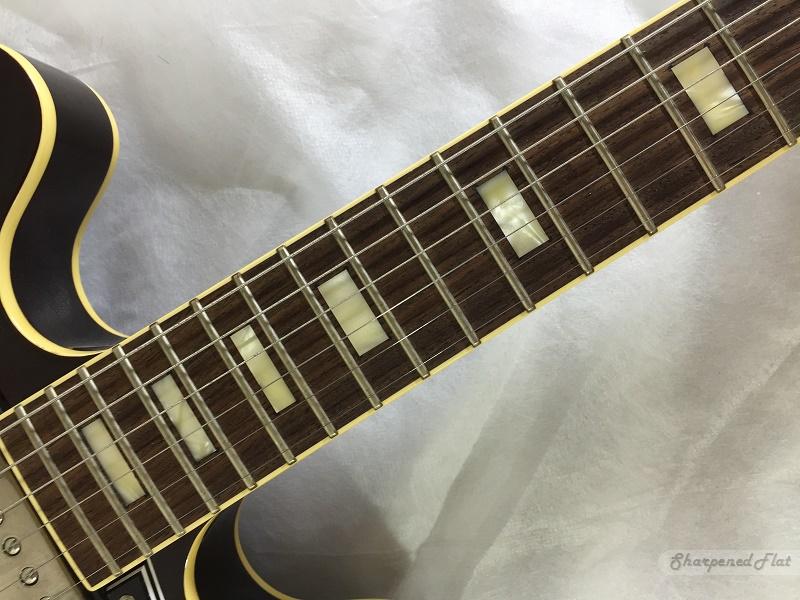 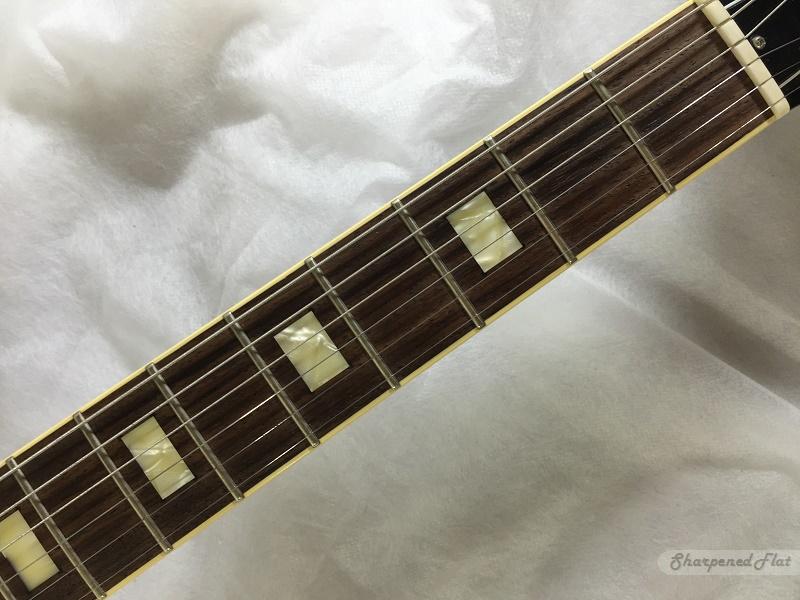 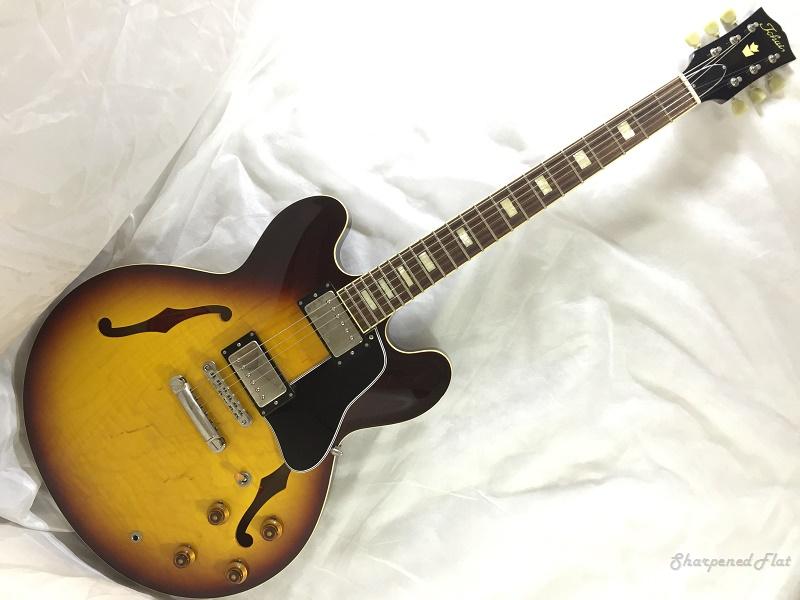 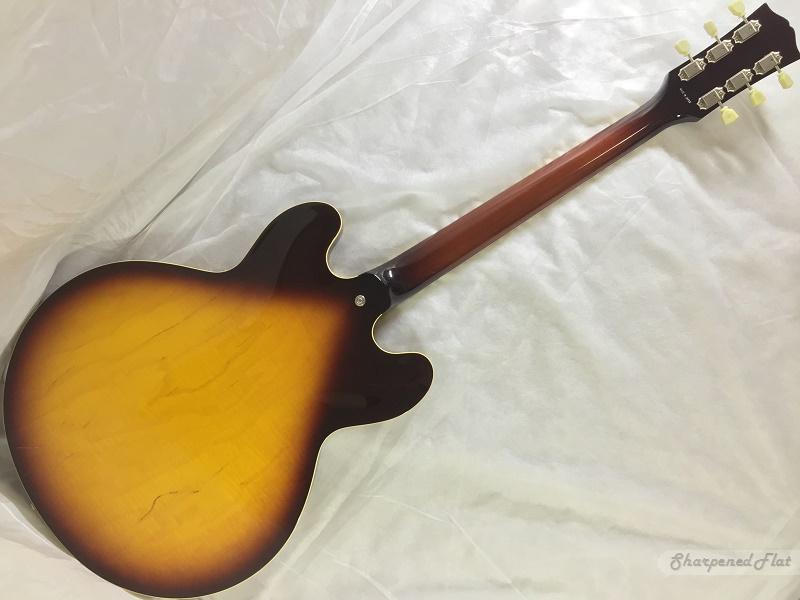 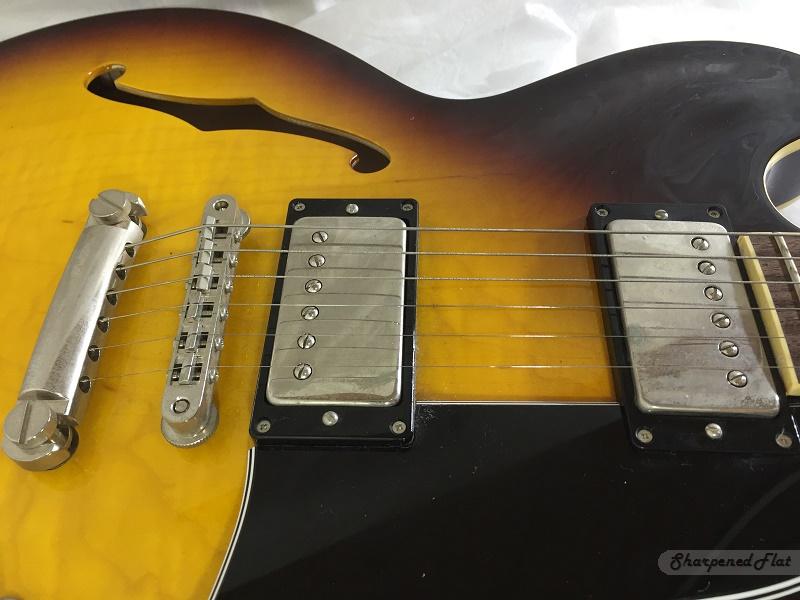 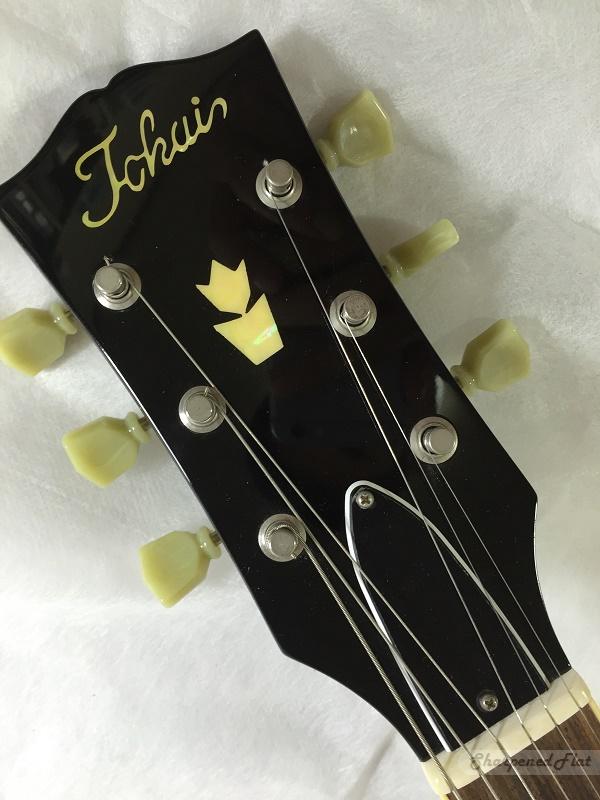 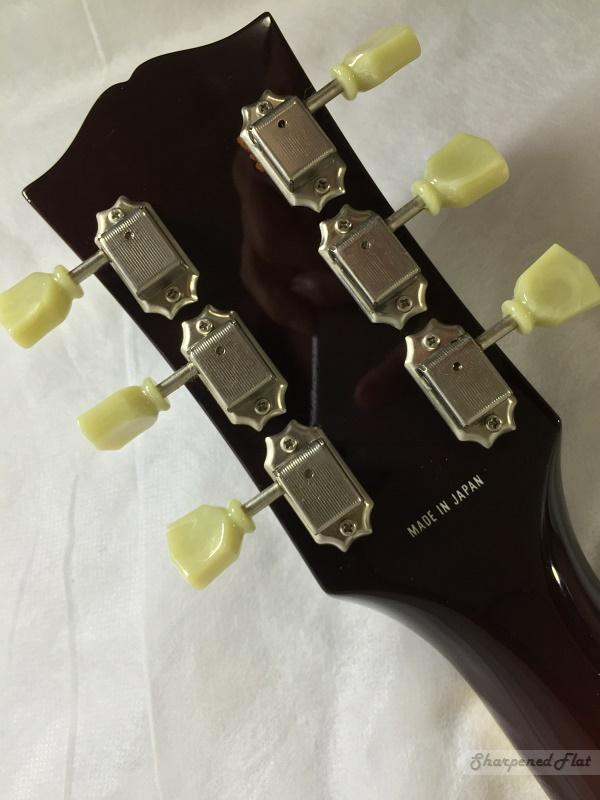 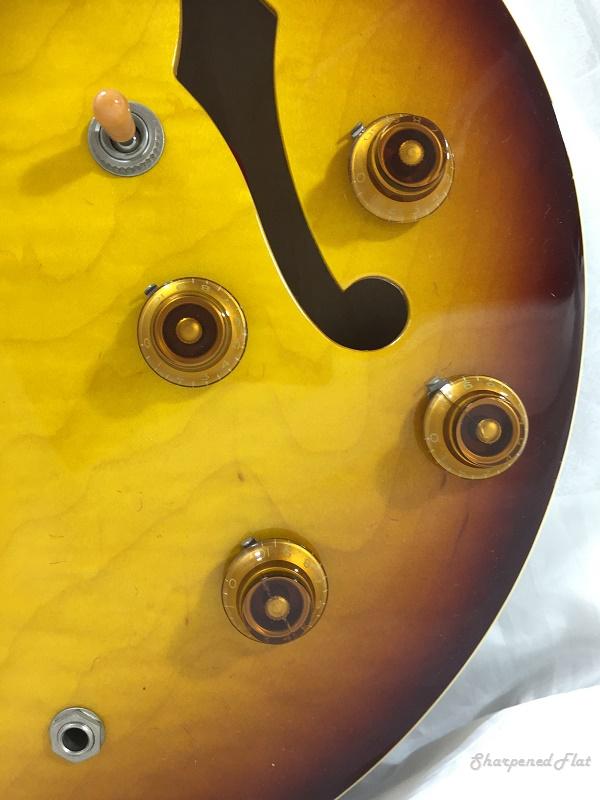 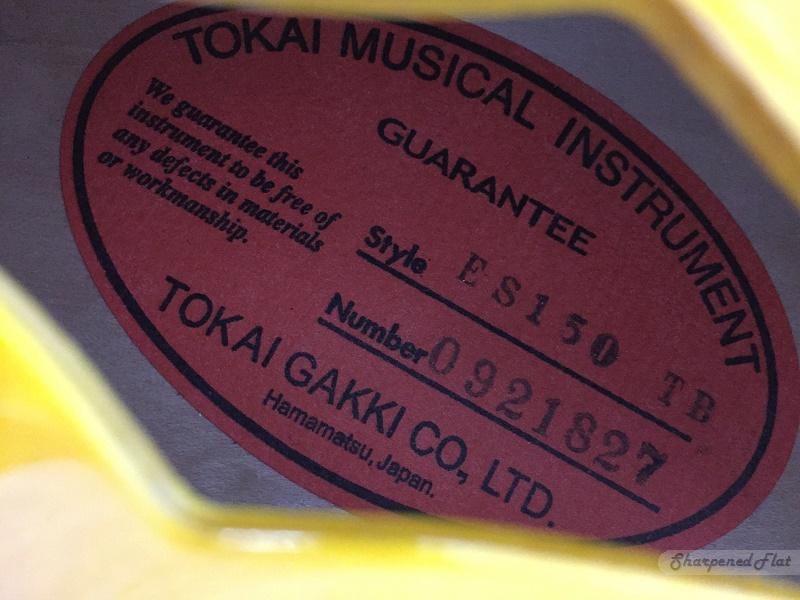 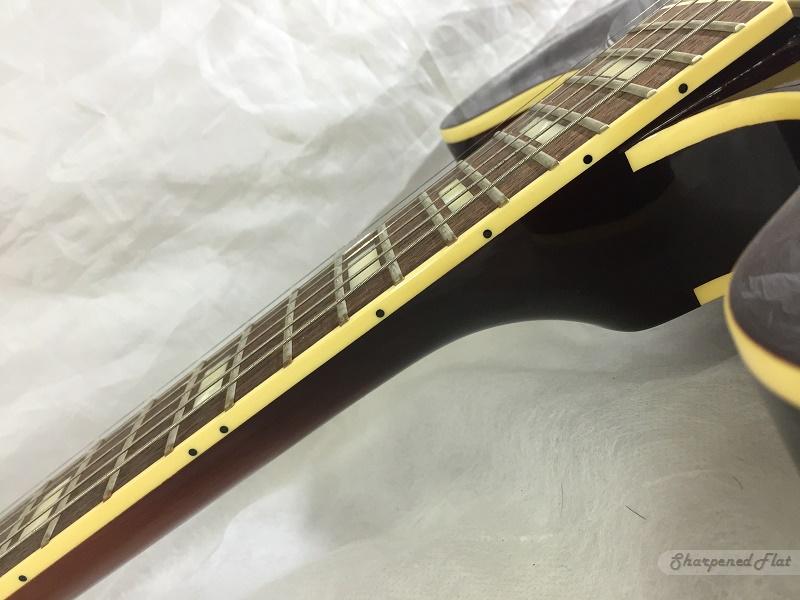 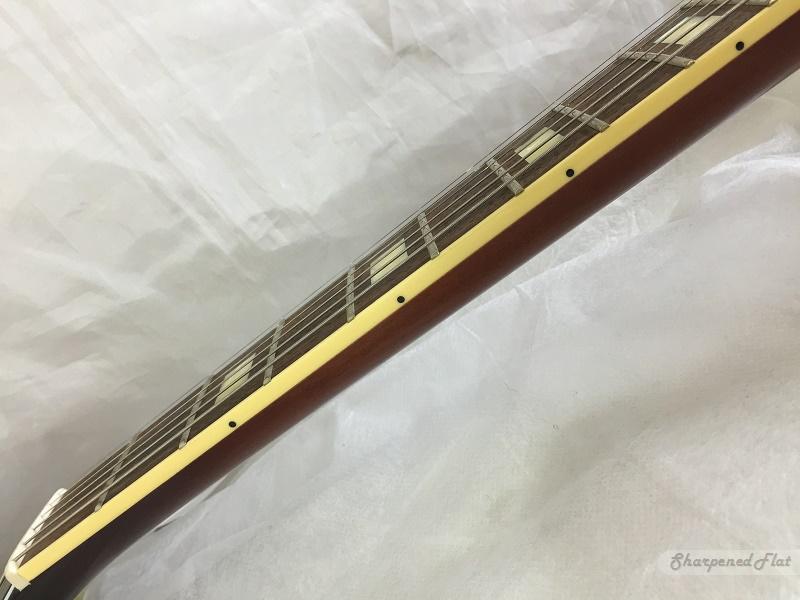 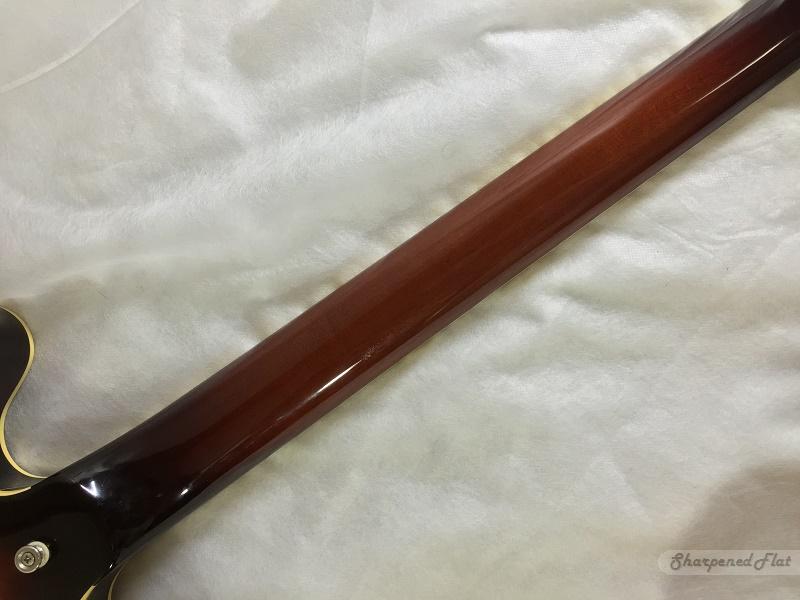 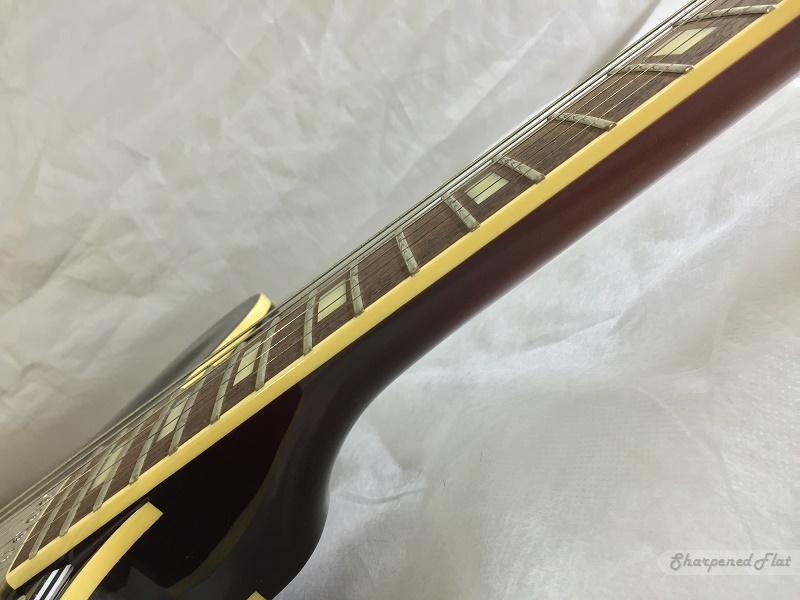 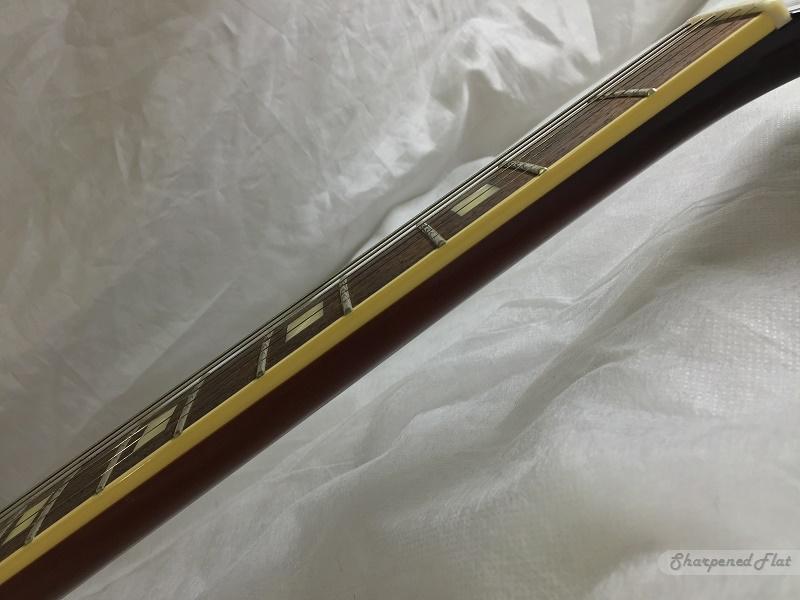 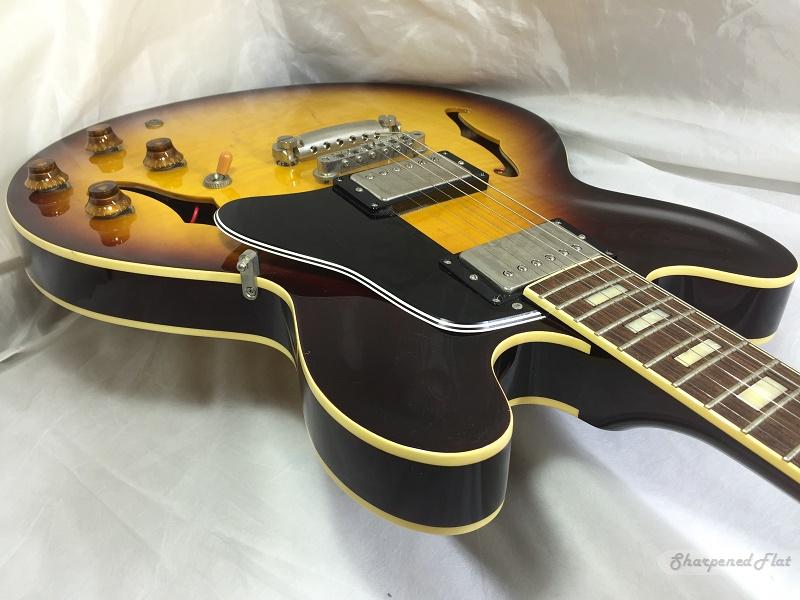 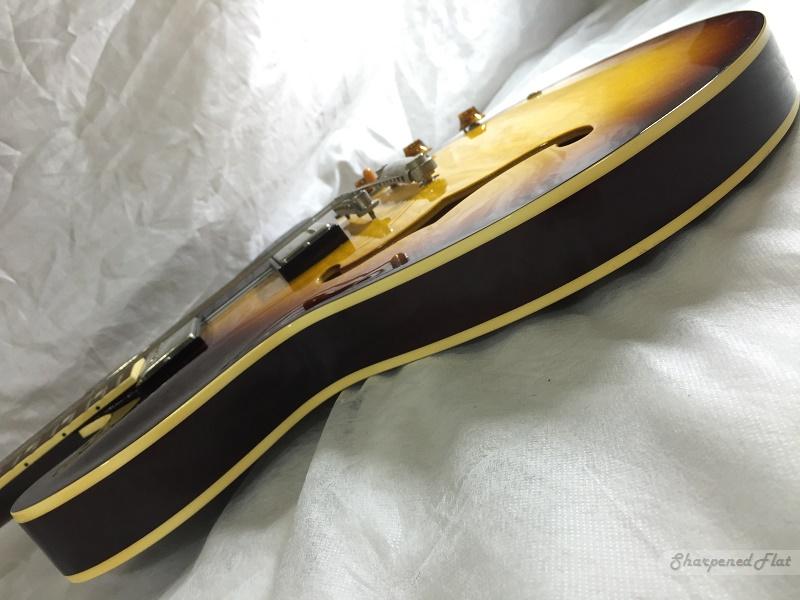 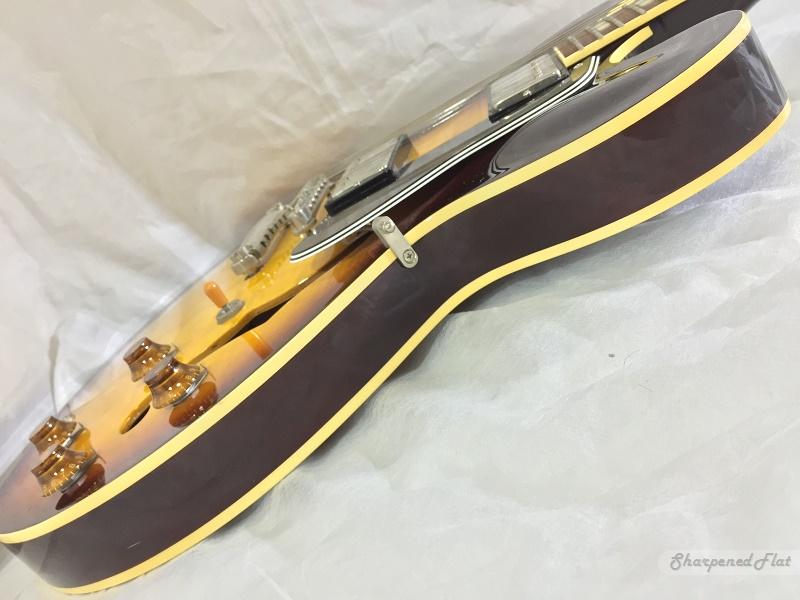 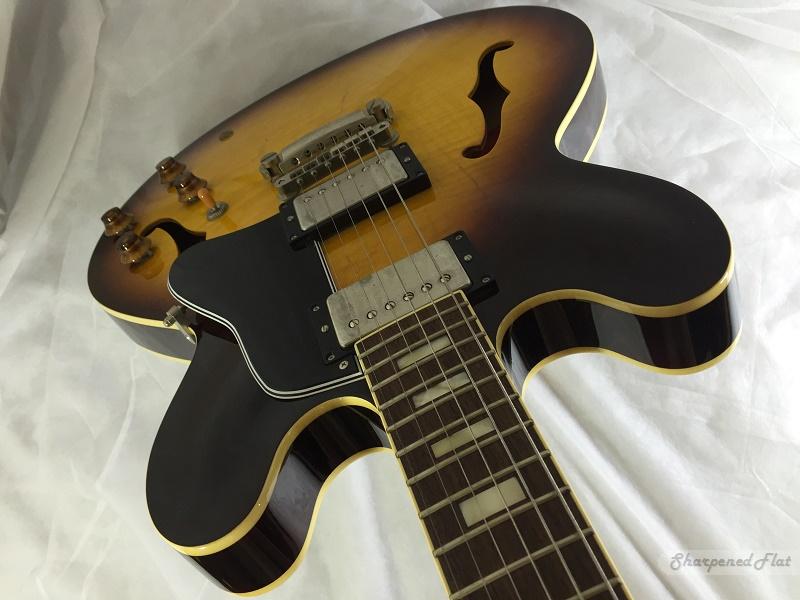 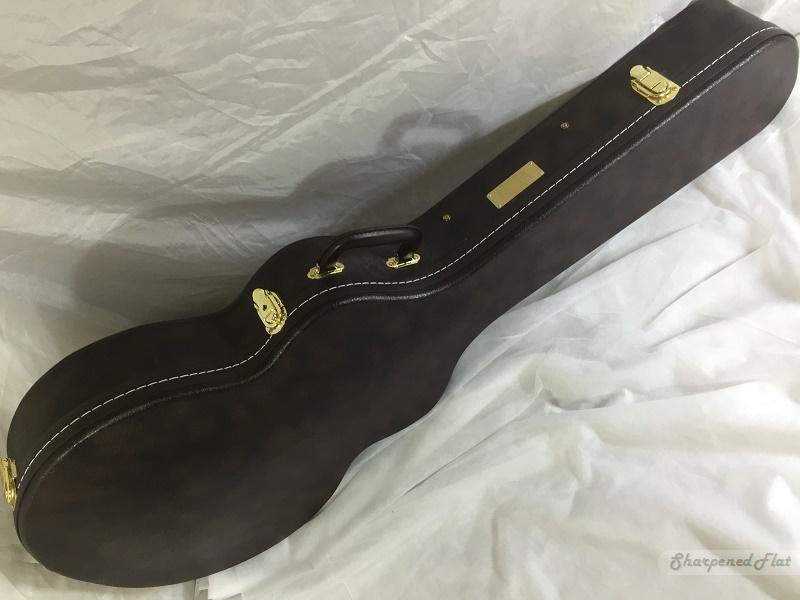 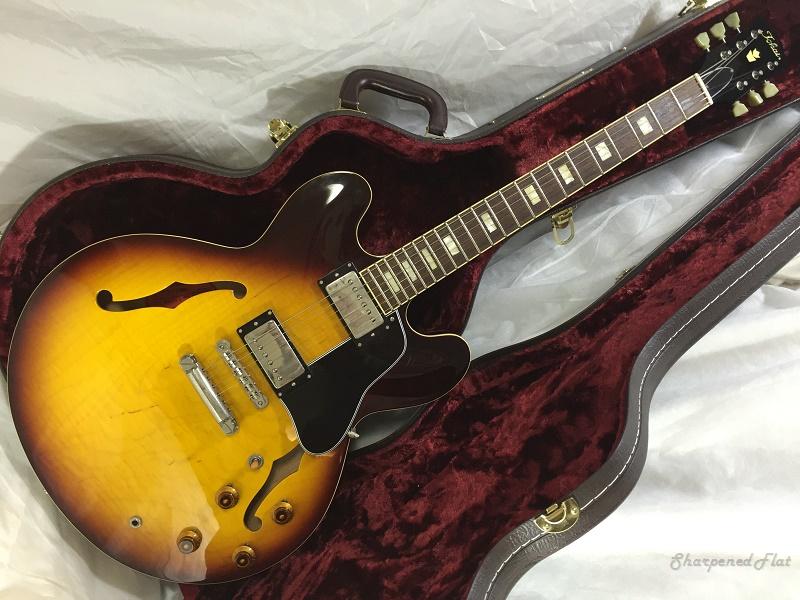 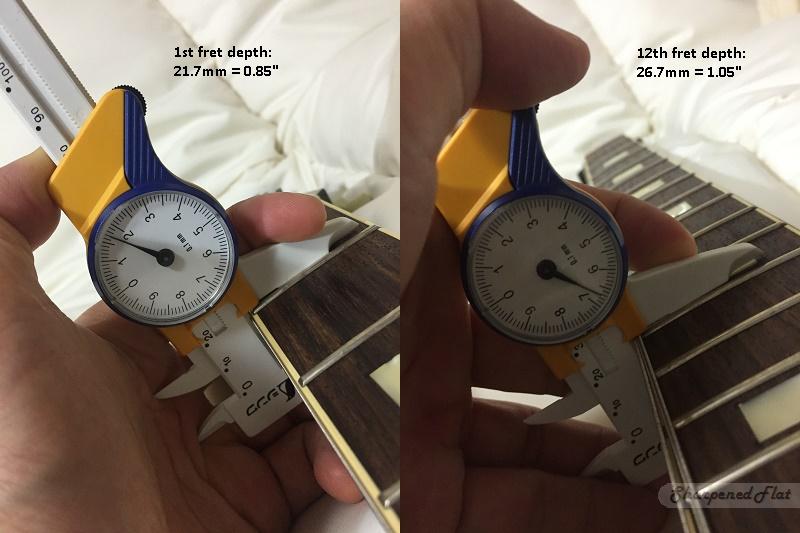 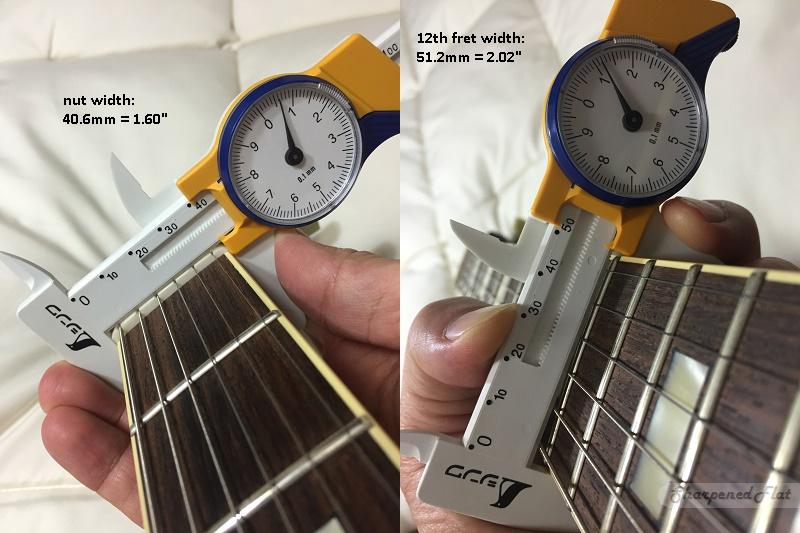 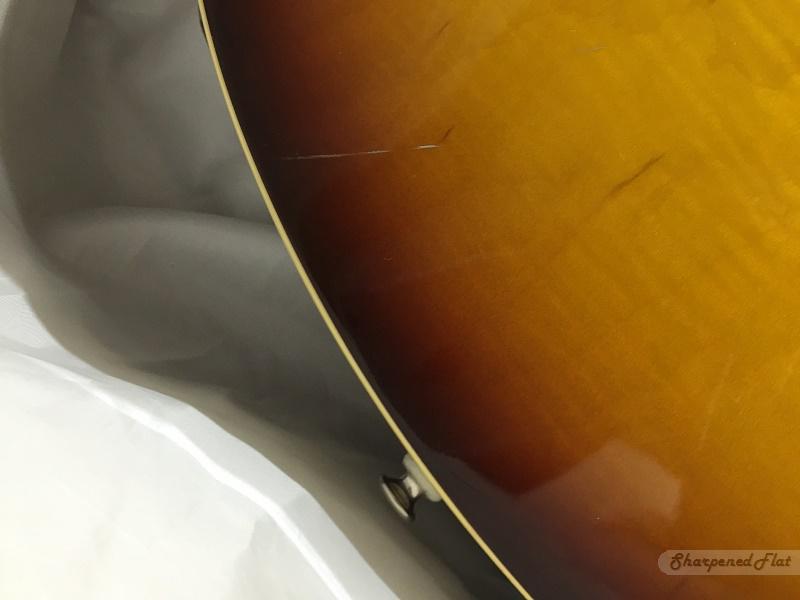 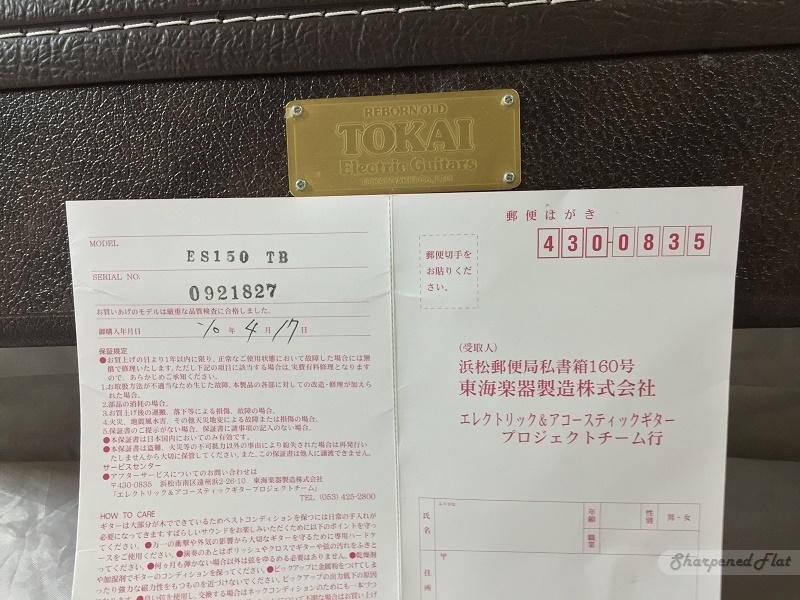